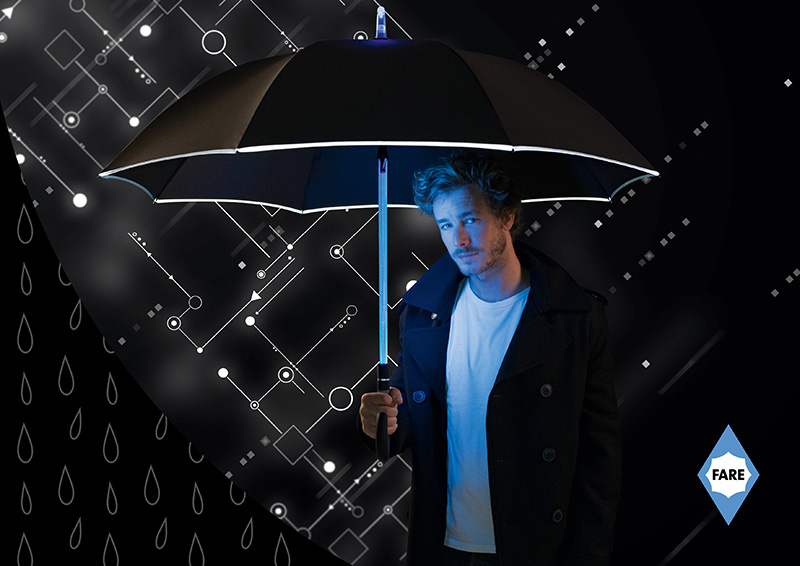 The FARE brand is almost 70 years old. During his productive existence, he not only took a leading position in the market, but also became an innovator in his niche.

From details to the whole - the history of FARE

The company was founded in 1955 in Remscheid, Germany. Starting as an exporter of German goods to Asia, a decade later it switched to supplying components from Asia to umbrella factories located in Germany. By the end of the seventies, the owners decided to focus on importing finished models of promotional umbrellas, first from Taiwan and later from China. At the same time, FARE acquired the largest factory in Germany and devoted itself to the production of new models and the development of new design solutions.

The first successful invention of German engineers was the Futec automatic pocket umbrella, launched in 1989. Then, in 1997, another innovation followed - a miniature aluminum umbrella weighing only 200 grams. Successful innovations followed one after another, and soon the company gained a stable reputation in the market and a well-deserved love of customers.

Since 2017, the company has been involved in solving global environmental issues. The Ökobrella umbrella ranges are distinguished by their progressive design and well-thought-out eco-friendly details. Bamboo handles, an OEKO-TEX-certified plastic canopy recycled into polyester or polyester fabric, product labels made from recycled cardboard and transport packaging made from compostable film - the possible environmental damage in these models is significantly minimized. WaterSAVE canopy umbrellas are made from the latest technology dyed material with minimal water and energy consumption. 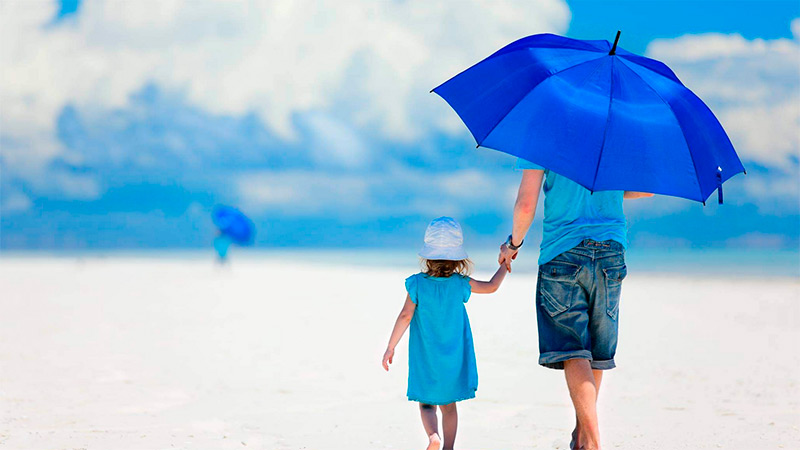 FARE pays no less attention to other key characteristics of a good umbrella - quality and design. TÜV and Labtech certificates provide products that have passed special multi-stage tests, and there are quite a few of these under the FARE brand. Most umbrellas are equipped with a reliable wind protection system. All materials used in umbrellas are constantly checked for the absence of substances harmful to humans.

We advise you to read:  Tie clip: 9 mistakes

Finally, FARE umbrellas do an excellent job with the main function - they protect from rain. Many have a Teflon or nano coating that repels water and dirt particles and significantly extends the life of the dome.

And they are spectacular, stylish and great for advertising. Evidence of this are numerous awards in the advertising industry (for example, the Promotional Gift Award among the most famous), as well as design awards. The brand has received the prestigious Red Dot Design Award more than ten times!

FARE. Your umbrella, your story.

Accessories 0 207 views
It would seem that such a simple product as an umbrella - well, what can be difficult in

Accessories 0 169 views
Today we decided to discuss with you a fairly popular topic. Is it worth giving a man an expensive

Accessories 0 153 views
Today we will talk with you about such a type of umbrella as folding. They exist in

Accessories 0 193 views
Every modern fashionista takes into account all the items of the ensemble from clothes to stylish accessories. And if

Accessories 0 257 views
Umbrella - a device that is designed to protect against rain, snow or sunlight. Product