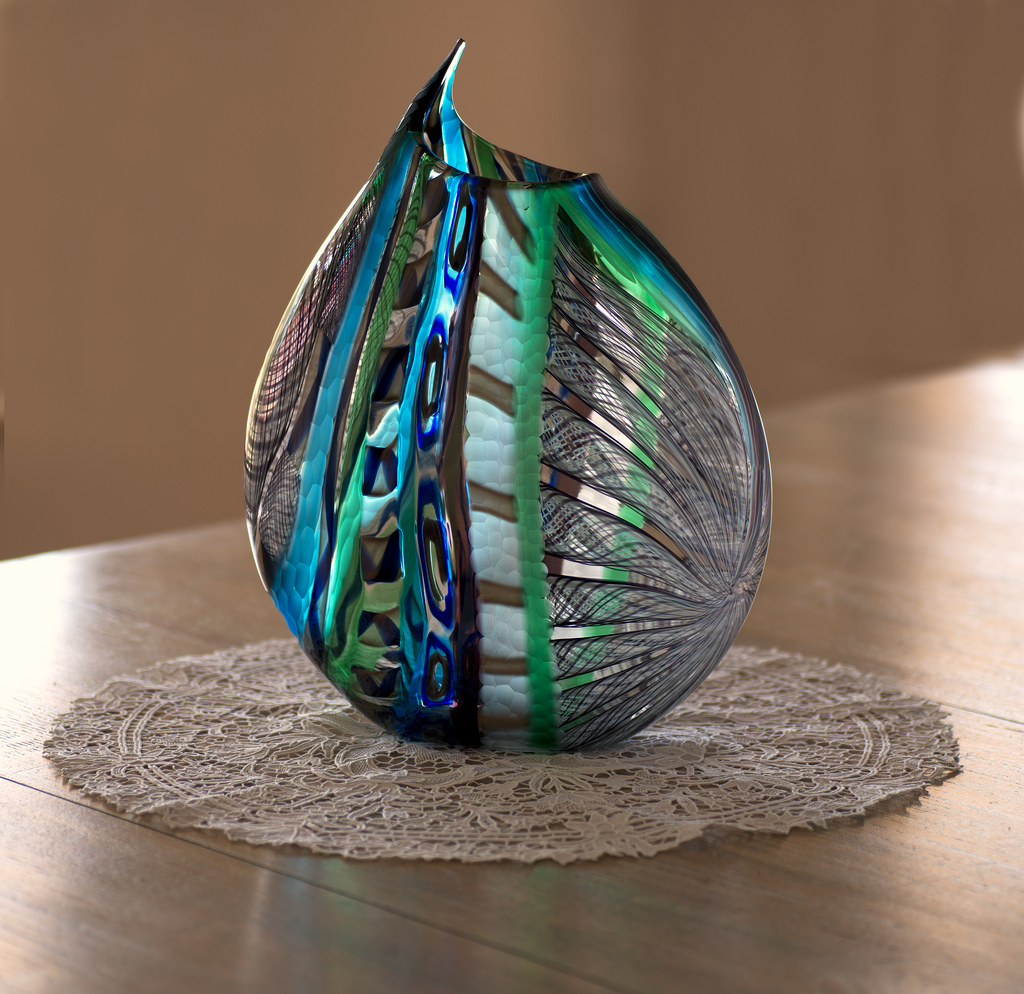 Murano glass is also known as Venetian glass, named after the historical location of workshops and factories (Venice and the island of Murano). It is considered one of the assets of Italian production and culture, has a long history.

What is murano glass?

The main features of glass products of this type are:

Advantages of items made from this material:

The disadvantages of products are few, they can only be attributed to their fragility and high cost.

Murano glass has a rich history. For the first time, the production of Venetian products was mentioned in the 10th century, until the 13th century it was in its infancy, simple items for home use were produced, the material of which was no different from other creators, and also had no artistic value.

In the 13th century, after the capture of Constantinople, beautiful works of Byzantine glassblowers, masters of the state, as well as recipes for creating masterpieces, came to Venice. At this time, in addition to household items, traditional vessels, bottles, beads and glass beads began to be made. The material becomes transparent due to the high degree of purification of the sand mixture.

Initially, colored glass is used, and craftsmen work on the territory of Venice itself, but later, due to the harmfulness of production and the danger of fire in buildings from stoves, all workers are relocated to the island of Murano. Such removal also contributes to the preservation of the secrets of creating products, which becomes important due to the intensity of the development of the industry in the 13-14th century.

In the 13th-14th centuries they began to create vessels with rich painting, beads and glass beads imitating precious stones, and also decorated with colored threads.

All employees of the island were forbidden to leave its borders, and in order to open their own business, it was necessary to work in this industry and in this territory for many years. Disclosure of secrets and production recipes was punishable by imprisonment or execution, however, the masters and their families had a number of benefits and advantages compared to other residents.

In the 15th-17th centuries. the era of the world domination of Venetian glass began, the richness of colors, shapes and variants of products attracts great attention to the works of Murano masters. During this period, frosted white glass was first obtained, warm shades of its color, options with sparkles, feathers, veins began to be made, and a “crystal” variety was invented, absolutely transparent, clean, with a characteristic brilliance.

We advise you to read:  Red and regular yellow gold: which is more expensive, better, and how they differ 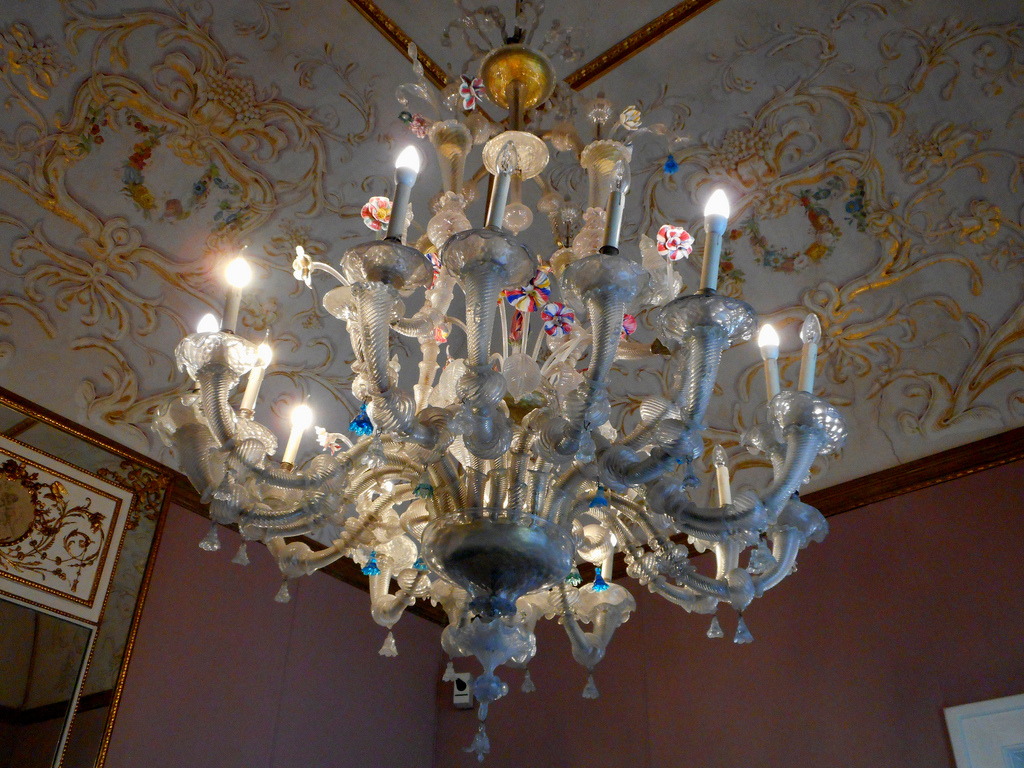 The mirrors of the Murano creators had a thin coating, which had excellent reflective qualities, and their reverse surface was covered with a pattern or carving. Vessels began to take the form of animals, bell towers, flowers and boats. Murano glass chandeliers were also popular, decorated with numerous details (leaves, flowers, rosettes), almost all elements of which were made from the base material, and where this was not possible, covered with it to hide the metal. The works of master glassblowers brought huge profits to the state treasury, were presented as gifts to noble nobles and heads of other states.

In the 17th century the popularity of Italian works fell due to the fashion for Bohemian glass, as well as the subsequent occupation by French troops and the closure of factories. Only in the second half of the 19th century, thanks to A. Salviati, traditional production was revived on the island of Murano, the first factory was opened. At present, there are many workshops on the island, the owners of some have ancient roots and are descendants of dynasties of glassblowers known since the 13th century.

There are a large number of varieties of Murano glass, each of which differs in its composition and technique of creation. The most common types are:

Murano glass production technology has not changed much over the years. To obtain the bulk, fine sand is used, which undergoes additional cleaning. Various metal oxides or pigments for coloring can be added to it. The resulting mass is heated to 1-200 degrees in an oven.

Next, the master takes a special tube with a wooden base at one end to prevent thermal burns of the skin, and a thickening on the other side, which is dipped into a glass mass.

After winding the glass composition from the reverse side, they begin to supply air, blowing into the cavity of the tube, turning it constantly. Glass, filled with air, stretches and takes the desired shape.

Sometimes the surface is covered with threads of a different material, glass chips of different colors, metal vapors, and also rolled on a flat surface or placed in special forms. It is also possible additional heating, dipping in cold water to create special effects. Then the vessel is broken off from the tube and the neck is processed.

To create mirrors, one-piece casting is used, not blown, as well as special rectangular shapes called kuari. A layer of glass of the required thickness is poured onto a thin layer of mirror amalgam, after which the parts are fused together, and the surface is treated.

All voluminous small objects and elements are made using the “a lume” technique. To do this, on an open fire, manually using special tools, the hot glass mass is stretched in the right directions. Details of complex figures are then connected to each other.

How to distinguish the real 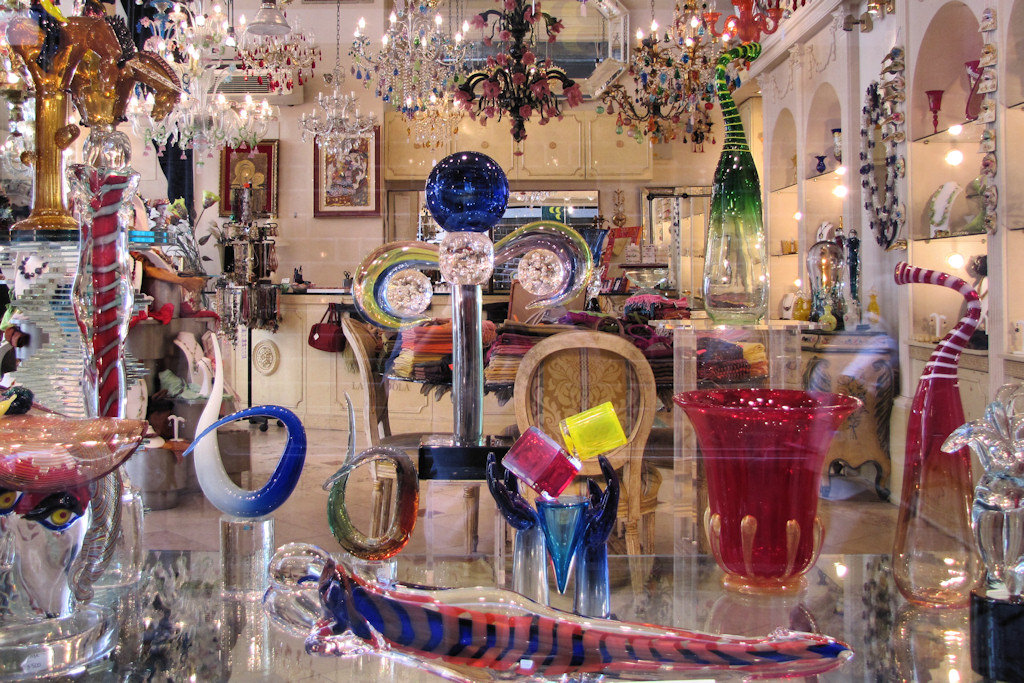 Sometimes glass products bought even in the homeland of glass can be fakes.

Their high price creates good ground for scammers from various stores, websites, and other sellers. To distinguish real Murano glass from a fake, follow these tips:

To care for fragile products, you should follow a few simple rules:

Real Murano glass, with proper care, will delight the owner with its grace and beauty for a long time.

Interesting 0 137 views
The British feature film "Kingsman: The Secret Service" can be reviewed endlessly, if only for the sake of impeccable style

Interesting 0 145 views
What is finift? This is a kind of applied art in which the production of works of art is carried out with

Interesting 0 178 views
It happens that a favorite ring can become large. The first thing you can do is try on the decoration

Interesting 0 383 views
The wedding ring is a symbol of mutual love and lasting union. If the product breaks, the spouses

Interesting 0 227 views
In articles about jewelry with gems, the phrase “Mohs scale” is often found - the authors explain,