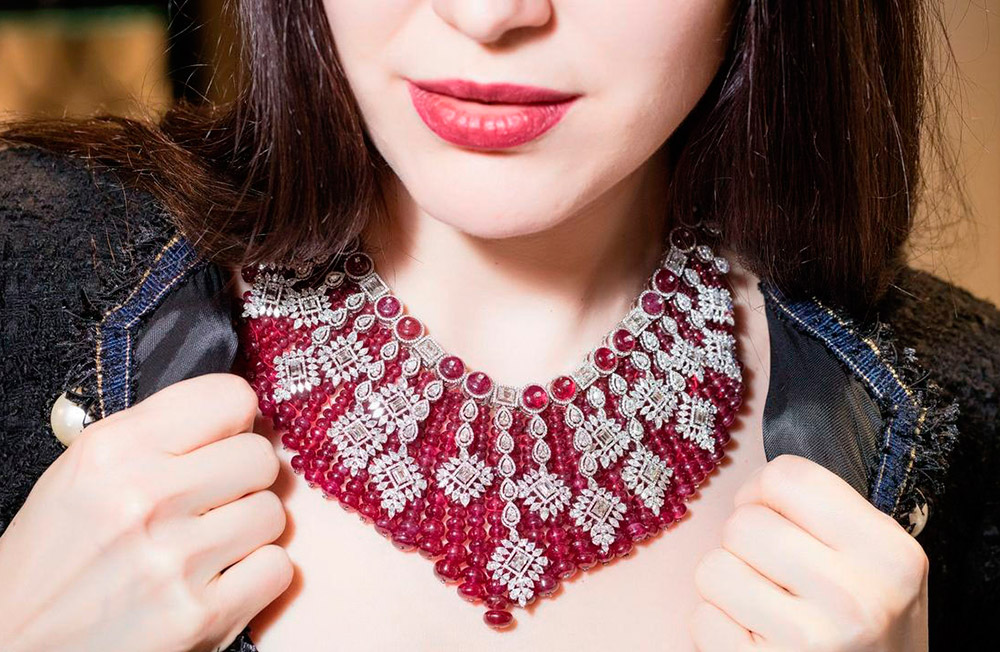 Necklace-plastron. This is an unusual neck piece. To say that it has become the trend of the new season will not be entirely true. This decoration has been around for a long time, or rather, since antiquity. And in the fashion world of jewelry, having appeared once, it has remained at all times. The plastron necklace is time-tested, has a thousand-year history, and therefore will never go out of fashion.

Among neck jewelry, plastron necklaces are the most spectacular and massive, covering most of the neckline. They resemble luxurious collars made of precious stones, beads or sparkling rhinestones.

The history of the plastron necklace

Researchers of ancient cultures believe that the emergence of neck jewelry began with ancient Egyptian jewelry. The first plastrons can be called the Egyptian uskh - a collar ornament worn by both men and women of the upper class.

Uskh symbolized the Sun, the god Ra and was made of colored stones, mainly turquoise, lapis lazuli, carnelian, malachite, as well as enameled gold plates. These decorations were quite heavy, the weight of pharaoh's uskh could reach several kilograms. To make the decoration fit well and comfortably on the chest, a textile or leather lining was attached to it.

Almost all ancient Egyptian jewelry in the modern world continues its life, being transformed under the influence of designers' fantasies. This is what happened with uskh. 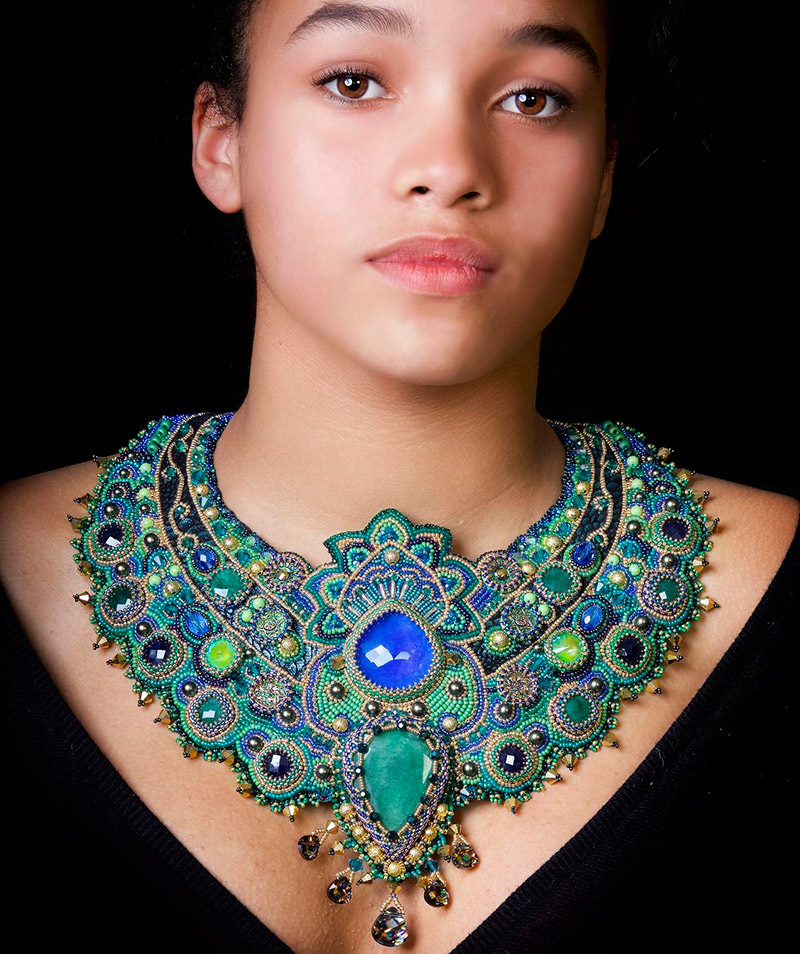 The name "plastron" is of French origin. Many decades ago, this was the name of the upper part of the men's shirt, which was visible from under the tailcoat. Then, in the hot summertime, men began to allow themselves to wear not a shirt under a tailcoat, but only its upper part with a collar, or a shirt-front. This part of the costume was later called the plastron. But at the same time in France, women's jewelry-collars became especially popular, and they also began to be called plastrons, which were made from pearls, diamonds, silver, gold and other precious stones and noble materials.

We advise you to read:  Rose and yellow gold: which is more expensive and how they differ

To create modern plastrons, not only precious or semi-precious metals and stones are used today, but also feathers, leather, beads, wood, shells, bone and ceramics. All these decorations are available for everyone, with any family budget.

There are unique plastrons in the style of various ethnic cultures. Many girls do not deny themselves the pleasure of purchasing such antique-styled necklaces with spikes, geometric plates, chains, shells or feathers. 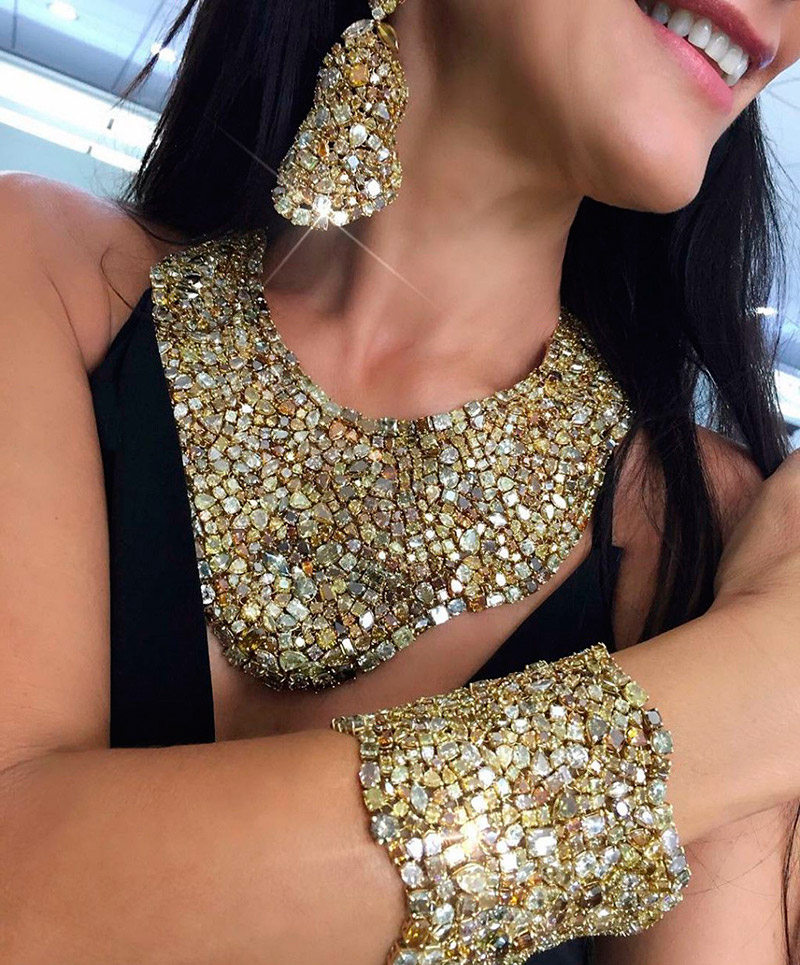 Plastrons today are decorations in different styles and with a stunning effect. They can be perfectly combined with evening and everyday outfits. However, if you are in doubt about choosing an outfit, then you should limit yourself to the simplest silhouette and cut, calm shades, without frills and decorative additions, because you still need to take into account that the plastron necklace is the key thing in the whole image. She's so prominent and attention-grabbing, so everything else should be kept understated.

In 2017, the jewelry brand Boucheron, celebrating the opening of its boutique in Moscow in 1897, created the Hiver Imperial collection, dedicated to the northern country - Russia. For many decades, almost all Russian nobility have been customers of the jewelry house.

Hiver Imperial was inspired by the Russian winter. A plastron necklace called Baikal was dedicated to Lake Baikal. Set in white gold, a large 78,33-carat Santa Maria aquamarine, shimmering moonstones, pearls, diamonds and aquamarines. The ideas of designers always delight and surprise fans of jewelry art, and in the plastron necklace the field for design fantasies is endless.

A plastron necklace is the easiest way to add expressiveness to your look, and the most perfect decoration to turn an ordinary gray dress or jeans with a men's shirt into a bright and bold outfit. 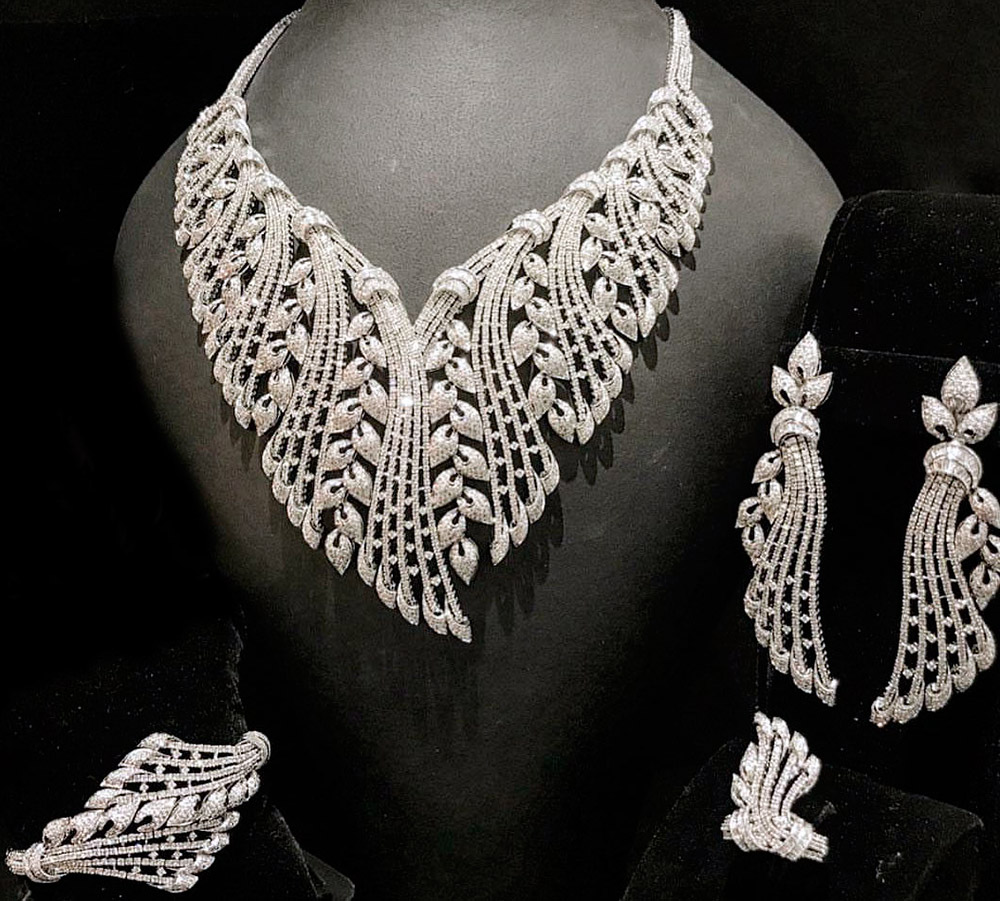 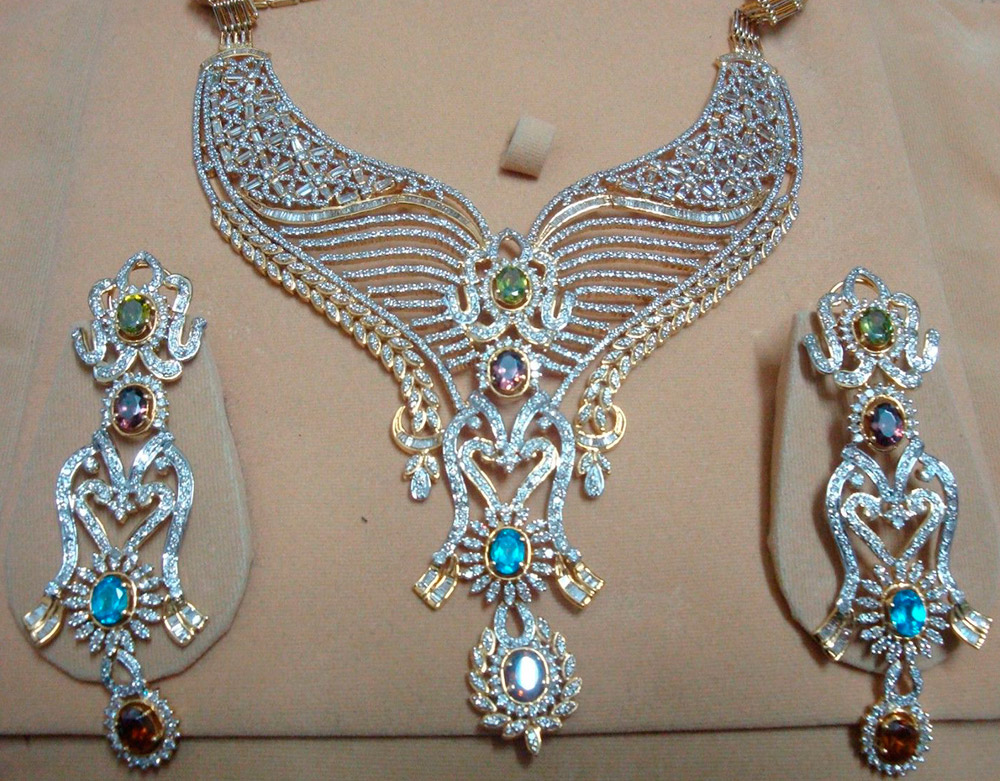 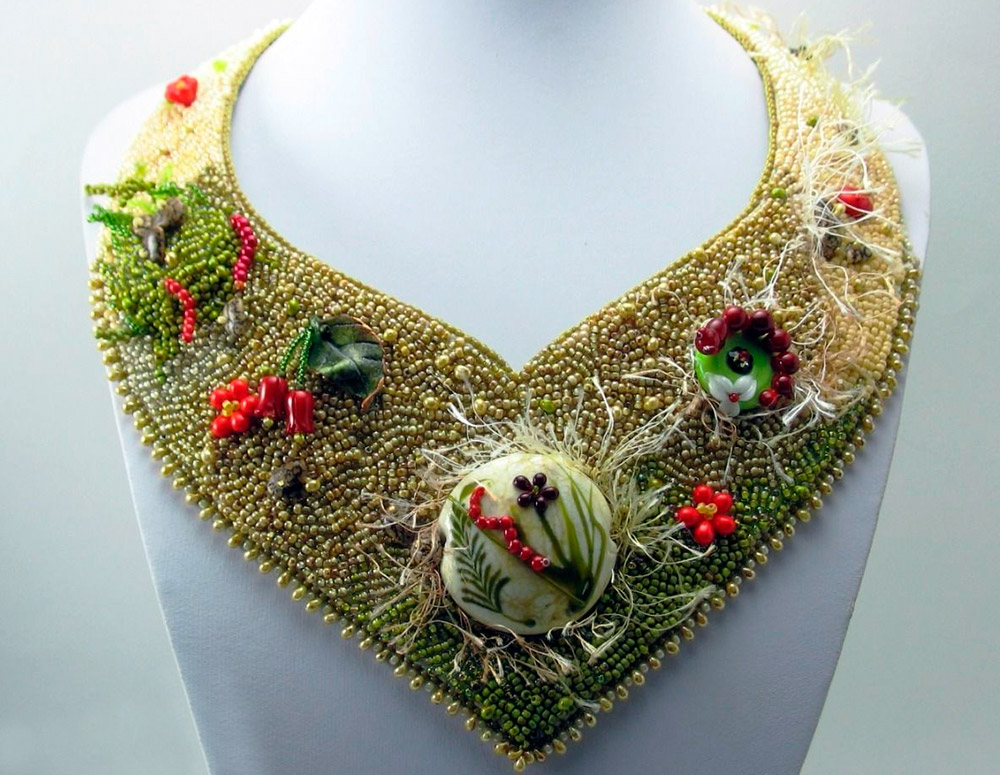 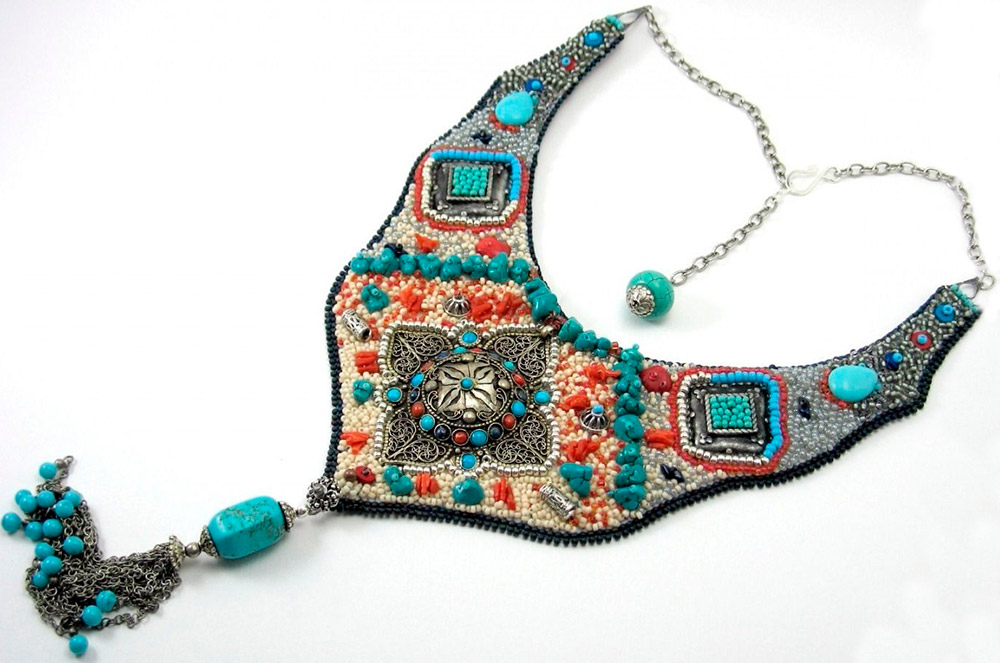 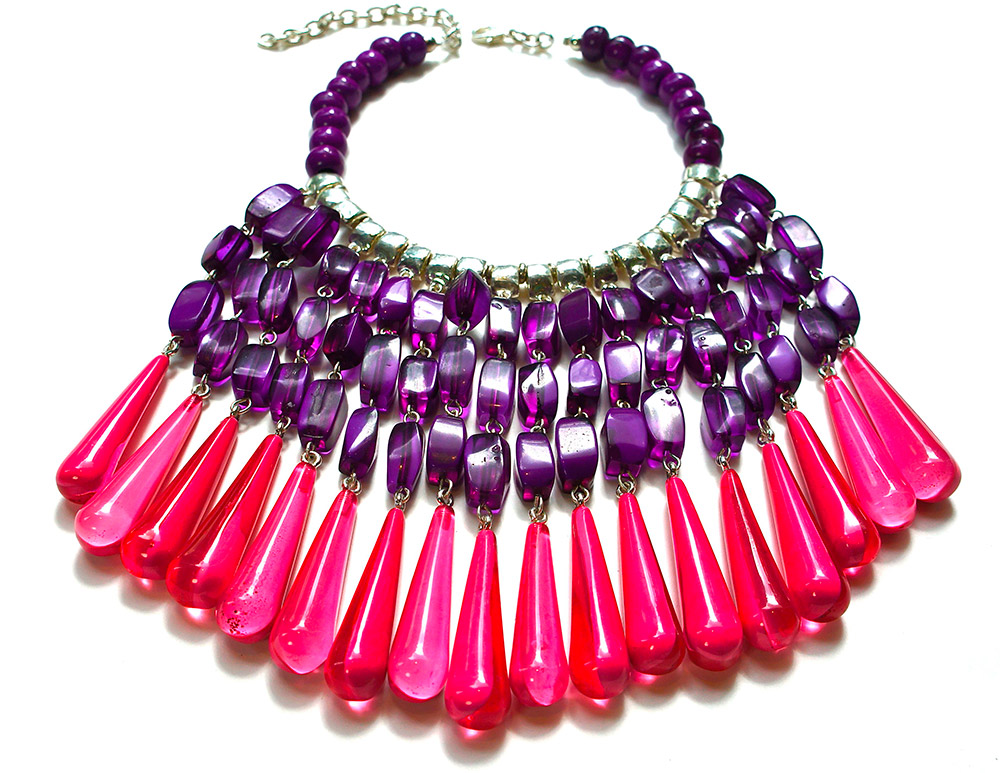 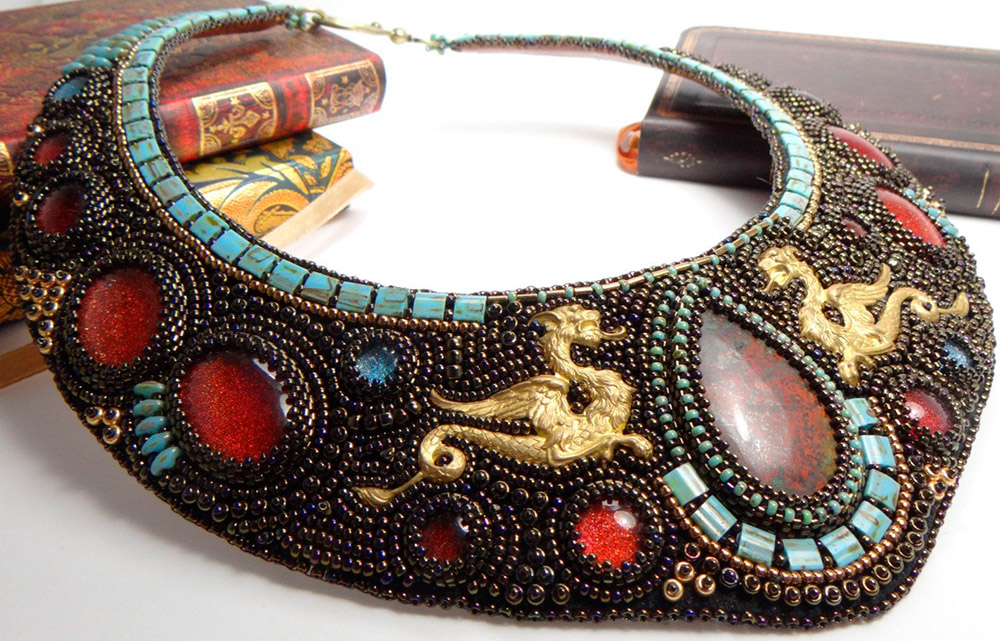 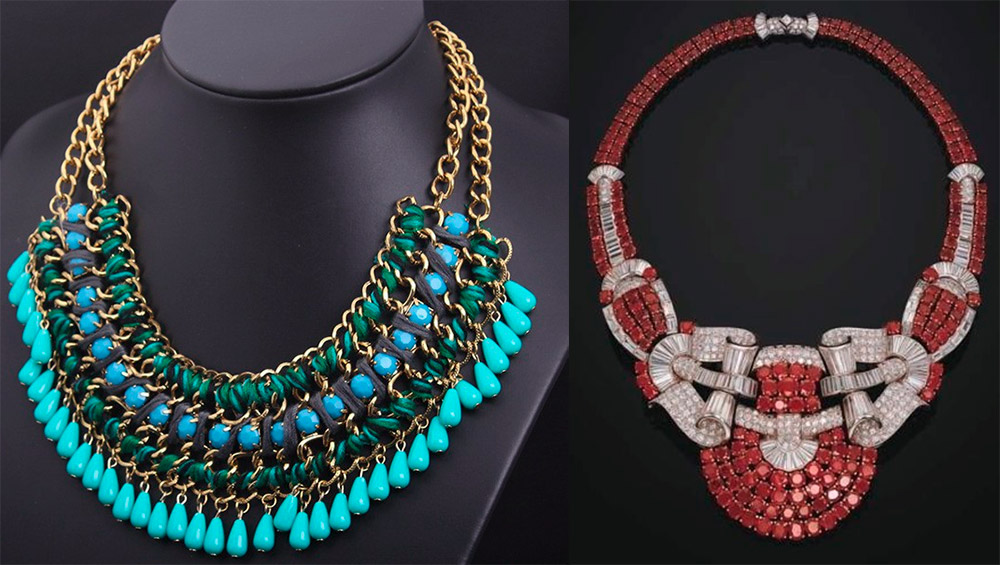 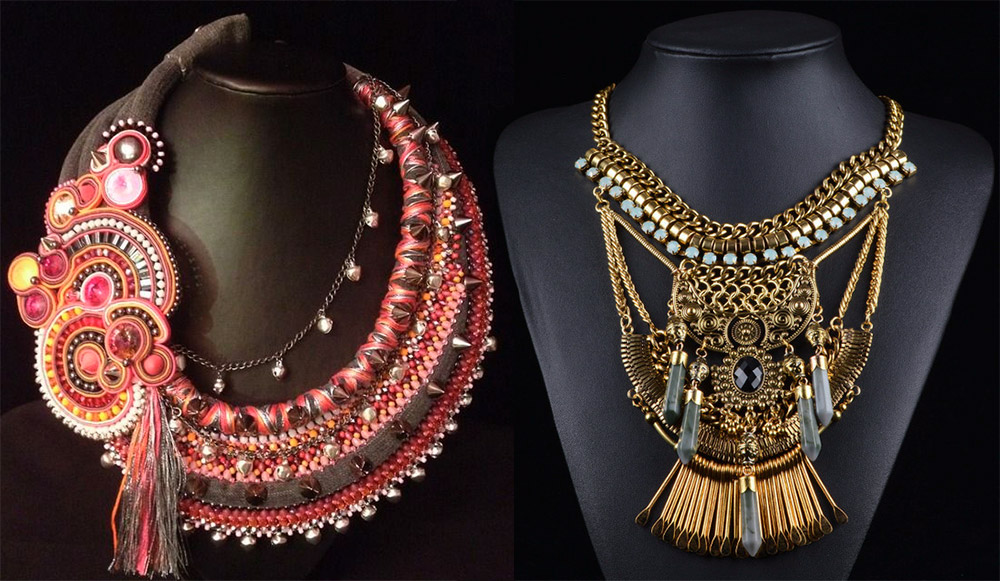 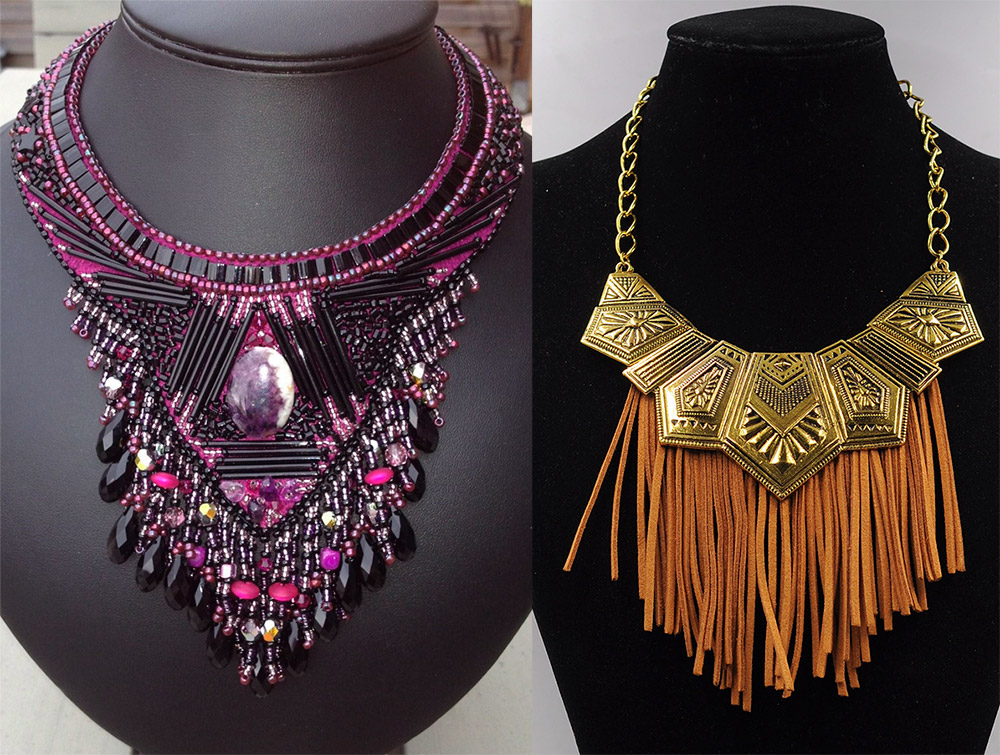 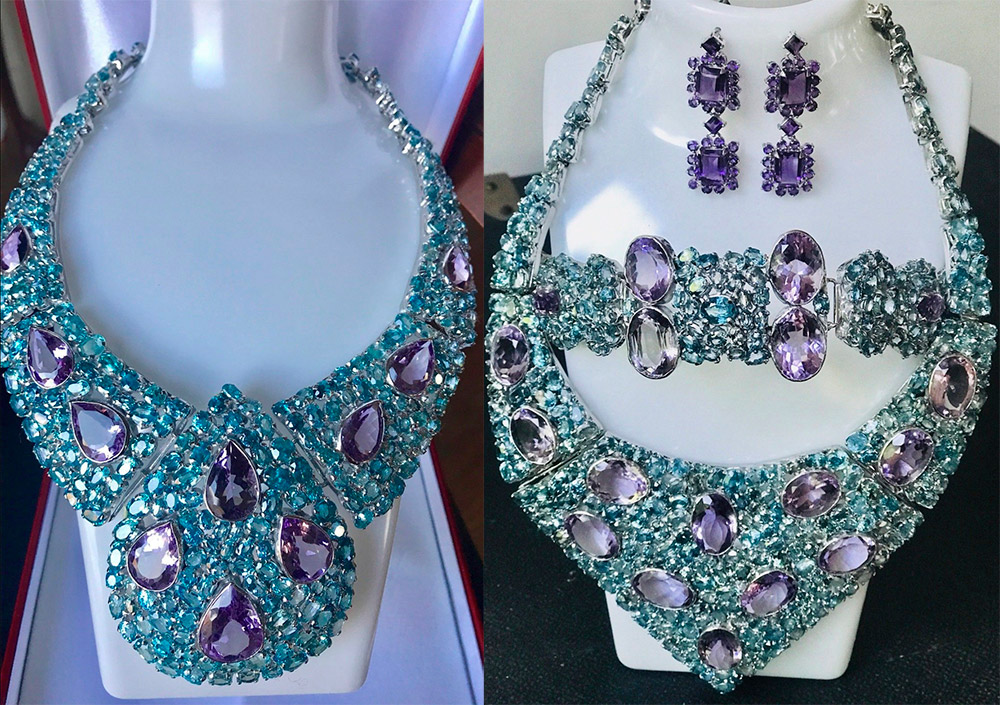 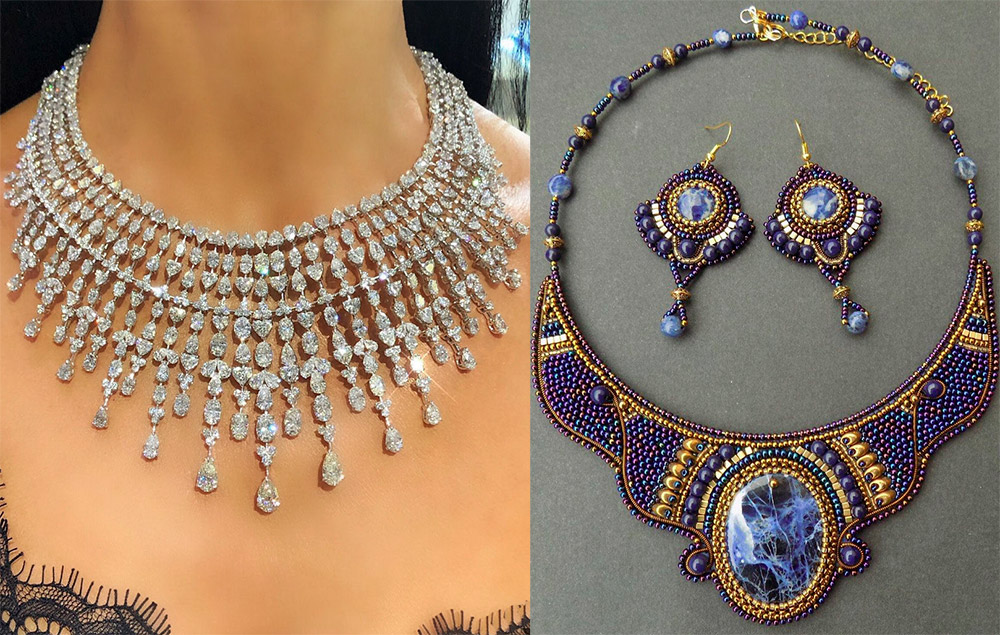