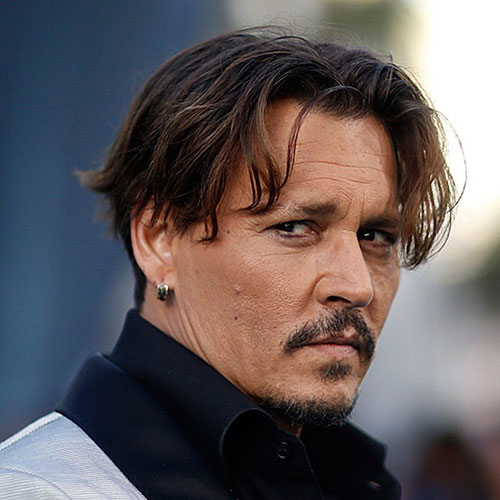 The twentieth century turned many ideas about fashion, culture and even traditions upside down. Changes have also taken place in men's attitudes towards jewelry. But the symbolic meaning of jewelry and the sides on which they are worn has not gone away. We answer popular questions and talk about the types of men's earrings. 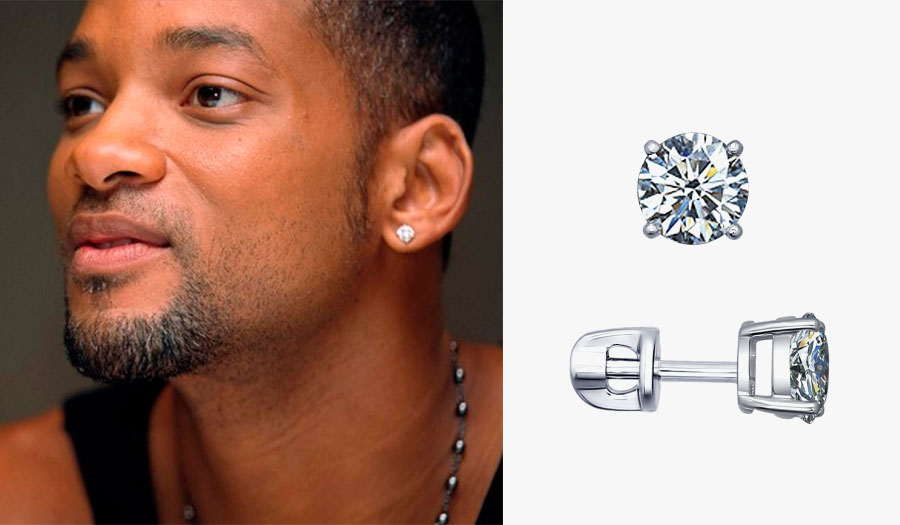 In which ear do men wear an earring?

Today, men wear earrings either individually or in both ears. The latter method is preferred, for example, by Will Smith.

What does a single earring in a man's left ear mean?

And if the guy has an earring in his right ear?

This means that he belongs to sexual minorities - at least, so it is considered. Since the attitude towards them in our country is rather negative, men are advised to wear earrings either in both ears, or only in the left ear. An earring in a man's right ear means that he openly declares his orientation.

We advise you to read:  Comfort comes first - the most comfortable jewelry for a stylish home look

Do men wear two earrings in both ears?

Yes, they do. It is believed that earrings are the privilege of a female or gay people, but this opinion can be easily argued with. For example, David Beckham prefers formal suits, but often wears earrings. And Johnny Depp accentuates the look with graceful round earrings.

In Russia, most of the men wearing earrings are people of creative professions, far from stereotypes, prejudices and strict standards in clothing and image.

Can a boy have an earring?

Son came home with an earring in his ear? No need to sound the alarm, perhaps he decided to become a musician and so strives to be like idols. It is better to ask and find out the reason. In the case when the reason is public - the fashion of peers, etc., you need to calm down and observe. Most likely, over time, the decoration will lose its relevance and go into the back burner.

The issue of earrings in the boy's ears can be solved with the help of a compromise - clips. This will help maintain mutual understanding and calm on both sides. 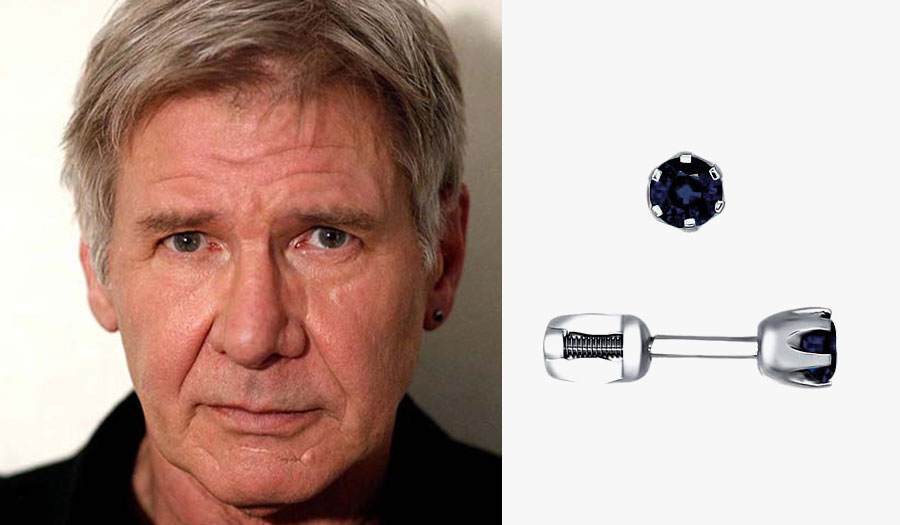 Today, there are not much fewer varieties of men's earrings than women's. Studs, rings, clip-on earrings, magnets, cuffs and classic earrings of various shapes are more popular. For example, heavy earrings in the form of a cross.

In form and design, jewelry of the stronger sex differs from women's jewelry - they are more strict. However, some lovers of earrings choose extraordinary options. For example, Garik Sukachev sometimes flaunts gypsy earrings.

Stud earrings in a man's ear look stylish and in an office setting for a Friday "casual". Although Hollywood actors and musicians do not hesitate to wear them even under a jacket or tailcoat. Studs with black or white diamonds are also in trend. They emphasize not only the taste of the owner, but also success.

We advise you to read:  Focus: Meghan Markle's Jewelry

A ring earring in a man's ear is the choice of rock musicians, artists and other people of creativity. It is unlikely to be combined with a jacket or tailcoat, but it will suit worn jeans, a bright scarf and a loose-fitting jacket.

For those who are embarrassed to put an earring in their ear, but want to experiment with the look, men's ear clips are suitable. The variety of such products is no less than standard earrings, so you can safely go to the store and choose.

Are there magnetic earrings?

Yes, magnetic earrings for men are an alternative to classic jewelry. Outwardly, the design is similar to the usual ones, but a magnet is inserted at the place of contact with the ear. 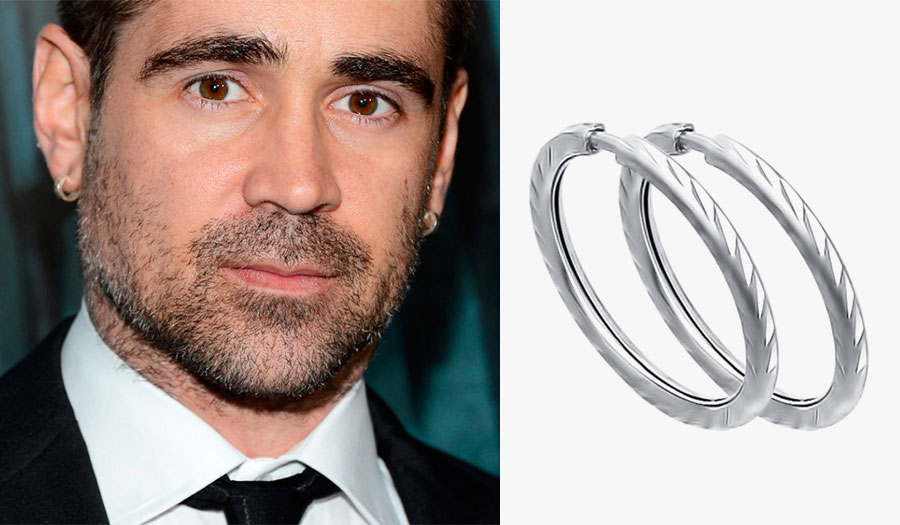 Gold earrings are a worthy gift. But not every man will agree to wear classic gold jewelry, so it is better to choose white gold. Men's silver earrings are a matter of taste. Before choosing a material for jewelry, you need to look at what metal a person wears jewelry from.

Despite the fact that medical steel is not an expensive metal, jewelry made from this material looks masculine and goes well with the steel of the watch case. The choice of material depends not only on taste preferences or the purchase budget, but also on the possibility of an allergic reaction of the body. 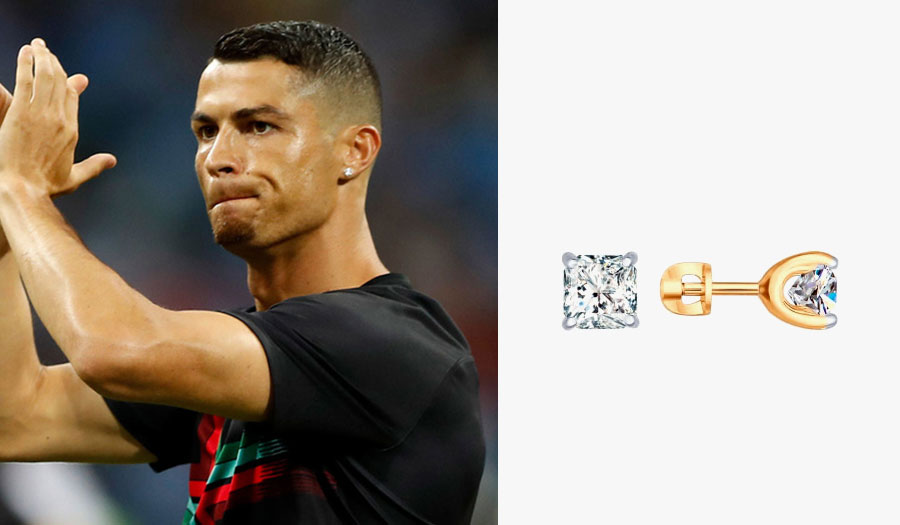 Men's diamond earring: to be or not to be?

It all depends on the profession, taste and preferences. An engineer or a big businessman would rather refuse to wear it. They must obey the rules of appearance, otherwise they will be taken lightly. But an artist, musician or socialite will most likely like a diamond earring.

Jewelery and bijouterie 0 65 views
Miriam Haskell occupies a special place among all famous designers of Costume Jewelry (bijouterie). She was born

Jewelery and bijouterie 0 78 views
Gold is always relevant, beautiful and desirable, but why limit your jewelry wardrobe to only precious

Jewelery and bijouterie 0 83 views
Jewelry and accessories with pearls are at the peak of popularity. The beauty industry is not far behind either.

Jewelery and bijouterie 0 59 views
Creative and carefree boho style is perfect for the warm season, relaxing by the sea