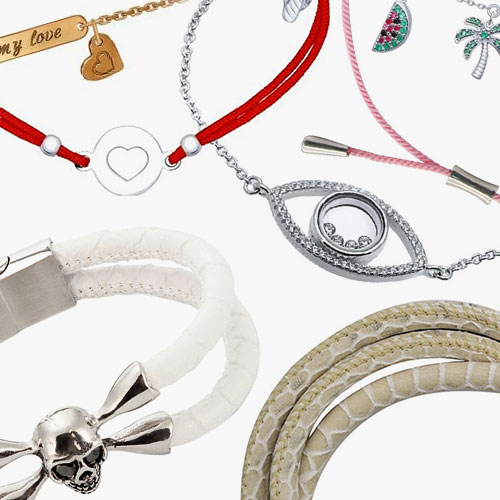 Thin chain bracelets, lace bracelets and string bracelets are one of the trends of the decade. Almost everyone likes them: from teenage girls to adult business women, from high school students to brutal yachtsmen. The main reason is that it is a very democratic thing. A thread bracelet with a small silver pendant can be afforded even by a schoolgirl with the money saved in the movies and coffee to go. 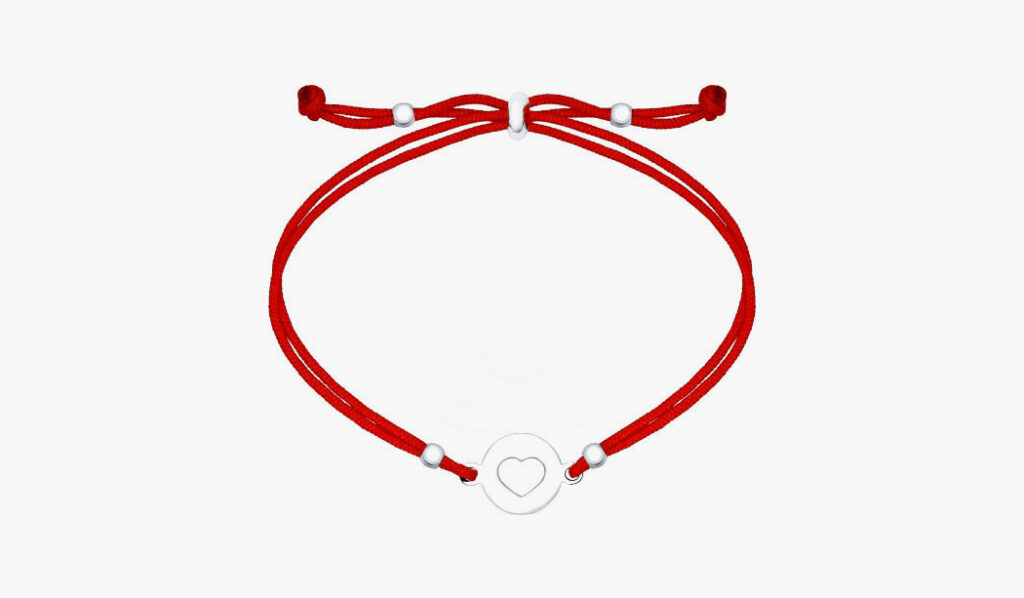 Where did the bracelets come from?

Threads and laces, tied around the neck or wrist, with or without pendants, were the first ornaments in the history of mankind - back in the days when people did not know how to work metals, and all decorative elements were made of bone, wood or shells.

Ropes and laces were tied around the wrists not only for beauty. Such things played the role of ritual and religious objects, a kind of "reminders", identification marks, encrypted symbols "friend or foe." It is not known how many centuries the custom adopted in Kabbalistics to tie a bright red thread on the wrist of men, women, and children is not known. But from these red threads comes a whole trend in this kind of jewelry.

The red thread tied around the wrist for happiness and good luck in the jewelry interpretation has turned into a thin cord-bracelet. It can be in a different color, with silver or gold decorative pendants, or a drilled pearl. 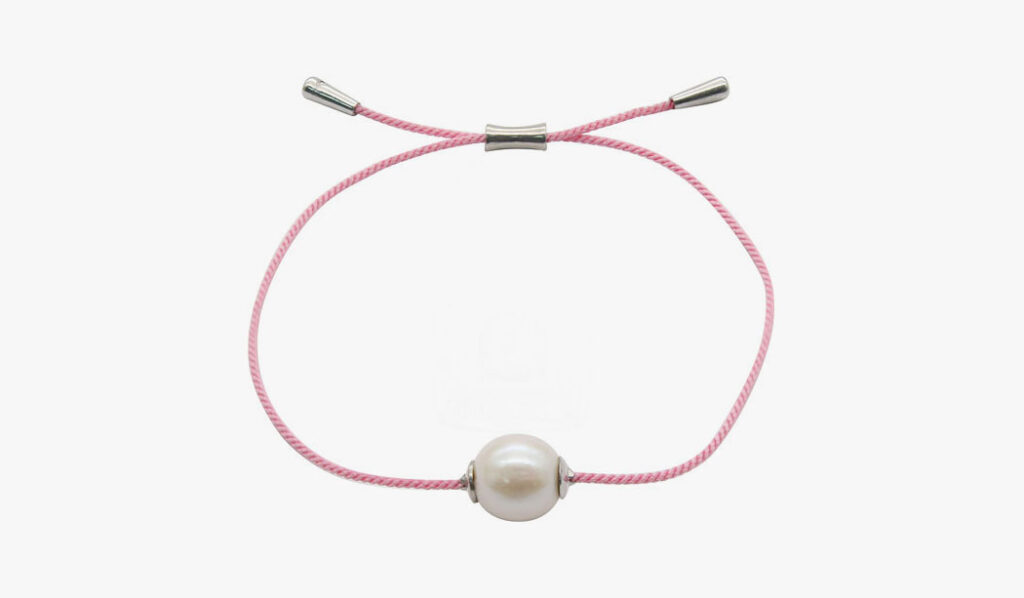 Why did they put pendants on bracelets?

Chain bracelets with pendants came into vogue in Victorian England. The word charm has many meanings: the literal French "attractiveness", "charm", as well as "charming", "bewitching" and even "amulet". They adorned the wrists of wealthy philistines and aristocrats. The theme of the pendants was anything - from miniature copies of household items to gizmos with a ritual meaning: for example, the image of a skull: it personified the motto memento mori - “remember death”, about the perishability of all things.

We advise you to read:  Jewelry you'll regret buying

Particularly popular are four-leaf charms - a symbol of good luck in the British Isles and other European countries. This motif formed the basis of perhaps the most popular daytime jewelry of the last century - the Alhambra sautoirs and bracelets of the French house Van Cleef & Arpels. The stylized "quatrefoils" made of ornamental stones or mother-of-pearl in these ornaments are connected by a thin chain.

Dior Joaillerie launched the Rose des vents (Wind Rose) series of chain bracelets a few years ago, with a round gold element reminiscent of a stylized wind rose. The Italian brand DoDo, a division of the Pomellato brand, specializes in bracelets with charms. Thin bracelets with pendants are still popular today. 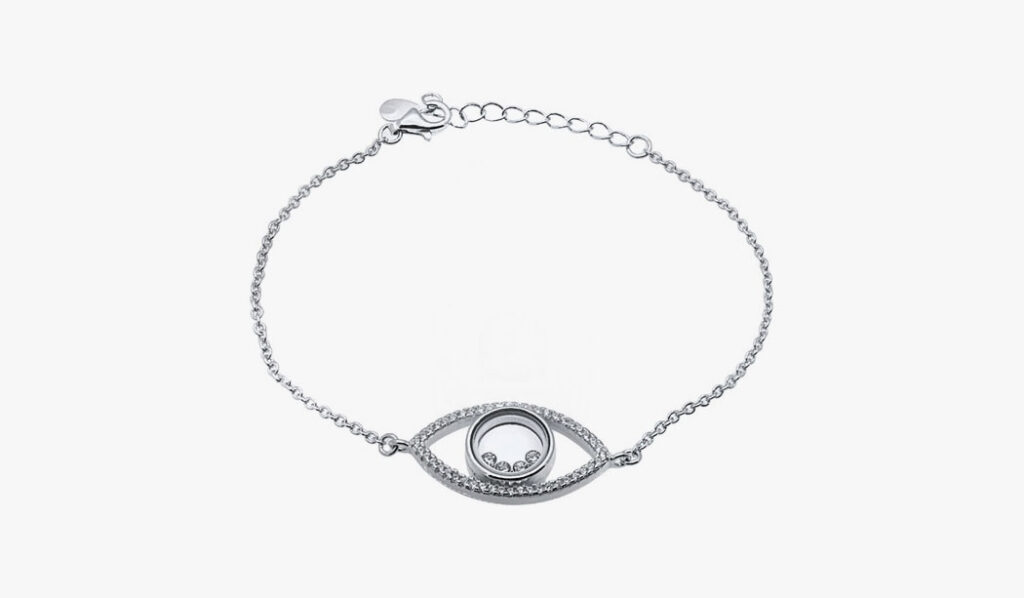 Worn and worn on bracelets and figurines and medallions depicting religious symbols, such as the Sacred Heart. In Italy, charms are hung on bracelets in the form of a coral sprig, which protects from the evil eye, or Neapolitan curniciello horns, also for good luck. In the Levantine countries and in the Middle East, children were put on hams talismans or “Fatima's palm” - an amulet against corruption with the image of an eye in the palm of your hand. It is considered a popular amulet among the Maltese, Greeks and Turks.

Chains or thin laces with an engraved metal plate were used to make it easier to find lost young children. Later, religious texts, commemorative inscriptions from the donor, wishes of good luck were engraved on such plates. Now bracelets with "messages" are also popular. 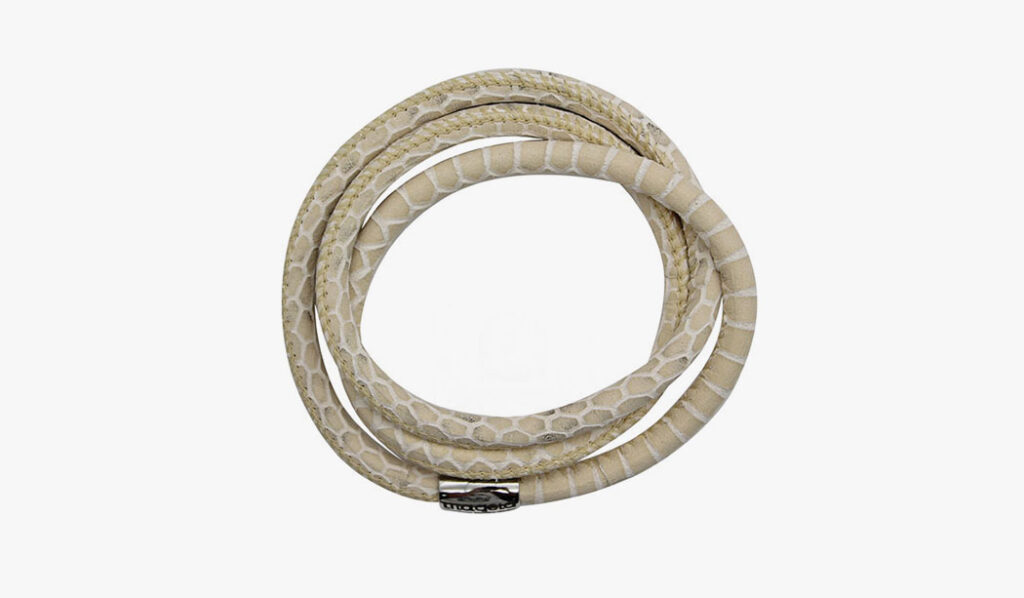 How will hippies be remembered?

The psychedelic and esoteric practices that young Europeans and Americans became interested in in the late 1960s and 1970s were borrowed from the indigenous peoples of America or from the Indians. Both cultures implied bright decorativeness: thus, bright woven bracelets made of colored threads and laces appeared on the wrists of European and American hippies: they called such gizmos “friendship bracelets”.

We advise you to read:  Beaded jewelry is the main trend of summer 2021

Even after the hippie culture faded away, colored threads and cords remained popular as the basis for jewelry. This confirms their presence among the products of Cartier or Tiffany & Co. But even in a more affordable price category there is a bracelet made of reptile skin or just bright, fastened with a silver or gilded clasp.