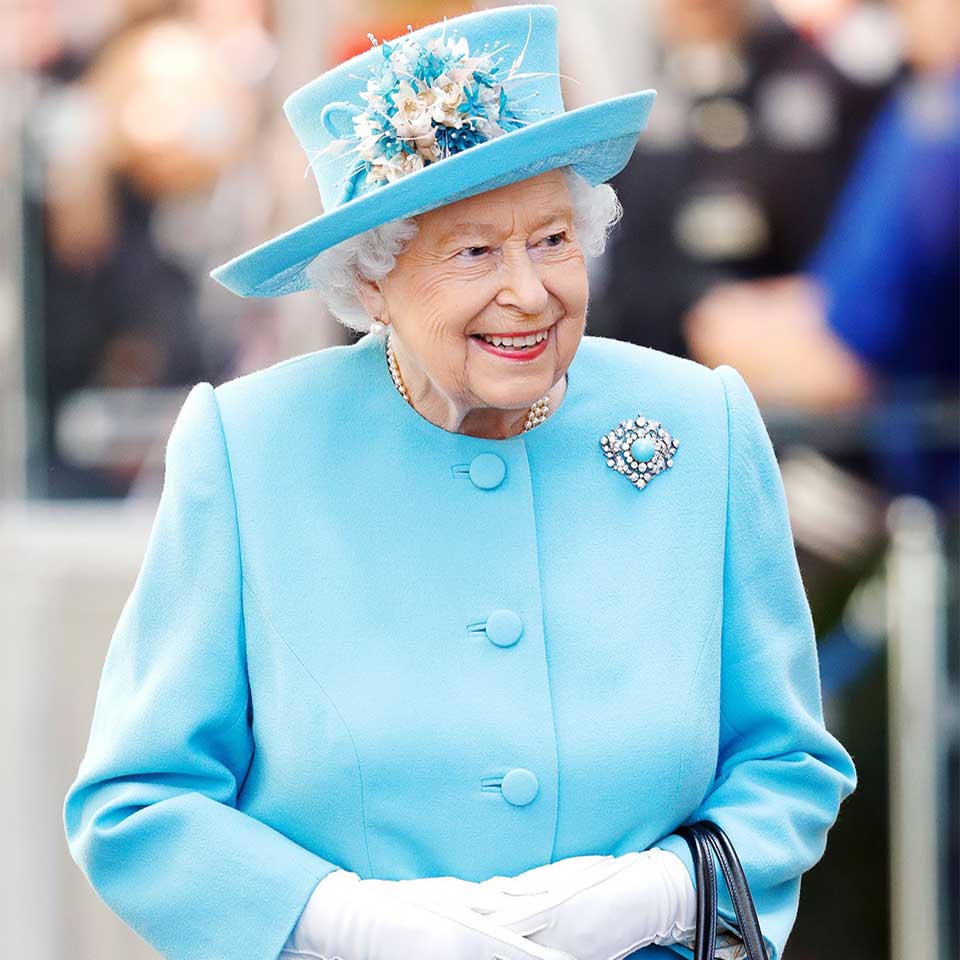 Jewelry is not just beautiful trinkets, it is a "language" that describes you, your thoughts and motives are more eloquent than any words. In the big game called "politics", women (as well as men) have no room for error, and therefore their jewelry style is thought out to the smallest detail. Margaret Thatcher's “working” jewelry, Madeleine Albright's “eloquent” brooches and Elizabeth II's jewelry hints ... We are talking about the most brilliant (literally and figuratively) jewelry statements in politics.

Despite the fact that many women politicians of the past and present can boast of rich collections of jewelry, they do not. Why? First, obscene luxury outrages and provokes ordinary people. Secondly, a woman in power should think “about the people”, not about diamonds. Therefore, the “working” jewelry wardrobe of political activists is usually restrained and limited, but at the same time extremely meaningful!

These adornments have a special meaning, sometimes obvious, and sometimes hidden. And if in Russia jewelry political language is used extremely rarely by women politicians, then for the United States and Europe it is an understandable and generally accepted tradition that fulfills its functions one hundred percent.

Michelle Obama and her "talking" necklace with the words "Vote"

So, for example, before the election of the 44th president of America, Michelle Obama, the wife of then candidate for the post of head of state Barack Obama, put on a very modest necklace with the words “vote” at the meeting of the National Congress of Democrats. Knowing how important it is for Americans of all ages to have the right to vote, an inexpensive but “speaking” decoration, she called on the citizens of her country to show responsibility and make informed political choices.

We advise you to read:  Hoop Earrings - 8 Types of Hoops You Should Know About

With the help of a small decoration, Michelle Obama's speech at the congress sounded many times brighter, especially for young people, who after this event, like Michelle, began to adorn themselves with replicated necklaces with a meaningful inscription.

As for the “working” jewelry wardrobe of Margaret Thatcher, it was based on several classic items: a gold amethyst ring, a pebble bracelet made of gold with large semiprecious stones (a gift from her husband), pearl studs or clips. Also in her arsenal there were about fifteen pearl threads of different lengths.

According to jewelry historian Natalya Filatova - Kietine, with the elegant design of the amethyst ring and bracelet, Thatcher seemed to declare to others about her femininity, that she plays on her territory and does not betray her gender.

The role of pearls in politics

It is very convenient to send non-verbal cues with jewelry. An ordinary person reads a message without even realizing it. And, if for men in power, the conversation begins with a compliment to the tie, then for women a similar role is assigned to jewelry, among which pearl ones are in the first place. In the language of politics, pearls mean power, success, desire for victory and femininity without signs of glamor.

Pearl dresses of Elizabeth I

For centuries, organic pearls have been entrenched with the idea of ​​high social rank, royalty. Just what are the dresses of the English Queen Elizabeth I, for the creation of which, within the framework of the Edinburgh Treaty (which ended the three hundred year period of the Anglo-Scottish Wars), almost all the Scottish pearls went. The Queen of England, of course, had passionate feelings for pearls, but the main idea behind creating such dresses was a signal of the British queen's political superiority and unconditional power. Pearls on royal outfits - the main export product of Scotland, which had to be given as a contractual payment to England, expressed the position and status of Elizabeth I very eloquently.

We advise you to read:  Following the example of the queen of human hearts - jewelry like Princess Diana

The reigning Queen of Great Britain Elizabeth II is also incredibly inventive and graceful in her jewelry statements. Not allowing too much in words, she reflects her position in jewelry brightly and intelligibly. For example, her "talking" jewelry style was perfectly read during the three-day state visit of US President Donald Trump to the UK in 2019.

On the first day of meeting with the American President, Elizabeth II adorned her outfit with an emerald brooch, which was presented to the Queen by the Obama couple, thereby showing Trump that relations with the family of the 44th President of America were more warm and mutual. On the second day of the visit, the Queen was wearing a snowflake brooch presented to Elizabeth II by the Canadian president, with whom Donald Trump had a rather strained relationship at that time.

Seeing off the American president, Elizabeth II put on her mother's brooch, which she wore at her husband's funeral. This foreign visit for the queen was not the most joyful event and with the help of a large pearl brooch, these emotions were conveyed more than expressively.

Active pearl messages with much more positive connotations were seen during this year's US presidential elections. The women of America provided targeted support for Kamala Harris, now the first woman to serve as US Vice President, by wearing pearl jewelry at the polls. "For" Harris on Twitter, the hashtag #pearlsforkamala was launched, filling the entire Internet space.

According to experts, pearls for Harrris are a symbolic mineral that has accompanied her entire brilliant career, starting from her student days, and reminding her of the path that she has chosen for herself and her conscious role in big politics.

The presence of pearls in the official residence of American presidents has always been the epitome of female political power. Martha Washington, Pat Nixon, Mamie Eisenhower, Bess Truman, Jacqueline Kennedy, Barbara Bush, Nancy Reagan, Hillary Clinton, Michelle Obama - all these women have integrated pearls into their jewelry wardrobe in the best way. But if earlier jewelry messages came from the first ladies, today there is an opportunity to feel their full power from the position of a woman in power, which directly influences and controls the policy of the state.

We advise you to read:  What is a brooch: what is it for, the history of its origin, how to store and care for

However, the jewelry political language would not have been so eloquent without the participation of Madeleine Albright, the first woman of the US Secretary of State, Permanent Representative of America to the UN.

Madeleine Albright and her "eloquent" brooches

Albright has broken through the glass ceiling of US political life, opening the way to the White House and other talented women.

It was Madeleine Albright who decided to make jewelry part of her diplomatic arsenal and began to consciously choose them for work trips and outings. At a meeting with Nelson Mandela - a zebra brooch, a symbol of Africa; at the UN to a meeting on "bugs" - in a beetle brooch, to a press conference on the appointment of a new Secretary of State - in a symbolic brooch in the form of a broken glass ceiling ... Albright's language was bright, creative and unambiguous.

According to experts, Madeleine Albright laid bare political language for everyone, made it a kind of art, showed that women politicians can perfectly manipulate public opinion, attention and mood with the help of their "jewelry tricks", which she told the world about in her book Read My Brooches: Stories from a Diplomatic Box.

One can envy and sympathize with the jewelry wardrobe of women politicians at the same time: with all the jewelry variety, there is no chance of disorder and thoughtless acquisitions. And sometimes you really want to relax and buy something completely unnecessary, but touching and funny. Fortunately, we girls outside politics can afford it.

Jewelery and bijouterie 0 177 views
"Last Call" is an important event for high school students. Despite the excitement associated with the upcoming exams,