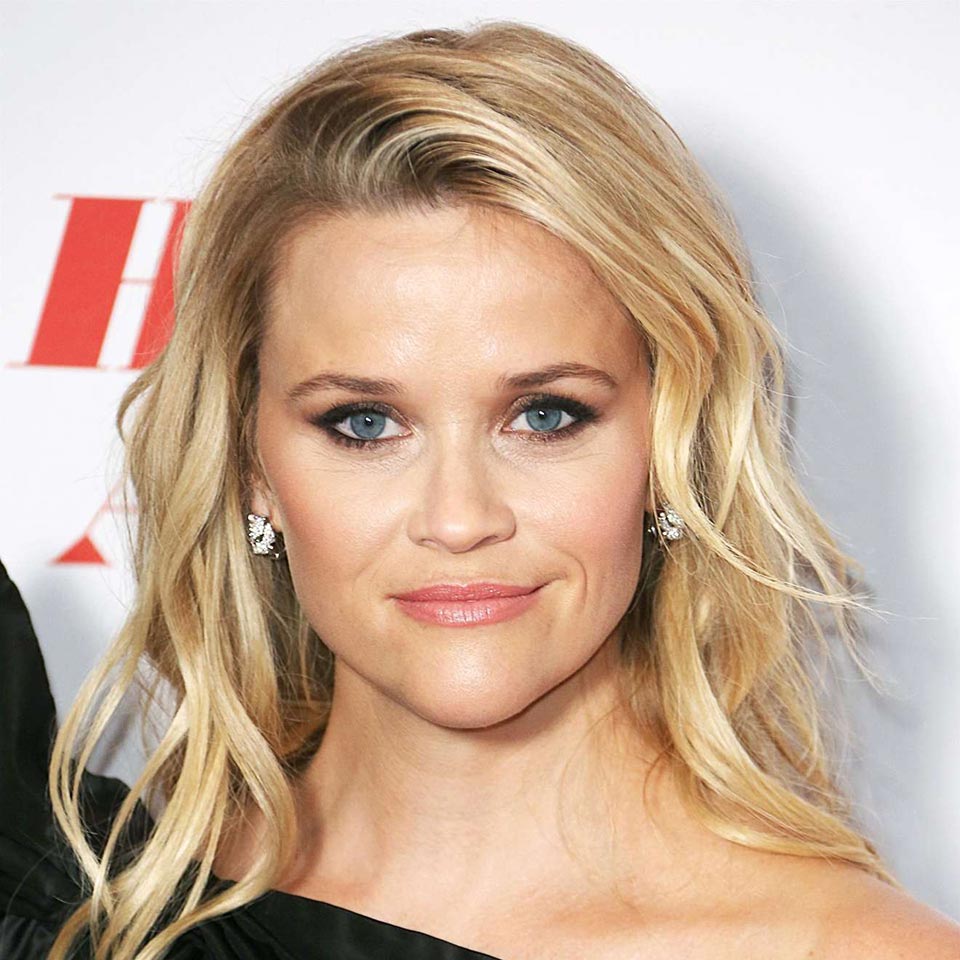 The Big Little Lies star recently celebrated her 45th birthday! In honor of the anniversary of the beautiful Reese Witherspoon, rummaged through the archives and remembered the most luxurious jewelry outlets of the famous "legally blonde".

Reese is the epitome of traditional femininity and elegance. It can hardly be seen in the extreme mini or translucent mesh. Each of her appearances on the red carpet is an homage to the good old Hollywood classics, and the Oscars are no exception.

One of our favorite looks happened at the 2016 ceremony - a striking purple Oscar de la Renta dress, complemented by diamond jewelry. Tiffany & Co's wing earrings were hard to miss. Such light and sophisticated - a great replacement for banal studs. The image was complemented by cuff bracelets inlaid with diamonds.

The most spectacular output of the famous blonde at 100% can be called her bright juicy image at the Golden Globe Awards 2017. The star complemented the Atelier Versace dress in a lemon shade with a vintage white and yellow Tiffany & Co. late 80s.

Studs with luxurious yellow diamonds, complete with precious rings, one of which was made with green enamel, made the look even more chic! A win-win classic with a modern twist.

Did you know that Reese Witherspoon is one of only nine actresses in the world to receive all the highest awards in film at once for one role? So she received the Oscar statuette in 2006 for her role in the film Cross the Line in a breathtaking vintage Christian Dior dress and antique earrings with flowers and pink teardrop-shaped stones. By the way, this image of a star is included in the top 30 most luxurious outfits in the history of the famous film awards.

We advise you to read:  First Lady's Jewelry Looks: 5 Lessons From Jill Biden

At the London premiere of Visiting Alice in 2017, Reese appeared in an unusual image for herself: along with a bright color, she preferred a classic black cocktail dress with asymmetric sleeves. The fateful look was complemented by the iconic Cartier diamonds: panther-shaped earrings and a bracelet in the form of the famous nail, generously inlaid with diamonds. The exit turned out to be stylish and even daring.

Reese's and her eldest daughter Ava Elizabeth's paired outlets always attract the attention of the press, because the actress looks stunning and it's hard to believe that she has such a grown-up daughter. Mom and daughter often appear at premieres together and invariably delight the audience. For example, one of these outings is the British premiere of The Wrinkle in Time, for which Reese chose a cornflower-blue dress, complementing it with flirty Tiffany & Co. jewelry. Delicate earrings with sapphires in the color of the actress's eyes, luxurious diamond track rings and a cocktail ring with balls gave the romantic image a status shine.

In English, there is a phrase "statement earrings" - these are spectacular accent earrings that attract attention and create a mood of the image. By the way, it was Reese Witherspoon who introduced this concept! The actress is a big fan of unusual shapes, original design and bright decor. Especially when it comes to earrings. She has repeatedly emphasized that she considers this type of jewelry to be the main one in any jewelry box. A special chic is to wear chandelier earrings not only to parties, but also just for every day. By the way, this "philistine approach" to evening decorations is one of the main trends of the current season!