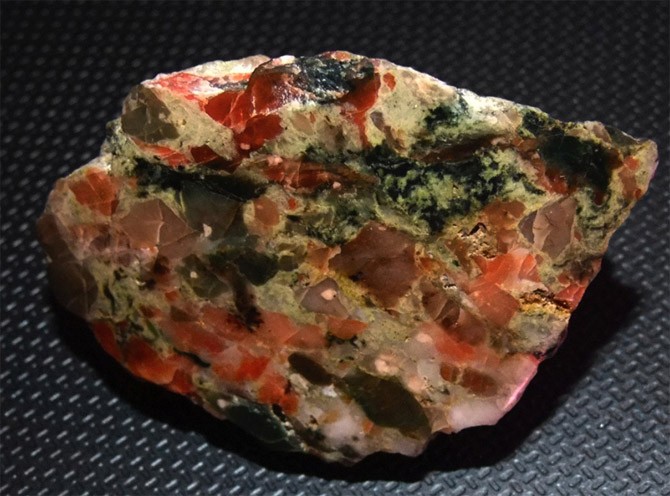 The share of feldspar in the crust of our planet is half of its mass and more than 60% of its volume. Most rocks come from spar, and the name of the mineral comes from Sweden via German. However, behind a nondescript-looking name and appearance, there is a lot of beauty and unique properties.

The first finds and use of feldspar go far into antiquity. No one knows the exact time of discovery of the mineral. There are only scattered references to the stone in handwritten sources from different times.

The name "feldspar" is German, although it has Swedish roots. This is because the agricultural lands that stretch on the lands of modern Sweden are completely dotted with feldspar. Mineralogists consider the origin of the name to be Swedish-German, where "feldt" means "arable land" and "spath" means bar. In 1740, the German term "feldspat" was introduced.

In mineralogy, feldspar is understood as a whole group of minerals. The origin of the stone is magmatic. In fact, feldspar is the rock-forming material of our planet. In its pure form, this nugget is inconspicuous. However, pure spar is rare. The bulk of the stones include various impurities, which separates them according to their chemical composition, appearance, and name.

It is interesting! The moon is rich in feldspar like the earth. This mineral is not uncommon in outer space - most meteorites have feldspar in their composition.

The fact that spar has been used by people at all times is confirmed by archaeological finds during excavations. On the territory of Egypt and other countries of the East, nugget jewelry made by people of ancient civilizations was found. Scientists of all eras have studied the possibilities of this mineral. Research in this area is still ongoing.

Feldspars are mined everywhere on almost all continents of the Earth. However, each mineral group has distinct conditions of origin and occurrence. The main share of mining is carried out in parallel with granite. In industrial volumes, the nugget is mined in the territories:

Jewelry spars occur in other places: 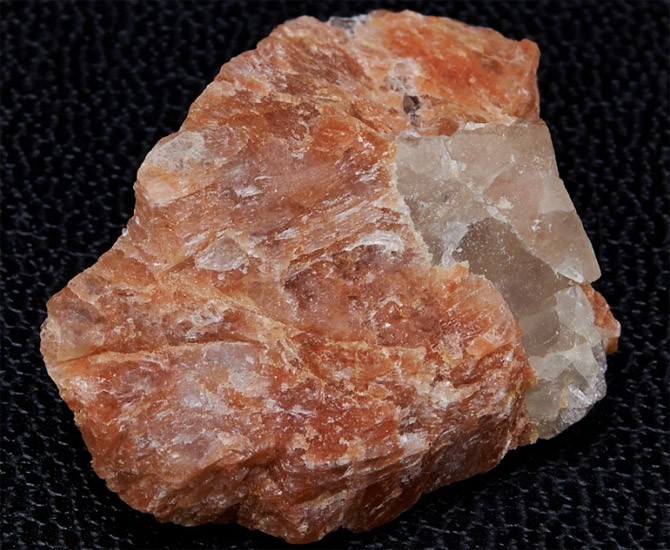 Feldspar is highly valued in industry. The nugget is used for the manufacture of glass, ceramics, abrasives, some types of rubber, as well as in electronics and cosmetics.

Feldspars of any group are identical in physical properties, but different in chemical composition. The mineral is a lamellar stone, heterogeneous in composition, often formed in the form of symmetrical twin crystals.

We advise you to read:  Variscite - description and varieties, magical and healing properties, decorations and price

A nugget is formed in an acidic environment due to magmatic processes occurring in the earth's crust. Feldspars are endowed with the effect of iridescence, the luster of minerals is glassy or mother-of-pearl. Any of the spars is destroyed by the action of hydrofluoric acid. For plagioclases, hydrochloric acid is also destructive.

"Thoroughbred" spar is transparent, unremarkable. Impurities of various elements endow the stone with a peculiar appearance, as well as individual, unique properties.

Feldspars are divided into groups, each of which includes a certain category of stones.

Of all plagioclases, albite is the most resistant to destruction.

This group of spars is the main component of acidic igneous rocks - syenites, granites, as well as gneisses belonging to metamorphic rocks. Compared to plagioclases, they are more resistant to damage. Representatives of this category of mineral tend to be replaced by albite under favorable conditions. Potassium spars are:

All minerals of the potassium group are identical in chemical composition, differing only in the structure of the crystal lattice. Albite inclusions endow K-spars with a moonshine effect.

This group includes one single mineral - Celsian. This is a very rare cream-colored stone, which is hunted by collectors all over the world.

The color scheme of some varieties is quite diverse:

The Labrador has a black and blue base, shimmering with all the colors of the rainbow. The second name of the stone is "cold rainbow". This name was given to the mineral for the coldness of shades, the lack of saturation of iridescent colors. 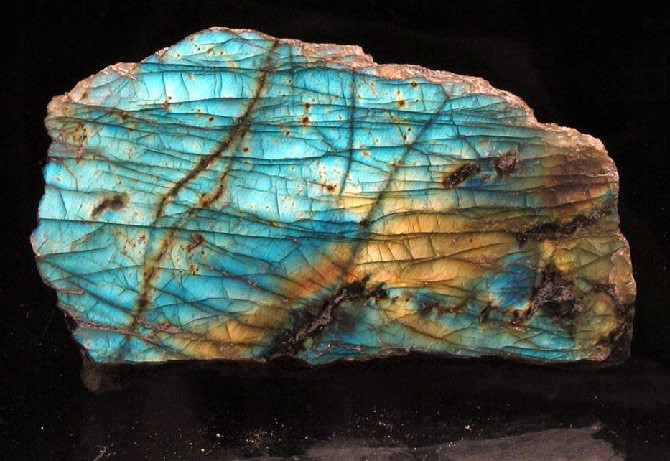 Orthoclase is distinguished by pastel colors - calm shades of pink, white, with the presence of gray. There are also yellow and red specimens. 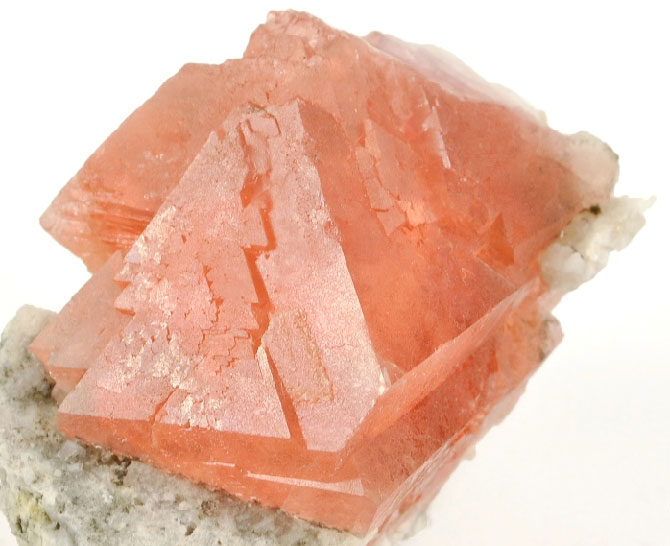 Amazonites are gray and green gems. 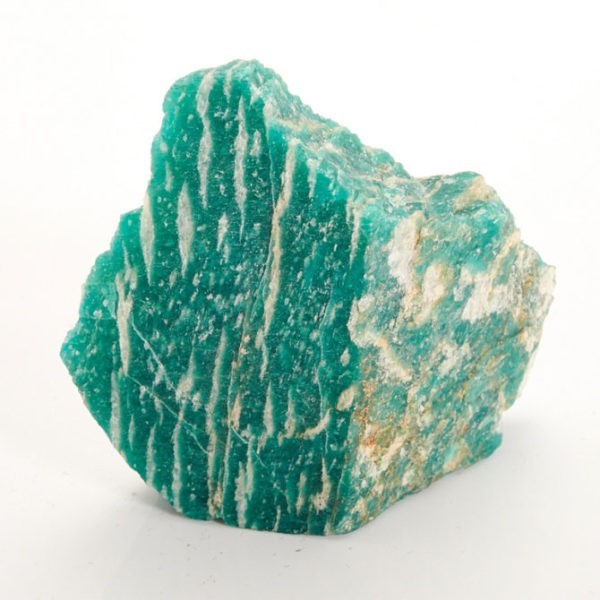 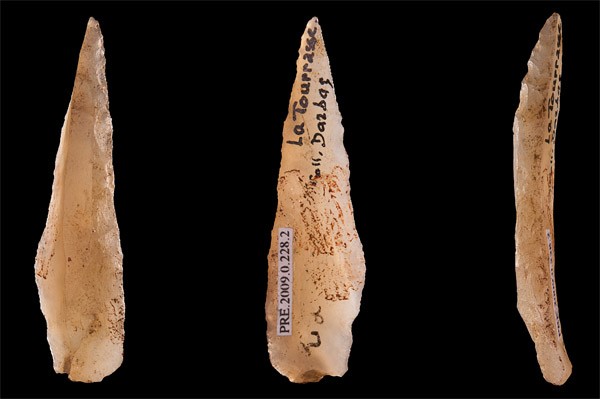 Adularia is the most unusual mineral, comparable to the Moon both in color and in its mysterious inner glow. The second name is "moonstone". 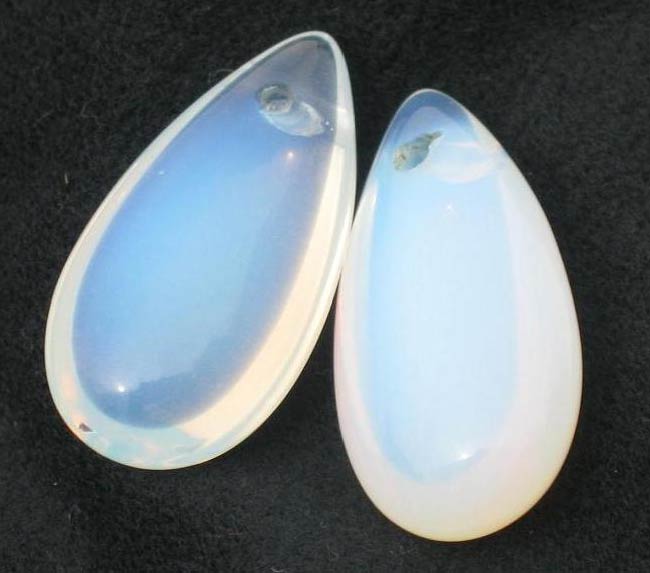 Some transparent rare samples of orthoclase contain inclusions in the form of sparkles or sparks.

Since feldspar is a multifaceted mineral, its use in lithotherapy depends on the type of stone. Each of the gems is endowed with special, unique properties, which means that it affects the human body in its own way.

Specialists use several types of feldspars to treat various diseases:

The magical properties of feldspar also vary according to species specialization. Since ancient times, shamans and sorcerers have used the stone for various rituals. They believed that the mineral helps to enhance magical abilities, communicate with other worlds, and travel through time and space. Modern esotericists are also familiar with the abilities of feldspars.

We advise you to read:  Grossular - description and varieties, properties, who suits, decorations and price of the stone

A stone of inspiration, vitality, self-confidence. An excellent talisman for creative individuals. The lunar gem gives a person clarity of thought, thanks to which the owner of the stone is able to clearly and without hesitation express extraordinary, bold ideas. In addition, adularia is a protector from evil witchcraft and energy bloodsuckers.

This nugget is considered the most magically strong feldspar. Labrador develops intuitive thinking, revealing in a person the ability to foresee. However, such a talisman will serve only people of mature age, able to control thoughts, actions, emotions.

A mineral that can warn the owner of moving life changes. The stone changes color when there is a turning point in family or other relationships.

A strong talisman for those who lack wisdom, self-confidence, courage, prudence. The gem is designed to harmonize the inner world of a person, to protect the owner from rash or wrong actions.

Even in ancient times, amazonite, along with orthoclase and adularia, were used as talismans of love and family well-being. These gems were given and are given to young couples so that they live in happiness, prosperity, understanding.

Compatible with other stones

Each feldspar stone has friendly minerals as well as unwanted neighbors. In addition, there are combinations in which one or another gem maintains neutrality in relation to another.

For adularia, the best partners will be:

The moonstone will be hostile to malachite, jasper, pomegranate and agate.

Labrador is ideally combined with the following minerals:

You should not combine a Labrador with ruby, jasper, diamond, garnet or carnelian because of planetary incompatibility.

Amazonite is suitable for:

The hostility of the planets does not allow you to wear amazonite with morion, agate, onyx or black and white sardonyx.

Labradorite, adularia and amazonite are well combined with each other, complementing each other.

Feldspar gemstones include adularia, labradorite, and amazonite. These minerals are used by craftsmen to make jewelry of various price categories. Each of the feldspar stones has a different value in jewelry. You can buy products with a mineral at the following price: 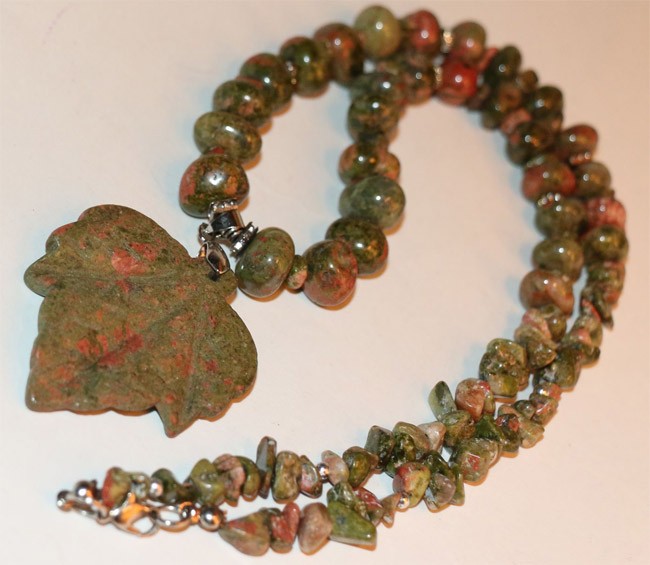 Jewelry with jewelry feldspars is beautiful, as these stones have a mother-of-pearl luster, are endowed with iridescence, are durable and easy to care for.

Minerals such as feldspar are also counterfeited. For example, the most expensive adularia is considered to be a gem mined in Sri Lanka. A cheap imitation of such a stone is glass or plastic.

It is not difficult to distinguish a natural moonstone from a fake:

We advise you to read:  Jet or Black Jasper - description, magical and healing properties, who suits

It is almost impossible to fake a Labrador because of the special play of colors - labradorization. This mineral shimmers with a full rainbow spectrum, creating the effect of a three-dimensional northern lights.

Amazonite is not so expensive to fake. But if you still have to doubt, then a proven method for determining thermal conductivity will come to the rescue - a natural mineral is always cool. In addition, a distinctive feature of amazonite is the internal structure, due to which the surface of the stone is endowed with a pattern in the form of a grid of squares.

All jewelry feldspars used in jewelry are completely different. However, the colors that nature has awarded them are universal and suitable for almost any wardrobe and type of appearance.

The best option is the contrast of the image. Therefore, products with a labrador are not worn with black clothes, and a moonstone will not look with white.

Evening dresses are well complemented by massive jewelry. During the day, neat, discreet accessories are more appropriate, especially for office style. Amazonite is not an evening stone.

Important! Moonstone is worn during the phase of the growing moon. Then the mineral is fully revealed. When the Moon wanes, the adularia is fueled by the energy of the owner. Therefore, for this period it is better to hide the jewelry away.

Adularia will look great on blue-eyed blondes. Amazonite will emphasize the owners of green eyes. Labrador is appropriate for mature women - this applies to both the appearance and energy of the stone.

Feldspars need careful care. It is Labrador, Amazonite or Adularia - it doesn't matter. Tips for caring for spars:

Labrador, like adularia, is closely associated with the moon. Therefore, these minerals need periodic recharging with moonlight. 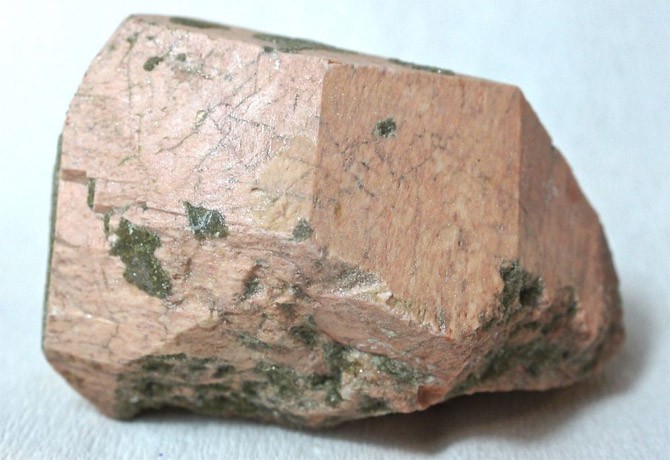 The most versatile feldspar talisman is albite. This nugget is suitable for all signs of the zodiacal circle, but most of all - Cancers, Pisces, Scorpios and Leo.

Inconspicuous, but beautiful at the same time. Common, but sometimes rare. Diverse but unique. A simple, useful feldspar that people need supports our planet, contributes to the creation of new minerals in the bowels of the Earth. Mankind will need many more centuries to explore all the possibilities of this extraordinary stone.

Ornamental 0 75 views
Sugilite is a purple mineral that belongs to silicates. It is a young gem with many names and

Ornamental 0 118 views
One of the minerals belonging to the "eye quartz" family, the bull's eye has been revered by people since

Ornamental 0 265 views
Nowadays, quite a large number of people are interested in the magic and properties of stones. After all, they