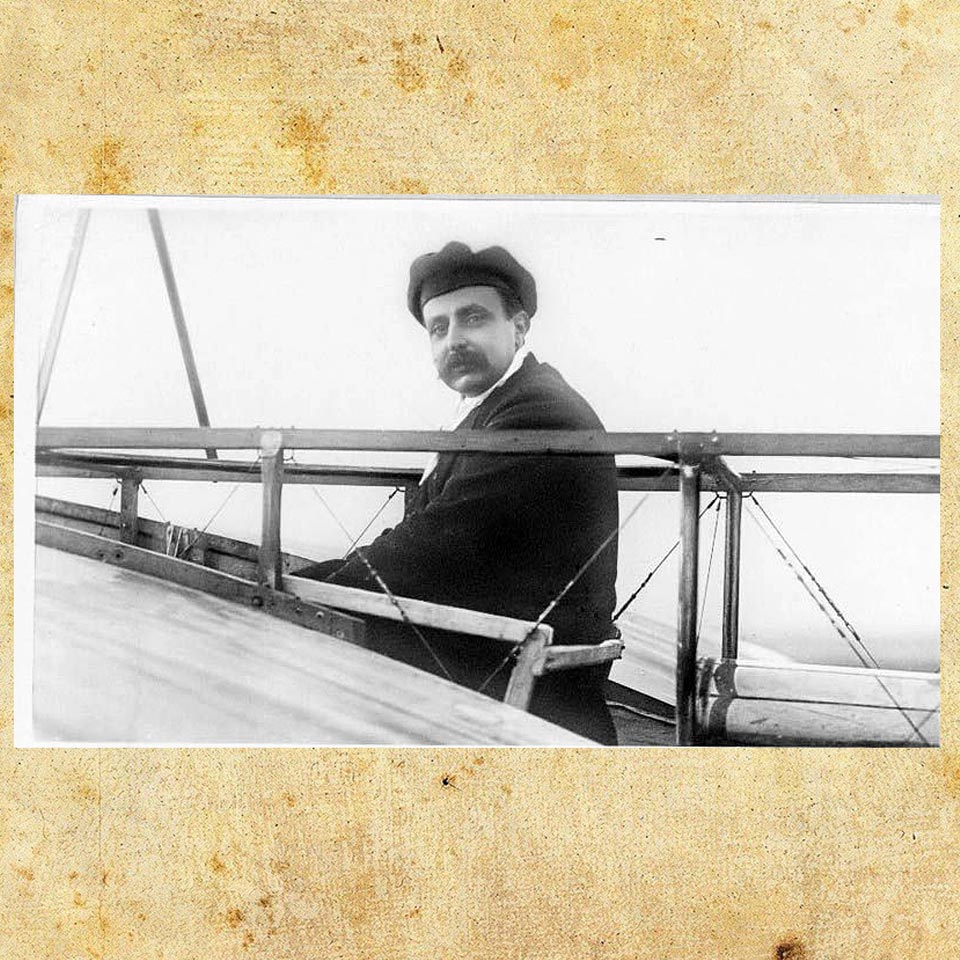 Aviator's watch is a format that is indirectly related to aviation today. But it all started from the sky.

Aviator's watches and wristwatches appeared at the same time. To be precise, the first aviator's watches served to popularize wristwatches in general. This happened thanks to the friendship of the pilot Alberto Santos-Dumont and the jeweler Louis Cartier. Santos-Dumont, a French designer and pilot, was a real star and a great eccentric - he planted airships on Parisian boulevards, distributed money to the poor, amazed everyone with bright outfits.

In 1901, Santos-Dumont set a record - in half an hour he flew in an airship from the suburban park of Saint-Cloud to the Eiffel Tower. Celebrating his 100 franc prize at the Maxim restaurant, Santos-Dumont told Louis Cartier how inconvenient it is to use a pocket watch while flying. Cartier got into the position - his company developed a watch with a strap to be worn on the wrist. This was the first pilot's watch that introduced the masses to the very idea of ​​a wristwatch.

By that time (the beginning of the XNUMXth century), watches were already worn on their hands, but only by women, and this was more of an adornment than a practical tool. Small in size, slim body with rounded corners and wide bezel The watch created by Cartier for Santos-Dumont in 1904 bears little resemblance to what is now considered to be an aviator's watch. But the dial was easy to read, the watch fit well on the wrist - in general, Alberto Santos-Dumont himself was satisfied and did not take it off in the future.

In 1911, Cartier launched the model (named Santos) into production. This innovative model did not become a commercial hit, but after 65 years it experienced a rebirth, eventually acquiring a cult (you cannot say otherwise) status.

Watches for pilots of the nascent aviation at the beginning of the 1909th century were made not only by Cartier. Another important participant in this story is the Zenith brand. It was the Zenith watch that was on the wrist of Louis Bleriot, who was the first to fly across the English Channel. In XNUMX, just six years after the Wright brothers' design was lifted into the air, the technology had already reached such a level when it was possible to fly over water over a distance of several tens of kilometers. Having defeated all the obstacles, Bleriot became famous and made good money.

1000 pounds (huge money at the time, about $ 90 by today's standards) was paid to him by the London newspaper The Daily Mail in exchange for an exclusive interview. During the interview, he praised his watch with might and main. Luminous dial and hands, large Arabic numerals, a large crown that was easy to rotate with a gloved hand - that Zenith, according to the correct remark of Monochrome Watches expert Max Reddick, "possessed the DNA inherent in all subsequent aviator watches."

The watches Zenith created for Bleriot were the forerunners of the legendary Type 20 aviator series, designed in the 1930s to meet Air Force standards and requirements. Perfect readability, resistance to sudden temperature changes and pressure surges, to the influence of magnetic fields, high humidity - all these were prerequisites. Unsurprisingly, the Type 20 was officially supplied to the French Air Force.

But back to Bleriot. The name of this pilot is associated not only with Zenith, but also with another Swiss manufactory - Oris. It turned out quite recently. For a long time, Oris believed that their first pilot's watch was the 1938 Big Crown. Examining the archives, researchers found a pocket watch engraved with one of Louis Blériot's planes and a wristwatch dedicated to aviation. The latter were dated 1917. A large crown, large numbers, an impressive round case - it turns out that Oris was making an aviator's watch a hundred years ago, and is still doing it.

We advise you to read:  Casio Vintage A100WEG Watch Review

series Big crown и Big Crown ProPilot occupy an important place in the brand's assortment. And, by the way, about those watches found in the archives: in 1917, Oris presented at an exhibition in Basel a limited edition Big Crown 1917, which can be safely called a reissue. The watch (produced, of course, in the amount of 1917 pieces) even reproduces the vintage brand logo.

Wrist Watch 0 69 views
Citizen has unveiled a new line of watches based on the vintage Tsuno Chrono inspired by Star Wars. Collection

Wrist Watch 0 54 views
With the approach of summer, no matter where and how we will spend the long-awaited or