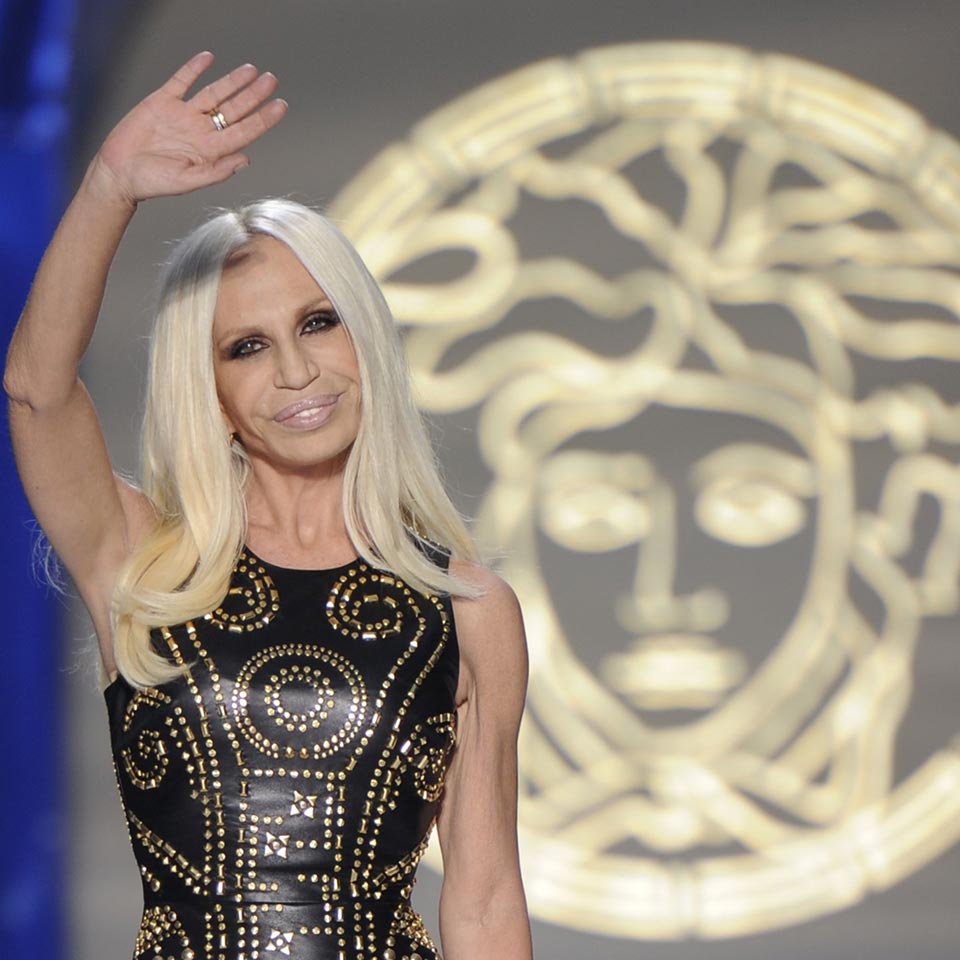 The Fashion House, which has become the epitome of luxury all over the world, was founded in 1978. The young Italian Gianni Versace released his first collection for an atelier owned by his mother. Soon, Gianni and his younger sister Donatella moved to Milan. It was Donatella who led the company after the death of Gianni, introduced it into the XNUMXst century and led the House of Versace to incredible success.

From the very foundation of the fashion house, the image of the Gorgon Medusa, which refers to ancient mythology, has become. "Medusa symbolizes beauty and fatal charm, it paralyzes and even hypnotizes," Gianni liked to repeat. Ancient monuments have become a powerful source of inspiration for Gianni. Medusa's Head - At home, as well as the Greca ornament and the Barocco "V" print - are iconic symbols and are always present in all Versace collections.

In 1994, actress Elizabeth Hurley wore a black Versace Safety Pin dress to the film premiere of Four Weddings and a Funeral. Liz's example was followed by other celebrities - among the fans of the fashion house there are many Hollywood stars, famous musicians and supermodels. Madonna, Jon Bon Jovi, Demi Moore, Halle Berry, Jonathan Rhys-Myers, Ashton Kutcher, Lady Gaga took part in Versace advertising campaigns at different times. In 2000, the green jungle dress that Jennifer Lopez wore at the 42nd Grammy was officially voted "the fifth most iconic dress of all time."

Today, the Versace brand has iconic status and is one of the world's premier luxury manufacturers.

Donatella Versace is the heart, soul and creative energy of the company. Under her leadership, Versace produces clothing, including the couture line Atelier Versace, accessories, watches, perfumes and interior items. The watches of the line have their own recognizable style.

We advise you to read:  Review of men's fashion watches Guess W12656G1 from the Box Set collection

Versace's watch collections feature iconic Italian design that is combined with unsurpassed Swiss quality. This is a watch for brave women and men who adore fashion and who are not afraid to stand out from the crowd.

One of the last collections of the House is called Meander. Elegant models will perfectly fit both everyday and evening looks. The watch is presented with two variants of bracelets: it is offered to choose between Milanese weave and a leather strap in black, beige or red shades. The straps of the case are made in the form of a Greek pattern, supported by a monogram on the dial. The focus is on Medusa, whose fatal spell once captivated Gianni. One look at the Meander models is enough to fall in love once and for all. And it's not just Medusa's hypnotic abilities - it's just that Donatella Versace knows how to create really beautiful things that you want to have.