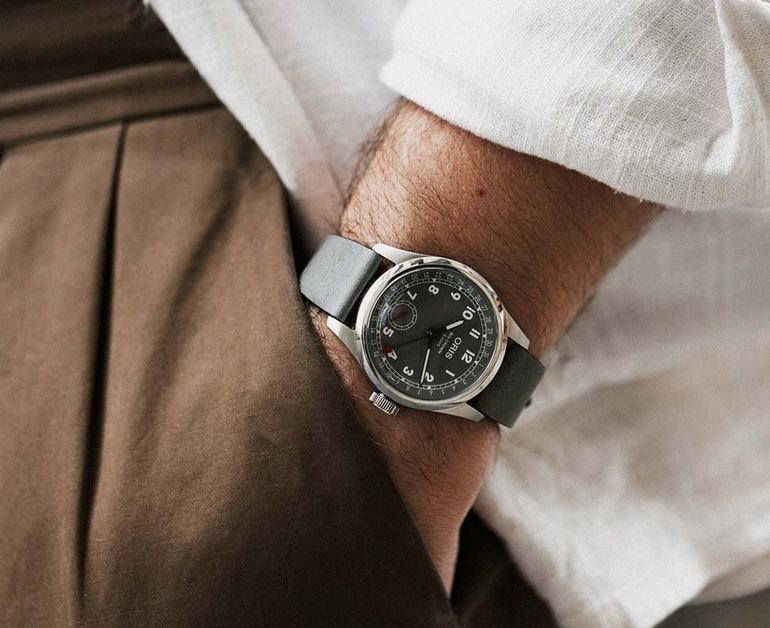 All processes in the world are wave-like. Galaxies and stars pulsate, atoms and elementary particles pulsate, our hearts pulsate ... Fashion is no exception. New is a well-forgotten old, and in this sense, a more particular question - about the preferred sizes of men's wristwatches - is no exception.

In the Russian film "White Sun of the Desert" the main character, the valiant Red Army soldier Fyodor Sukhov, wears a huge wristwatch. In the story, this is a gift from the command for bravery and ingenuity. True, the clock does not run, but Sukhov likes it, he puts it on over the sleeve of his tunic and is going to repair it upon returning home. During the filming of "The White Sun of the Desert", the historical clock of the company "Pavel Bure" was used in its original configuration: not a wristwatch, but a so-called carpet or coach. Like pocket ones, but without a front cover. And complete with a casing strap to fit over your wrist. Diameter of this watch - attention! - 70 mm. To make it clearer, let us remind: the largest wristwatch in the world today is the Diesel Grand Daddy model with a case diameter of “only” 66 mm.

Well, at the beginning of the twentieth century, clear ideas about what a wristwatch should be like were just being formed. However, several decades have passed and the opinion has become prevailing: women's watches should be miniature (and, of course, beautiful), and men's watches - of course, larger than women's ones, but without extremes. Men's wristwatches from the middle of the last century occupied approximately two-thirds of the width of the wrist. And it looked quite courageous! As an example, let's take a watch on the wrist of James Bond performed by Sean Connery. These were the 36mm Rolex Submariner, 38mm Rolex Submariner and 510mm Gruen Precision 34.

We advise you to read:  Diesel watch with "petrol" glasses

In the 2000st century, the norms began to change towards an increase in size. And Bond watches now seem almost feminine. Not feminine, no, but in size ... And fashion began to give preference to models, the cases of which occupy almost the entire width of the wrist! A vivid illustration of this trend is the enchanting rise in popularity of Panerai watches, which came just in the 40s. Diameters less than 42 mm (even 45) cannot be found in the collections of the Italian-Swiss brand of those years, and among the numerous models 47 mm, 48, 40 are prevalent ... Many men still say: “What? 47 mm? No, I'm less than XNUMX in any way! "

However, as we noticed at the very beginning, everything is cyclical, and this question is also. And the global trend towards gender equality has absolutely nothing to do with it. With regard to the possibility for women to wear men's watches - yes, but not at all for men. The main thing is the changing views on aesthetics, so moderate sizes of men's watches - 42 mm, 40, 38 - are becoming more common ... And the same Panerai enthusiastically promote their collection Luminor Due, a couple of models that are positioned as "for him" her ”, diameters, respectively, 42 and 38 mm. But this positioning is purely nominal, 38mm also looks great on a man's wrist. And such (in a good way) "monsters" like the aforementioned Diesel Grand Daddy are for a youth party, for a rock festival, for an avant-garde exhibition.

Let's note one more point. The past fashion for very large watch sizes is associated with the demand for military and sporty style accessories. Nevertheless, today's views and - what is important - technologies allow the creation of this kind of watch in dimensions of 40 mm, plus or minus.

We advise you to read:  Fashionable, designer and revolutionary: watches that shape the future 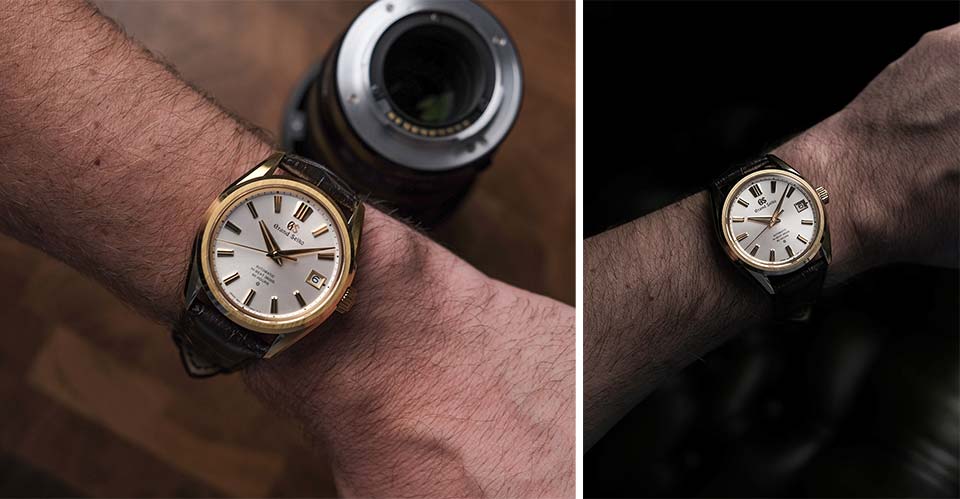 To illustrate the above, we present the results of the most authoritative annual watch competition Grand Prix d'Horlogerie de Geneve (GPHG), the final ceremony of which took place in November 2021. The Golden Arrow Grand Prix was awarded to the Bvlgari Octo Finissimo Perpetual Calendar - 40 mm case diameter.

The Grand Seiko Hi-beat 36000 80 Hours - also 40 mm - was recognized as the best men's watch of the year.
Audemars Piguet Royal Oak “Jumbo” model - 39 mm - celebrates victory in the Cult Watches nomination.
The Christiaan van der Klaauw brand became the laureate in the Calendars and Astronomy nomination, the diameter of the CVDK Planetarium Eise Eisinga model is again 40 mm, and it is specially noted that this is the world's most compact “heliocentric planetarium”.

Wrist Watch
By the standards of Swiss watch brands, Rodania is relatively young. It was founded by Hans
Add a comment Отменить ответ
We use cookies on our website to give you the most relevant experience by remembering your preferences and repeat visits. By clicking "Accept", you consent to the use of ALL the cookies.
Don't sell my personal information.
Cookie SettingsAccept
Manage consents