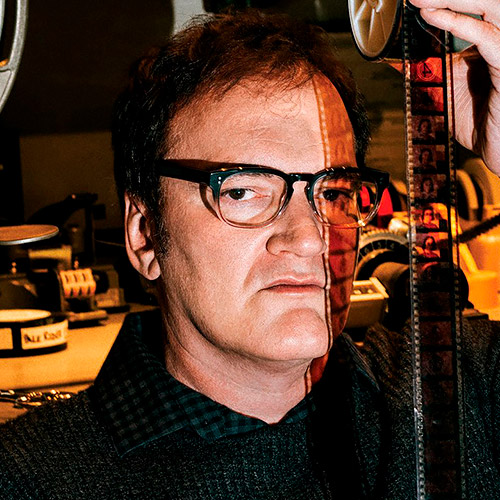 We decided to remember in which pictures of the great director a wristwatch flashed in the frame. The popularizer of postmodernism has done a lot for modern cinema - the total number of films in which he took part to one degree or another, today exceeded two hundred. And in some of them, in addition to the main characters, wristwatches appeared in a close-up shot.

These accessories Quentin loves and wears in life. For example, fans have repeatedly noted that he often prefers vintage "pilots" made by the IWC brand. 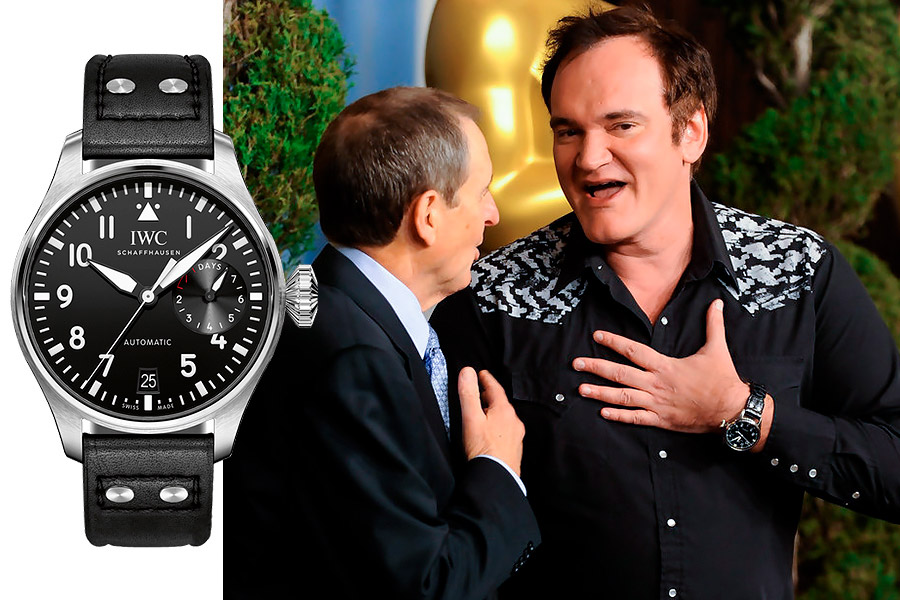 This is confirmed by the photograph that captured the director behind the camera while filming one of the scenes in the last picture. 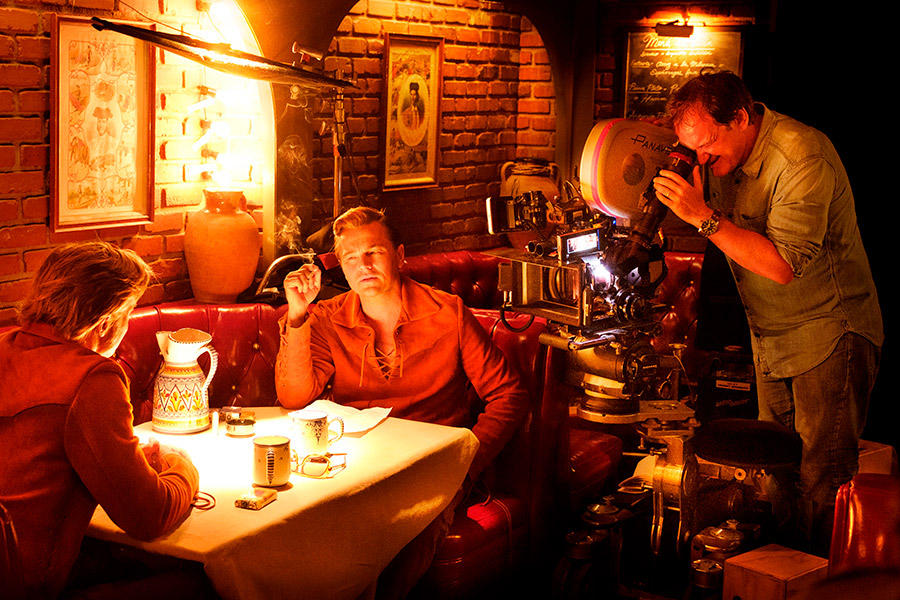 And in interviews, Quentin appears in an elegant Bvlgari Sotirio Retrograde Date with three prominent, angled lugs and an arched date scale above XNUMX o'clock. 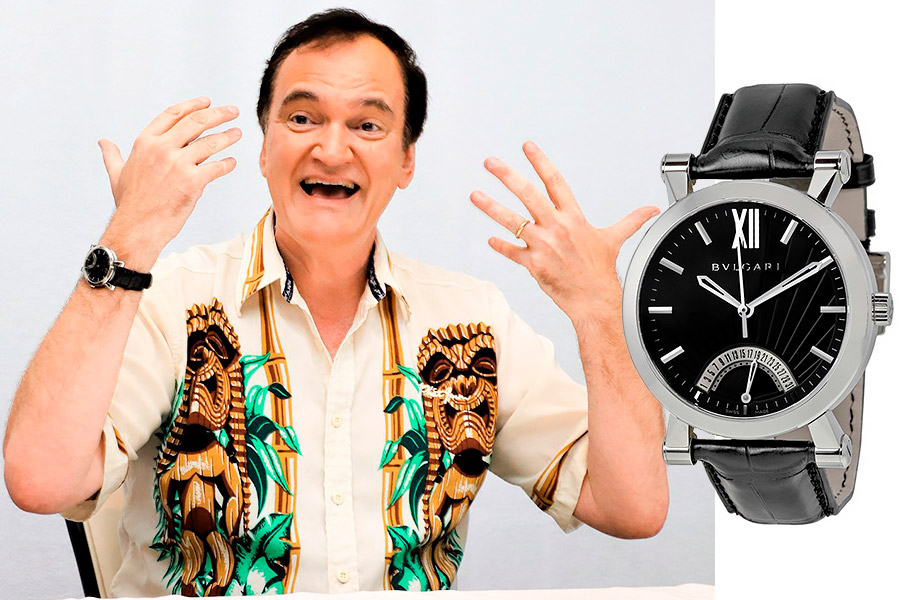 Below we suggest recalling which models the audience saw in close-up in the films where Tarantino acted as a director, screenwriter and (or) actor.

This work brought Tarantino not only world fame, but also an Oscar, Golden Globe for Best Original Screenplay, Palme d'Or and about forty other awards. In the narrative, divided into six independent but interconnected episodes through characters, the clock appeared on the screen twice.

The first was a product from the Gucci brand, which was checked by the imperturbable Mr. Wolfe (performed by Harvey Keitel), summoned to help two fined gangsters. In this part (according to the plot, the second in a row), by the way, Quentin himself appears, in whose house the whole scene is played out. As for the watch, the imperturbable bandit's hand is adorned with a 33-mm quartz two-turn switch, produced by the brand in the 1990s. It is made of steel and plated entirely in 18K yellow gold. Special features of the model are a black dial and black lacquered Roman numerals engraved on the bezel.

We advise you to read:  Women's watch Raymond Weil Jasmine 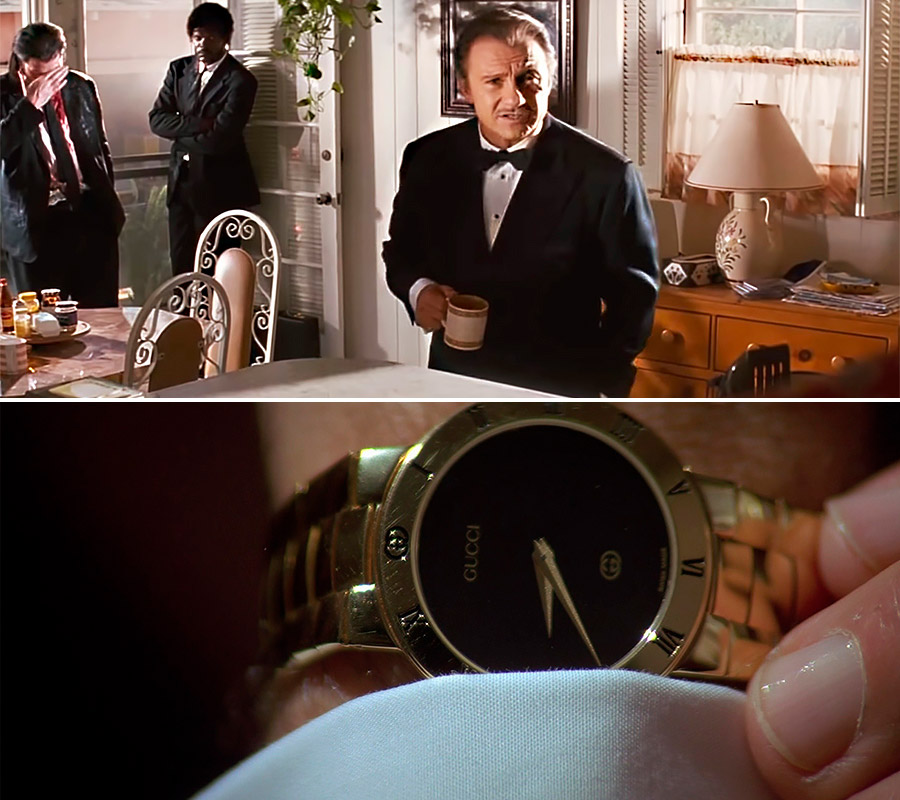 In the last part, named by the author "The Golden Watch", the chronometric instrument got the "main role" - after all, it is for him that the matured Butch (Bruce Willis) returns to the hotel room, where the killer (John Travolta) is watching him. However, everything ends well (not for the hitman) and the boxer, who since his youth has kept the watch of his deceased father, gets his vintage LANCET WWI Trench made by Langendorf brand back. 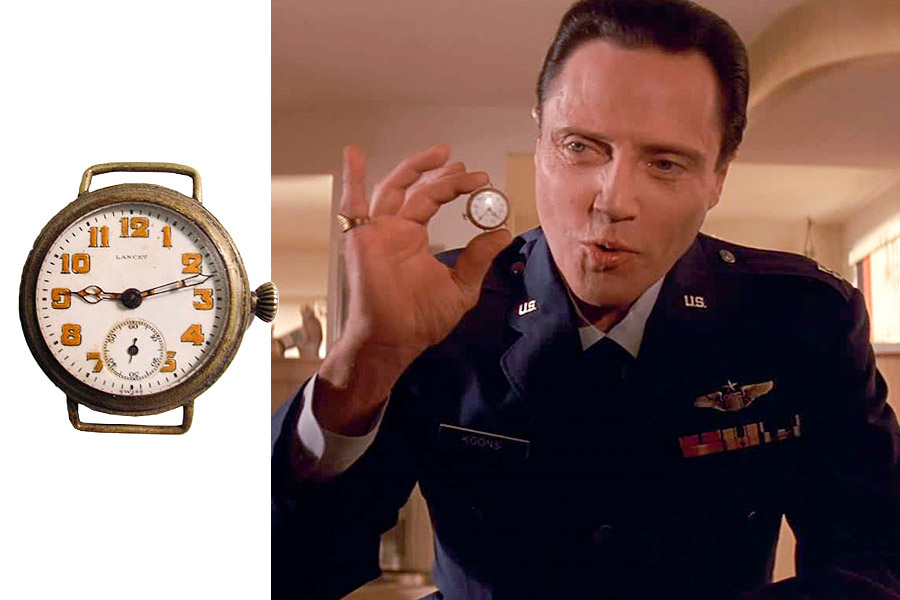 Uma Thurman, whom Tarantino adores not only for her outstanding talent, but also for her feet, played a deadly blonde named Beactrix in a two-part saga of love and revenge. The born killer herself almost died at the hands of a more insidious and cold-blooded lover, to whom she is sent to take revenge at the beginning of the first of the films.

In the second "episode" in an episode filmed in a hotel room, the actress holds a model in her hand, the dial of which is then shown in close-up. It turns out to be the Rolex Cosmograph Daytona, which has been around since the mid-2000s. It is noteworthy that this is one of the first Daytonas with its own in-house caliber: 4130 (in the period 1988-2000 the series was equipped with Zenith El Primero caliber 400 movements). 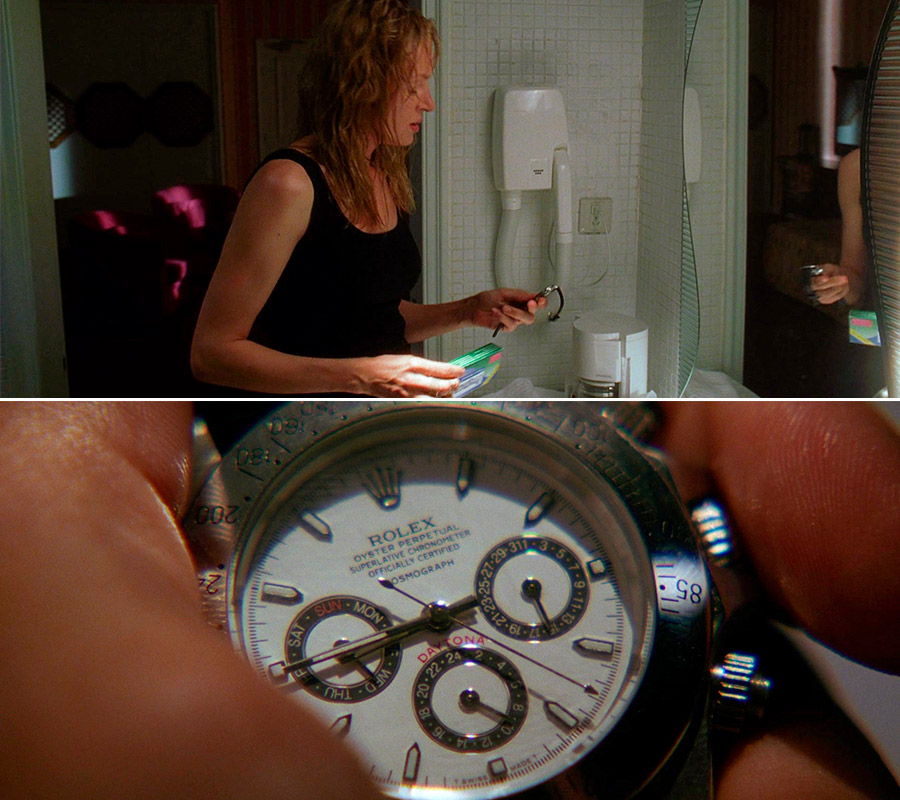 Tarantino's premiere work tells about a series of events from 1969, telling about the famous actor Rick Dalton and his stunt double Cliff Booth (who are portrayed on the screen by Quentin's favorite actors - Leonardo DiCaprio and Brad Pitt). On the wrist of the first one in the frame flashes the classic automatic Chopard Classic double turnout in yellow gold with a white dial. 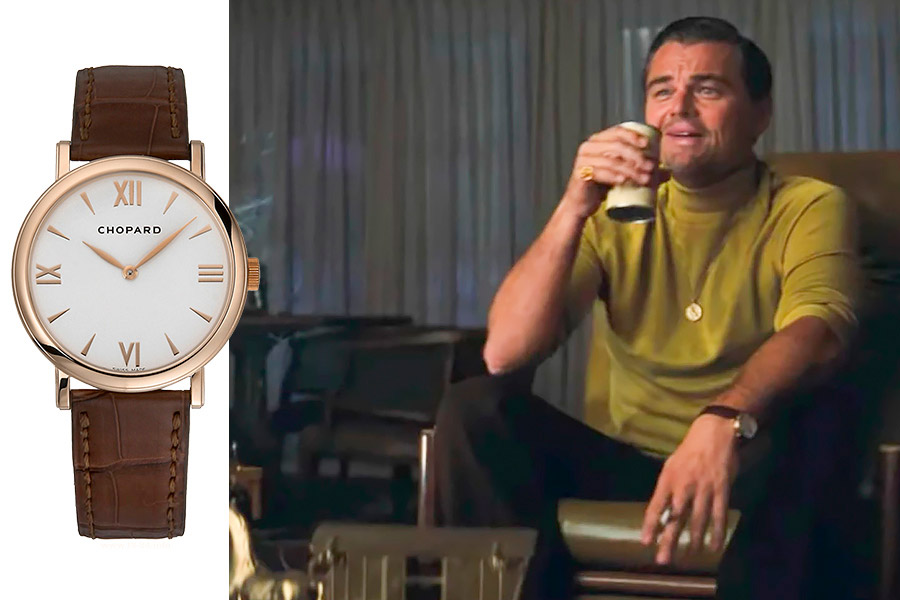 The manufactory itself kindly provided this watch for filming, and notified the specialized media about this on the eve of the premiere. But at the Cannes show ahead of the "world tour", Pitt appeared in watches from another brand, and this is a Breitling work, a special edition B01 Chronograph 42 Norton Edition, created in collaboration with the famous British manufacturer of sports motorcycles.

We advise you to read:  What is a NORQAIN watch and why you haven't heard of it before 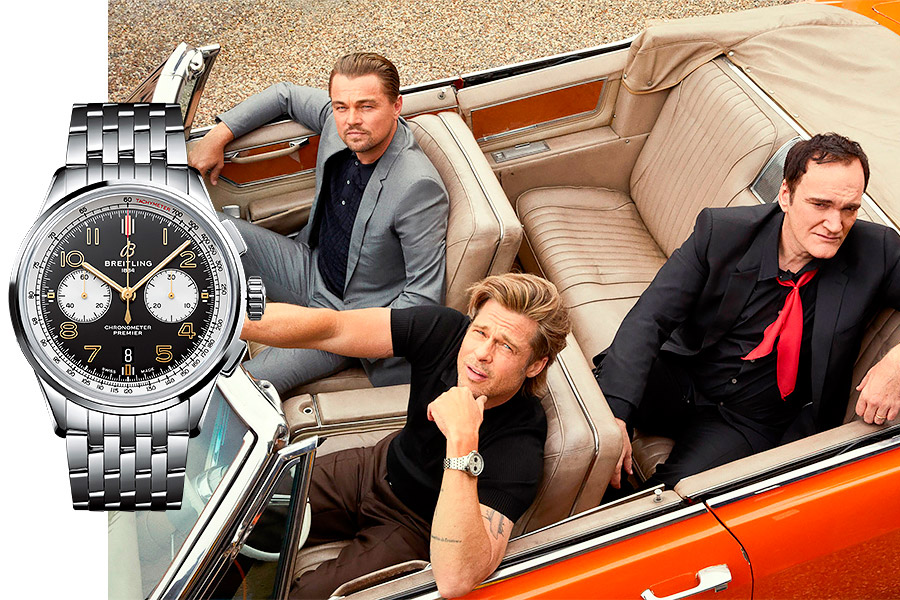