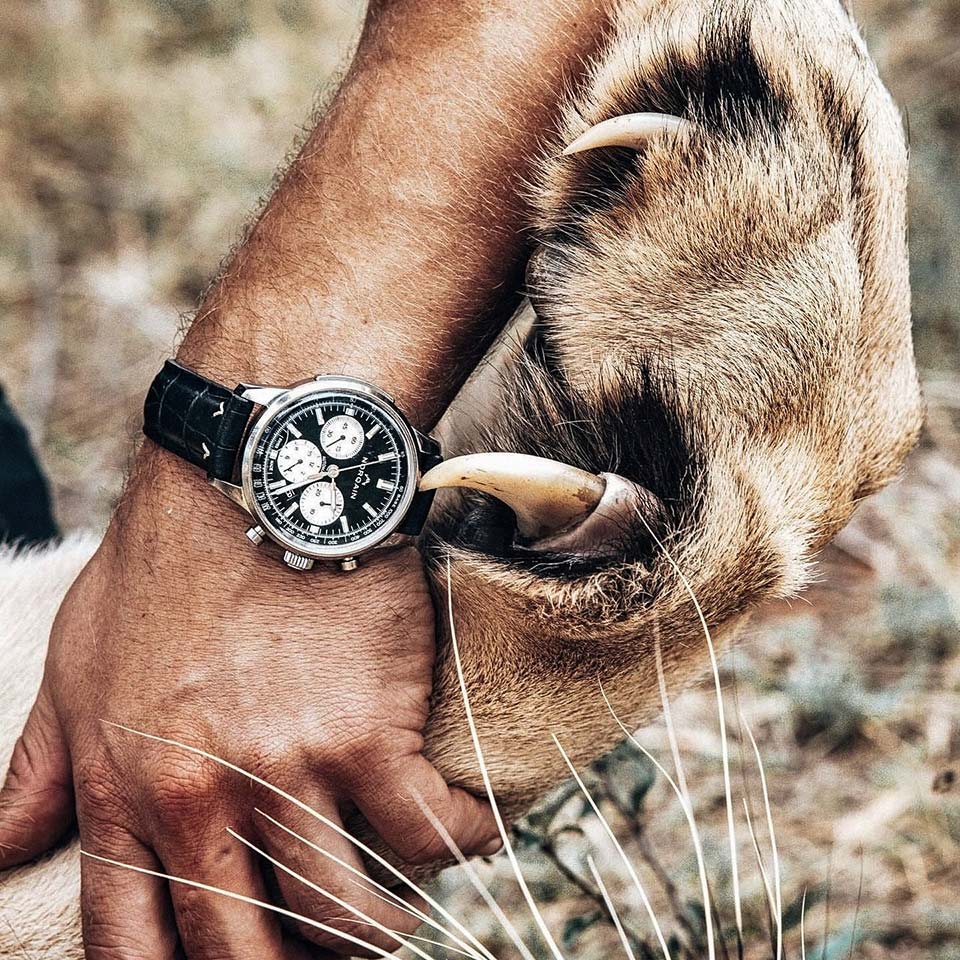 The real boom in the mechanical watch market, which occurred in the 1990s and early 2000s, was marked by the emergence of a huge number of new watch brands. Most of them, no matter how bright their start was, quickly ceased to exist or disappeared from the radar in the first few years after the financial crisis of 2008, which, by the way, did not spare many brands with history.

Where is de Grisogono today? DeWitt? Volna? How often do we enjoy new releases of Antoine Preziuso, Concord, Ebel? Who's in line for Jean Dunand? But not so long ago, the best international publications told about these brands and their creations (masterpieces), the number of advertisements was striking in scope ... Everything is in the past.

Just in 2008, Thierry Stern from Patek Philippe and Jean-Claude Biver, then from Hublot, spoke the same way: the crisis is good, it will clear the field from random ones, only real ones, dedicated to watchmaking, will remain. And so it happened, out of fifty newly formed then companies that wanted to capitalize on the growth of the market, today a little more than a dozen are alive and prospering.

According to studies regularly conducted by the Federation of the Swiss Watch Industry (FHS), the average age of an interested buyer of a mechanical watch varies greatly by region, but globally the figure is just over 30 for men and 40 for women. Let's focus on men, and as a selection criterion, we will put the year of foundation of the watch brand no earlier than 1992. We celebrate the young, successful and promising - we celebrate several interesting brands, with different approaches and in different price categories, all of them are under 30, which, however, cannot be said about some of their creators ... 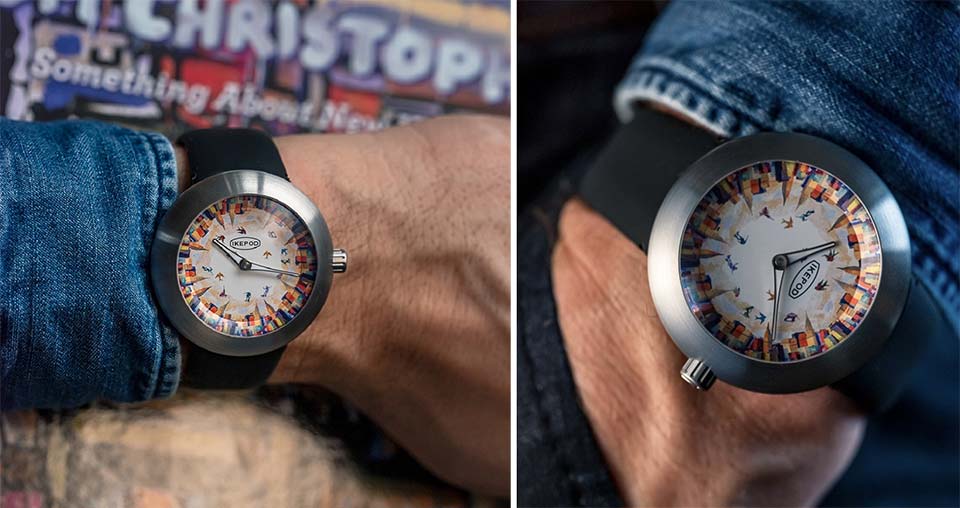 Among the first, one cannot but mention Ikepod - the influence of this brand on the formation of the image of modern watchmaking is enormous. The commercial success, which was based on original design and nothing else, opened the way for new generations of watchmakers and instilled confidence in those who were just about to take their first steps in watch design and production.

The brand was a source of ideas and trends that set the tone for watchmaking to this day. Not bound by centuries of history, traditions or brand DNA, as it is fashionable to say now, the creators of Ikepod (Swiss businessman Oliver Ike and world-famous designer Marc Newson) themselves set the rules of the game, and therefore quickly achieved success in their field by offering customers original , recognizable from afar, innovative and fashionable at the same time.

We advise you to read:  Mechanical watches - pros and cons

Marc Newson left the company in 2012 to create the Apple Watch, but watchmaking is highly enthusiastic, and it's no wonder that there were three businessmen, fans of the brand, who decided to buy the brand and offer the market the best thing that everyone liked so much about Ikepod - 100% Swiss, original design.

The well-known designer of the famous Audemars Piguet Royal Oak Offshore watch, Emmanuel Gate, has come up with new collections, Duopod and Chronopod, building on the brand's tradition while maintaining the original appearance.

In the Megapod collection, all watches are equipped with a self-winding movement, and the design of the dials is designed by Alexandre Peraldi, well known for his work in the watch industry.

Fabrice Gonet, also a famous person, was hired to work on the diving watches of the Seapod collection. Ikepod watches today are liked not only by those who were familiar with Ikepod in the past, but also by those who meet the brand for the first time. The value of the Ikepod has always been in the design because it is unique, and the price of the new Ikepod models suggests that watches are not meant exclusively for rich people. And this is important. 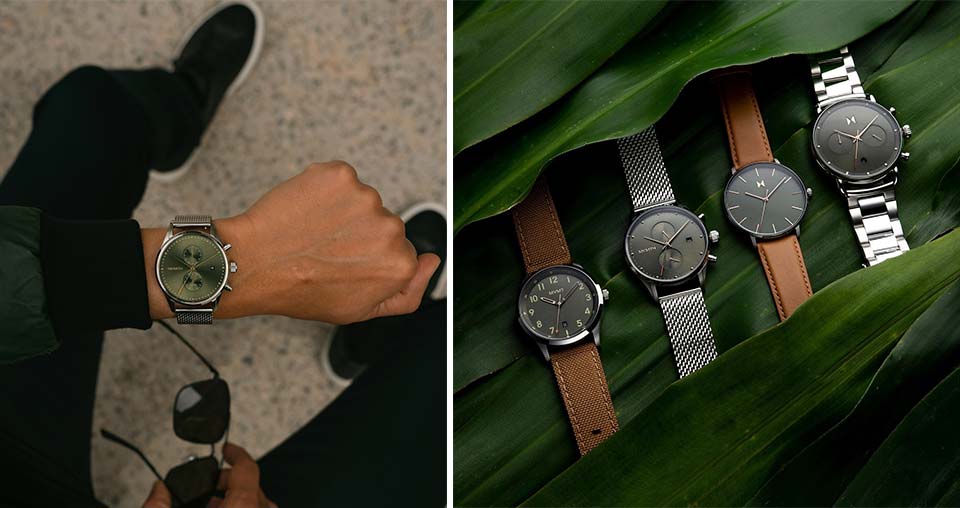 This young company from California is subject to serious study in business courses. A typical product of the era of Internet technology and social networks, created by two friends with no higher education, but with vision and incredible flair, MVMT in a short time has turned from an idea for which funds were raised on a crowdfunding platform into a serious player in the fashion watch market.

MVMT founders Jake Kassan and Cramer La Plante offered the younger generation quality watches with minimalistic design at a very affordable price, amassed an army of fans - more than one and a half million copies sold in 160 countries, more than 4,5 million subscribers on social networks - all in a few years .

In 2018, the Movado Group (manufacturers of watches under the brands Tommy Hilfiger, Lacoste, Movado, etc.) entered into an agreement with the founders of MMVT to buy their brand, built on the DTC model and using Instagram as the main marketing and sales tool, for $100 million.

We advise you to read:  The most popular watch calibers

Jake Kassan once explained that one of the key elements of MVMT's growth and sales was to ensure that anyone who approached the brand on social media had a response straight from "headquarters." The strategy justified itself - in 2017, the company's revenue amounted to $ 71 million, and this despite the fact that the price of most models is $ 100-200. Agree, such a success inspires, and it seems that further growth in the popularity of MVMT watches will be due, among other things, to this observation - in the end, why not join the winners? 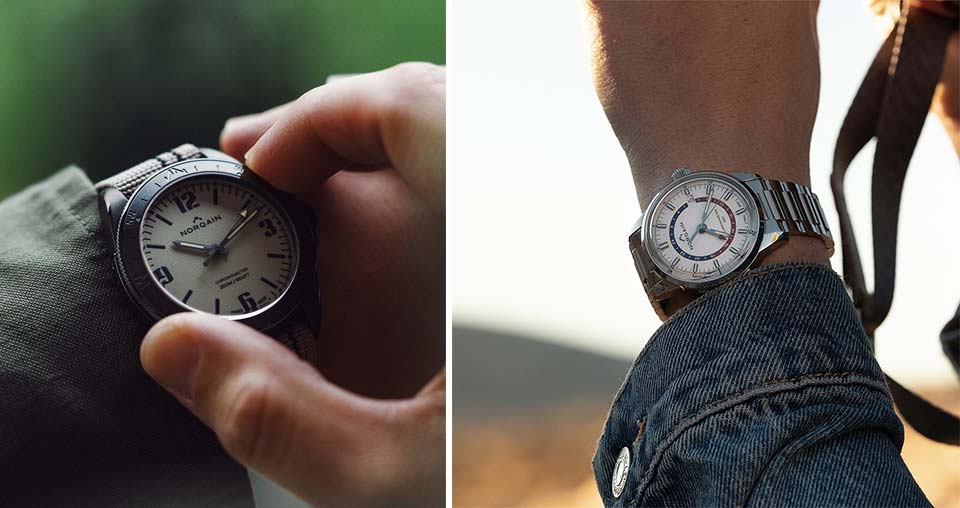 The Swiss watch industry is essentially a network of partners with common suppliers and production. Everyone knows each other, everyone strives for something. There are many specialists who dream of creating "their own watch". Some are up for it, others are not.

Among the recent "daredevil" - Ben Küffer. In 2018, he created Norqain and brought in Ted Schneider, whose family has owned Breitling for nearly 40 years, and Mark Strait, Swiss ice hockey legend and Stanley Cup winner, as co-founders and board members. The chairmanship is Marc Küffer, an industry veteran with 45 years of experience (primarily as owner and CEO of Swiss luxury watches), including 25 years on the board of directors of the Swiss Watch Industry Association. When you have such people with you, how can you not succeed?

Together they combined their knowledge and years of experience to offer the Norqain watch to the world. Original, but understandable modern design, high quality workmanship, spirit of adventure, freedom and independence in appearance, reliable performance, affordable prices - what more could you want? Perhaps the details are important ... Let's pay attention to two.

Firstly, and this is important for a truly Swiss watch, all models are equipped with Swiss movements produced by ETA / Sellita or the proprietary caliber NN20 developed together with Kenissi - watch enthusiasts will definitely appreciate this.

Secondly, on the emotional side of things, take a close look at the Norqain case, in addition to the quality of workmanship and polishing, you will surely notice a plate neatly fixed on the side - a nice touch, because at the request of the owner it can be individually engraved - date, name, title...

We advise you to read:  Kinetic technology

In a word, it's good when a family business reaches a new level with such an offer, without these brave entrepreneurs, watch life would be very boring. 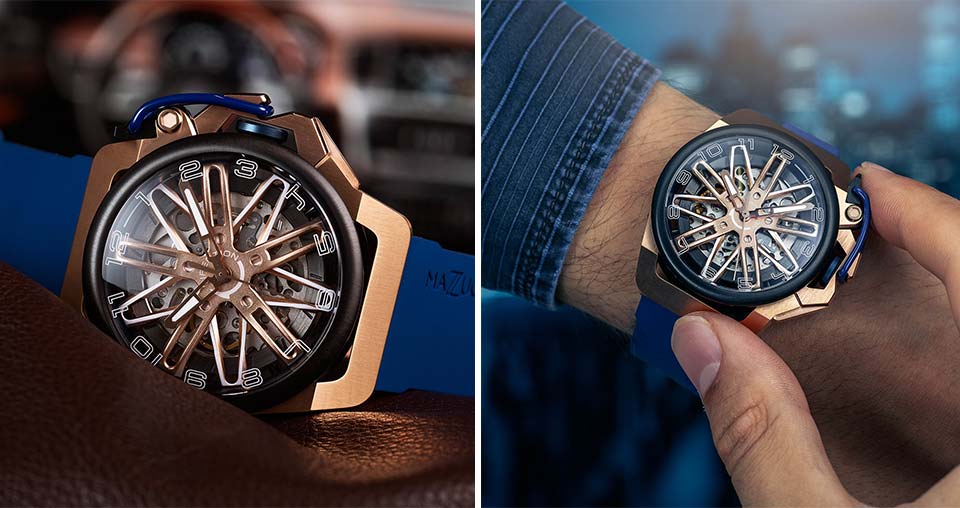 Italians are creative people, and in Italy they love watches very much, they are well versed in them. Italy has given the world a lot of popular watch brands, and we remember each of them primarily for their bright appearance. The watches invented and produced by Simone Mazzucato not only bear his name, but also, they say, completely coincide with the character of the young, energetic and not boring founder of the brand.

Mazzucato is by no means a novice in watchmaking – they say that the success of the Italian brand Locman, its insane popularity in the early 2000s, is largely due to his creative genius. Looking at the watches that Mazzucato is releasing now, it is very easy to believe, and you will not get bored with them (his watches). The main distinguishing feature of all models is the so-called reverse mechanism mechanism (RIM). What kind of animal is this, you ask? Let's go far...

Watches, the case of which can be turned over and continued to be worn on a strap or bracelet, have been around for a long time, the world has known the Reverso models from Jaeger LeCoultre since 1931. The French company Hegid has been offering transformer watches for several years now: several interchangeable versions of the case and the “capsule” – in fact, the watch – which can be inserted into the case of your choice and thereby greatly diversify your watch portfolio.

The Mazzucato system also plays on a similar idea. The watch case is easy to turn over in the “frame” and secure with a special fastener, but this is not even the special charm. The case consists of two modules, the first, “simple”, displays hours, minutes and seconds on the dial, the self-winding mechanism controls the passage of time. The second is a chronograph running on an electronic, quartz caliber. The best of both worlds! In total, the brand has released three collections, RIM Monza, RIM Scuba and RIM Sport, on Kickstarter funds are being actively raised for RIM GT - we wish you success.

Wrist Watch 0 19 views
Citizen has unveiled a new line of watches based on the vintage Tsuno Chrono inspired by Star Wars. Collection

Wrist Watch 0 15 views
With the approach of summer, no matter where and how we will spend the long-awaited or