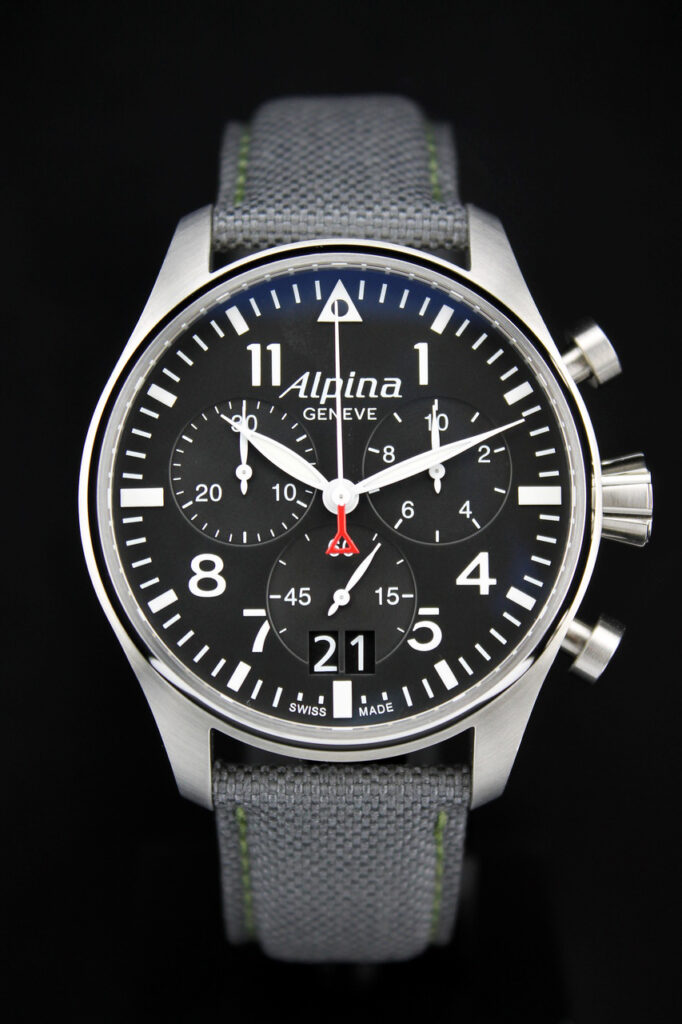 The Swiss company Alpina is a true phoenix that has risen from the ashes. Alpina was founded in 1883, hardened by years of default high-quality Swiss watchmaking, Alpina's character was tested by fate in the mid-1970s, at the height of the "quartz crisis".

Then many watch houses united with only one goal - to survive, the onslaught of quartz watches was so great. Alpina was one of the few companies that did not become part of some association and decided to try to survive the "quartz crisis" alone. Alpina fought with dignity, but, unfortunately, suffered heavy losses and, in fact, ceased to exist, making people less and less happy with their watches.

But do not forget that the phoenix burns down to be reborn again. What happened in 2002 - Alpina officially announced its rebirth. In honor of this event, the Regulateur 1883 model was released, the number in the name of the model pays tribute to the year the company was founded. In our today's review, we will talk about another, ironically, quartz watch model Alpina, which was released not so long ago. Meet the Aviation Startimer Pilot Big Date Chronograph. 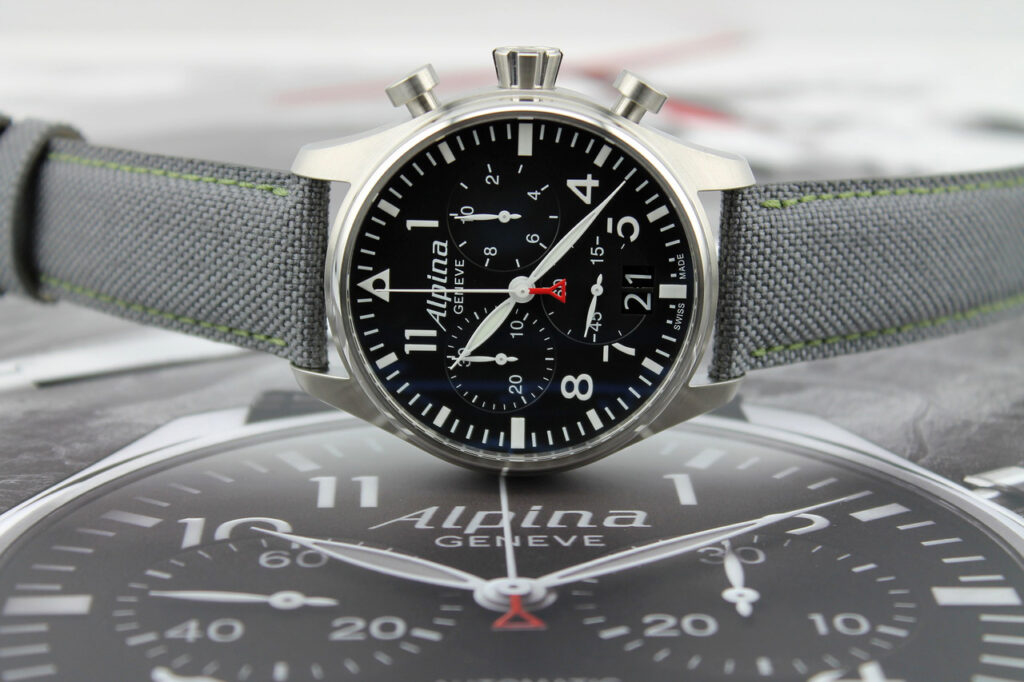 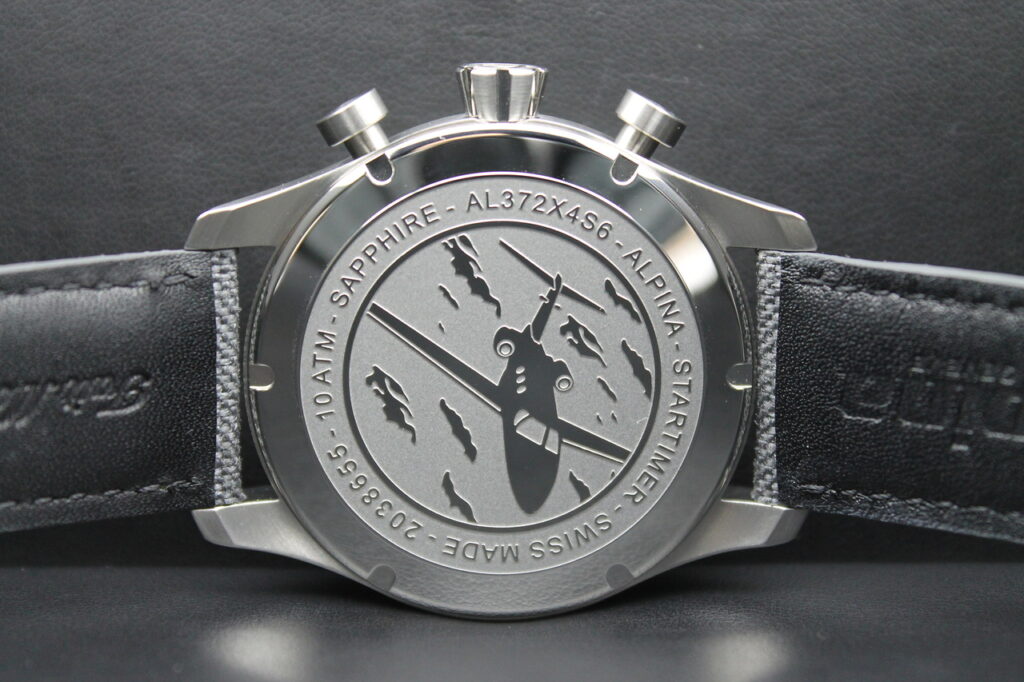 The diameter of the steel case is 44 mm, the plane is also engraved on the case back. The strap is arranged very curiously - the outer side is made of fabric, while soft leather awaits the wearer on the inside. 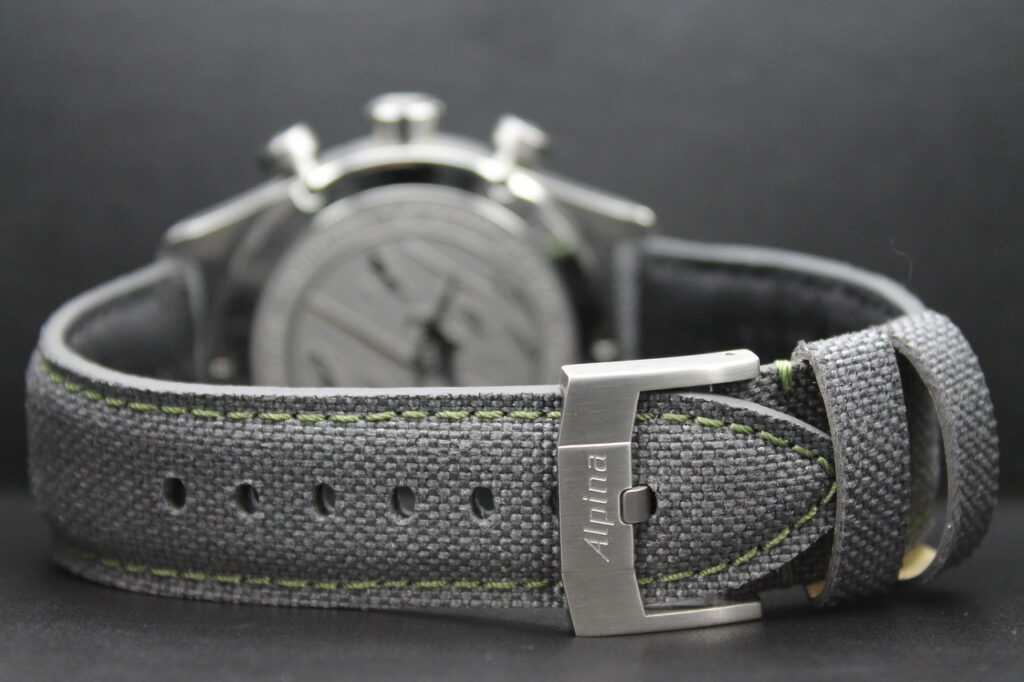 watch with complications, this becomes clear at the first glance at the black dial covered with sapphire crystal. The Big Date and Chronograph are complications present in the model, the presence of which will be useful for both pilots and representatives of various professions.

We advise you to read:  Keeping up with the times - Fossil's hottest men's models 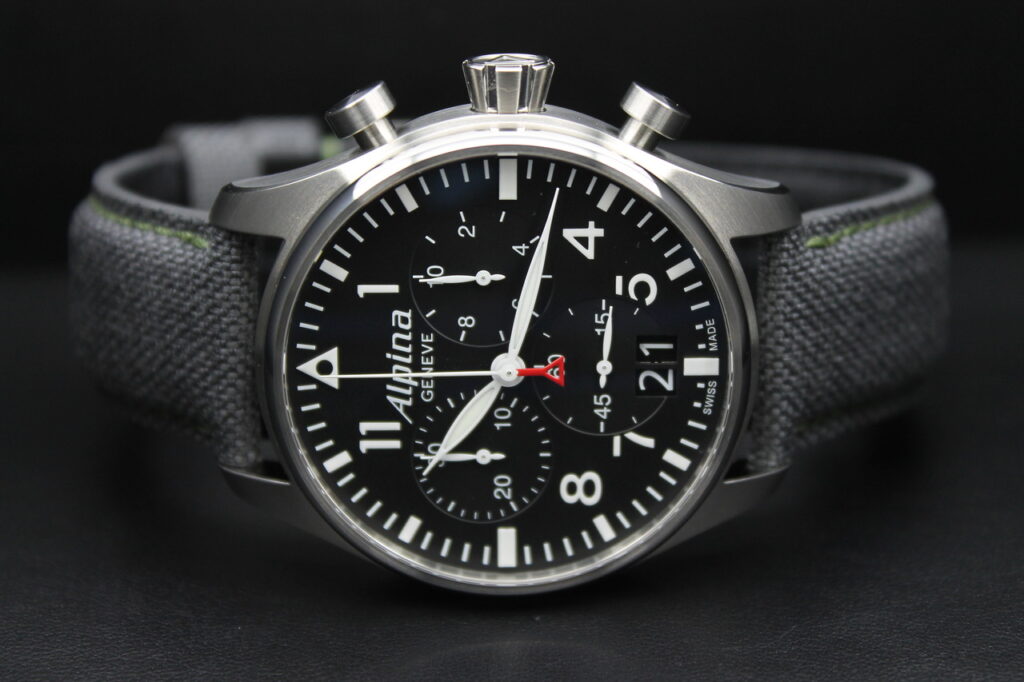 Don't forget the stopwatch! The AL-372B4S6 watch is based on Alpina's own movement called AL-372, the movement includes 13 jewels. 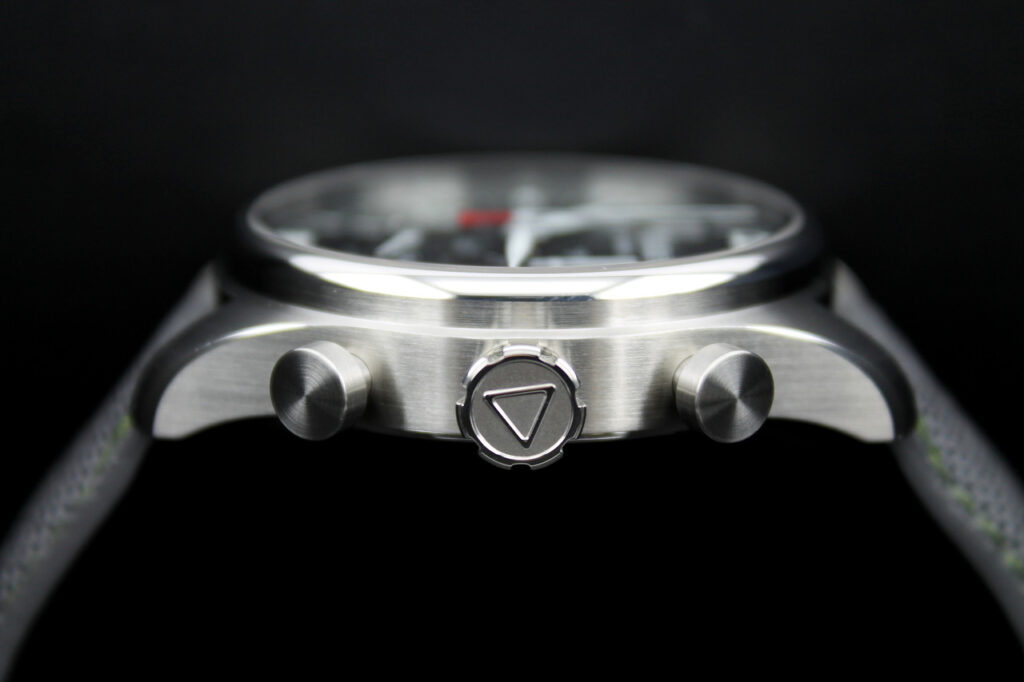 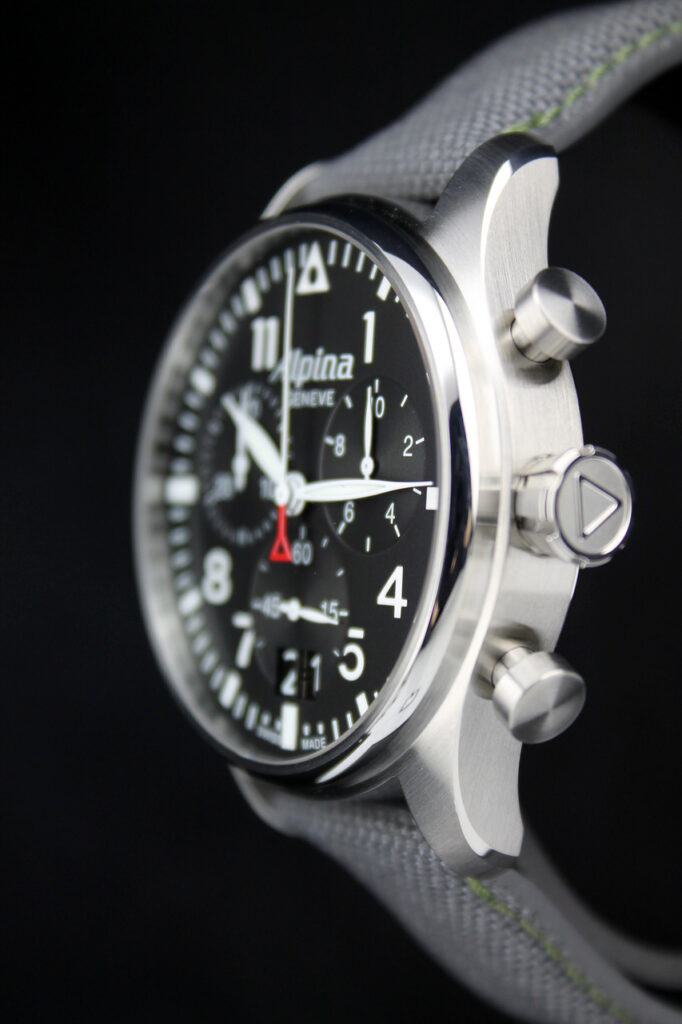 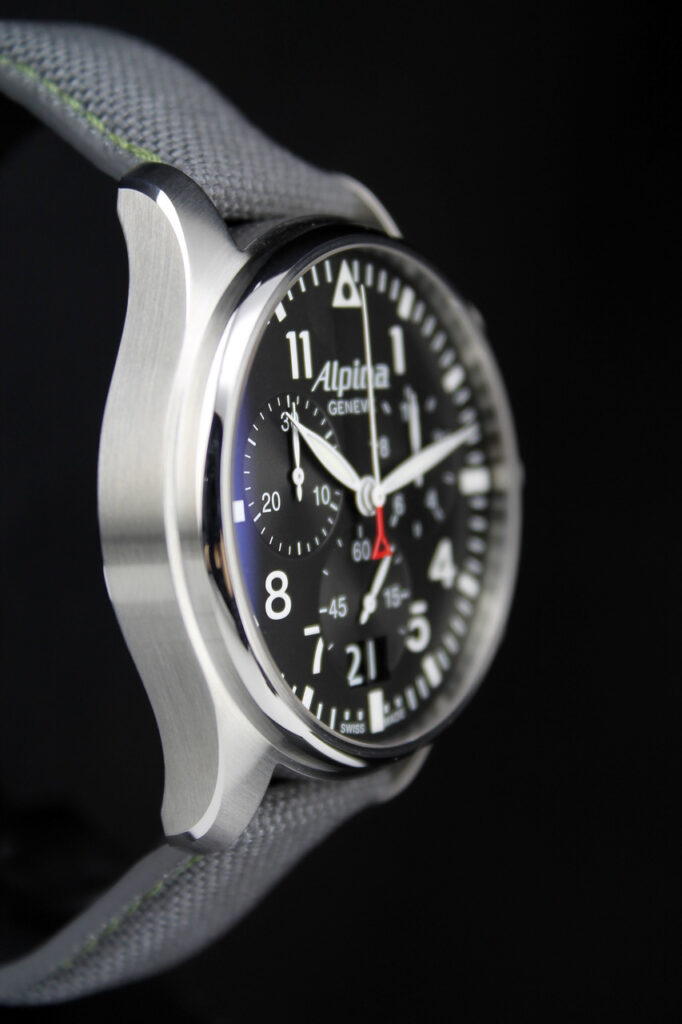 Alpina Aviation Startimer Pilot Big Date Chronograph is an elegant watch from a company whose history is saturated with the romanticism of struggle. Alpina's past defeats and current victories are like the take-off and landing of an airplane - so let every landing be "soft" with this chronograph watch. 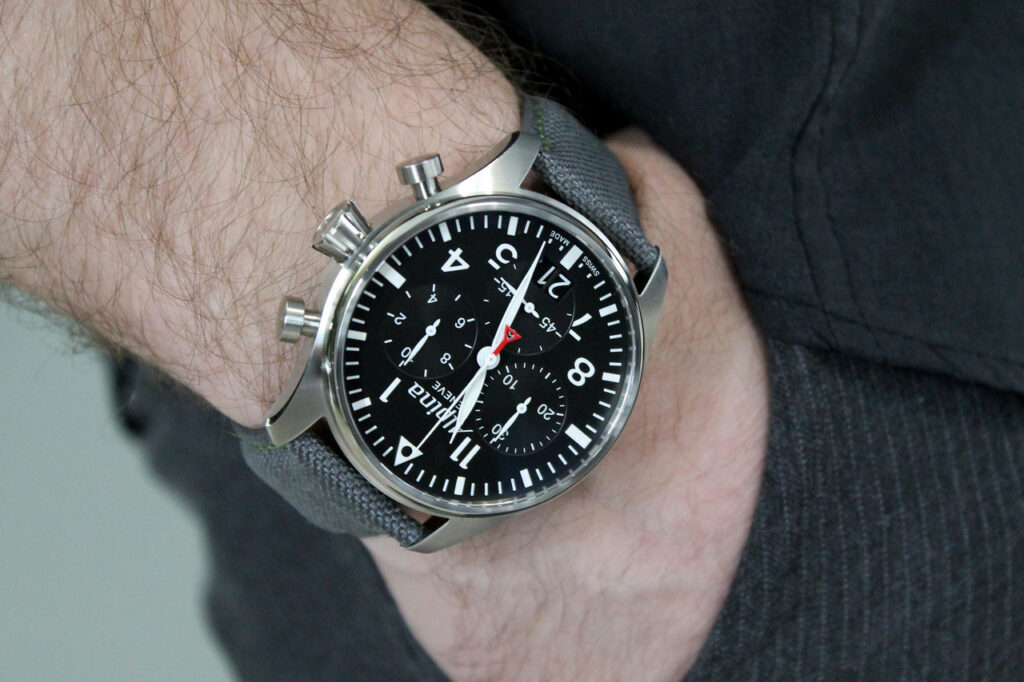 Wrist Watch 0 14 views
Citizen has unveiled a new line of watches based on the vintage Tsuno Chrono inspired by Star Wars. Collection

Wrist Watch 0 12 views
With the approach of summer, no matter where and how we will spend the long-awaited or