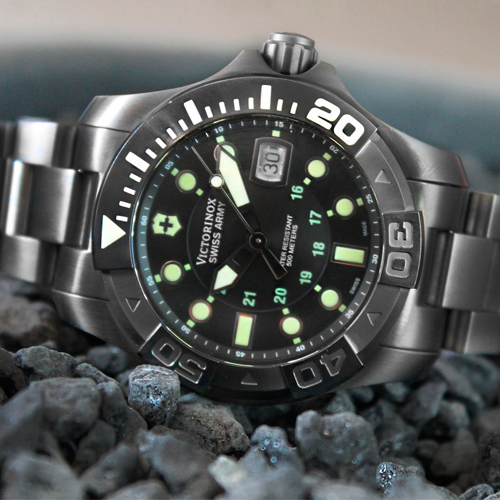 “When building a village, the Swiss first build a shooting gallery, then a bank, and only then a church.” Swiss proverb.

Victorinox (based on two roots: Victoria - proper name and fr. stainlessydable - stainless) is a Swiss company known as the manufacturer of the well-known Swiss officer's knives. It wasn't until 1989 that Victorinox began manufacturing Swiss "army watches" in America. In 1999, the production of Victorinox Swiss Army watches began in Switzerland itself, in the town of Bonfol.

Switzerland is a peaceful country. But all men from 20 to 50 are military personnel. Switzerland is capable of deploying a 22-strong army in 3 hours to a 650-strong army, and in two days - a 1.7-million-strong army, perfectly trained, organized and well-armed. And not only with knives with corkscrews - and cheese, and cans, and chocolate, and the best watches in the world need protection! 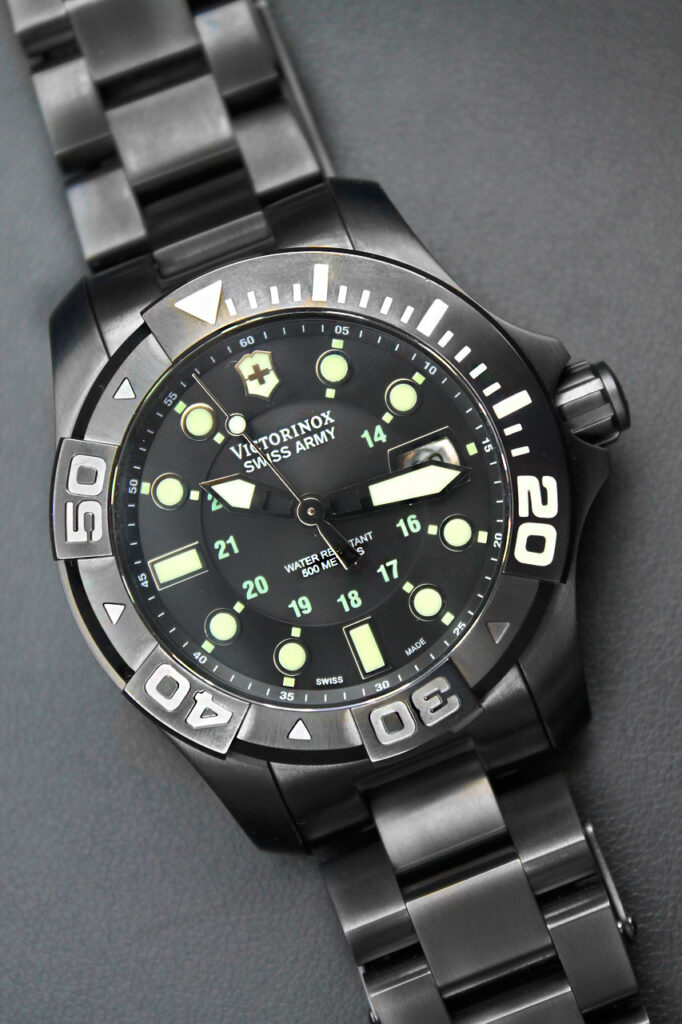 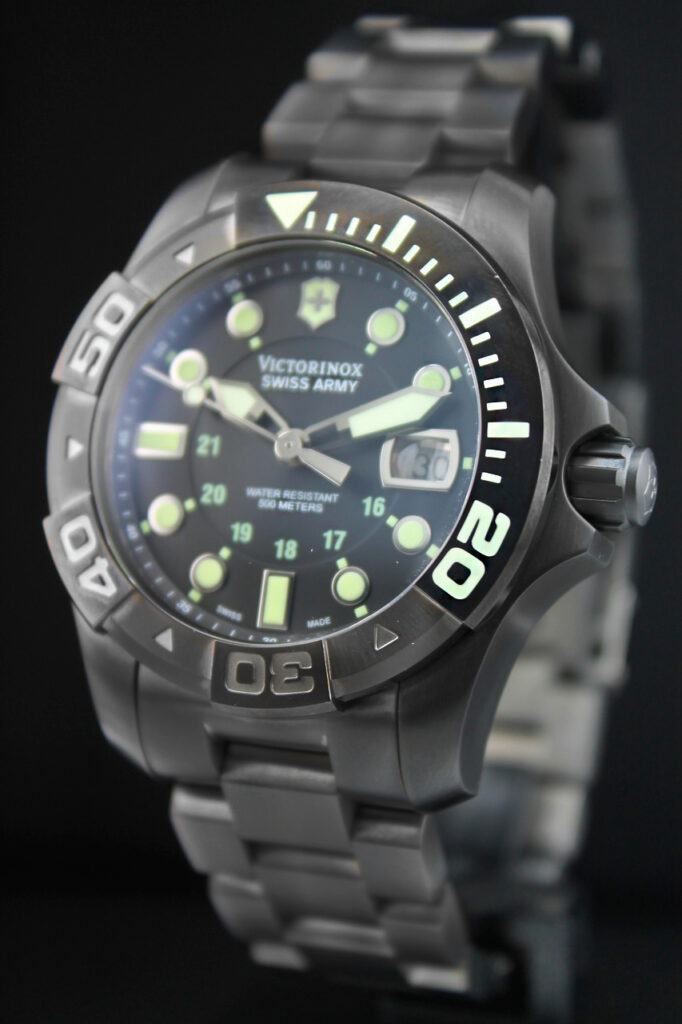 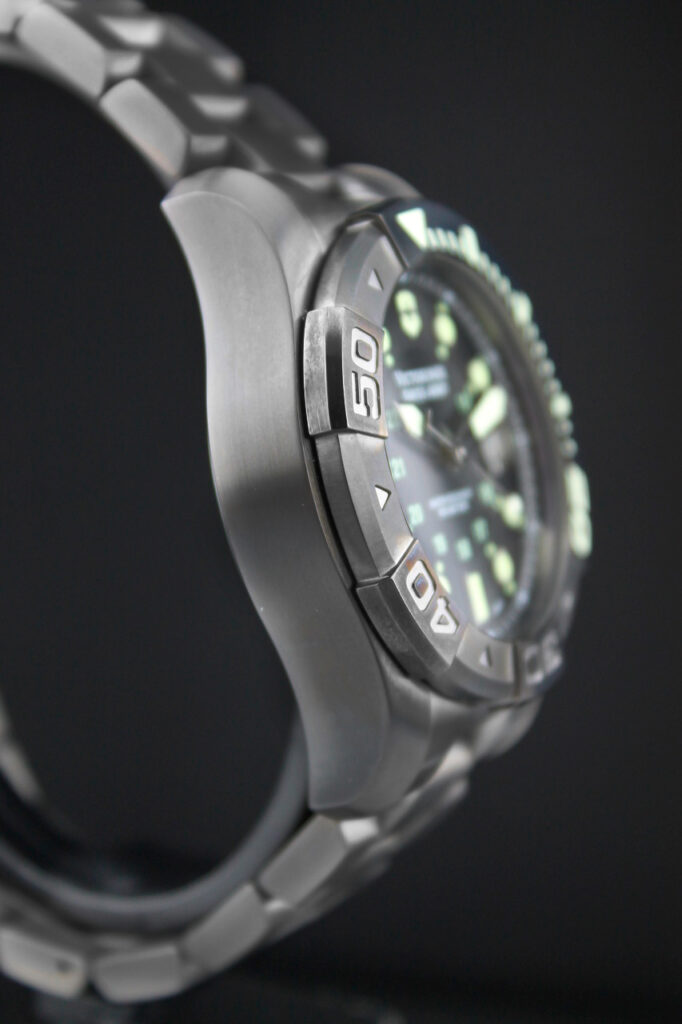 A little more about this coverage. Physical vapor deposition or PVD is the treatment of a metal surface in a vacuum environment with titanium or zirconium atoms. Such products acquire the highest strength. The coating does not even have microscopic cracks, and does not allow scuffs or scratches to form. PVD coating is resistant to water, pressure and high temperatures, and lasts 10-15 years. 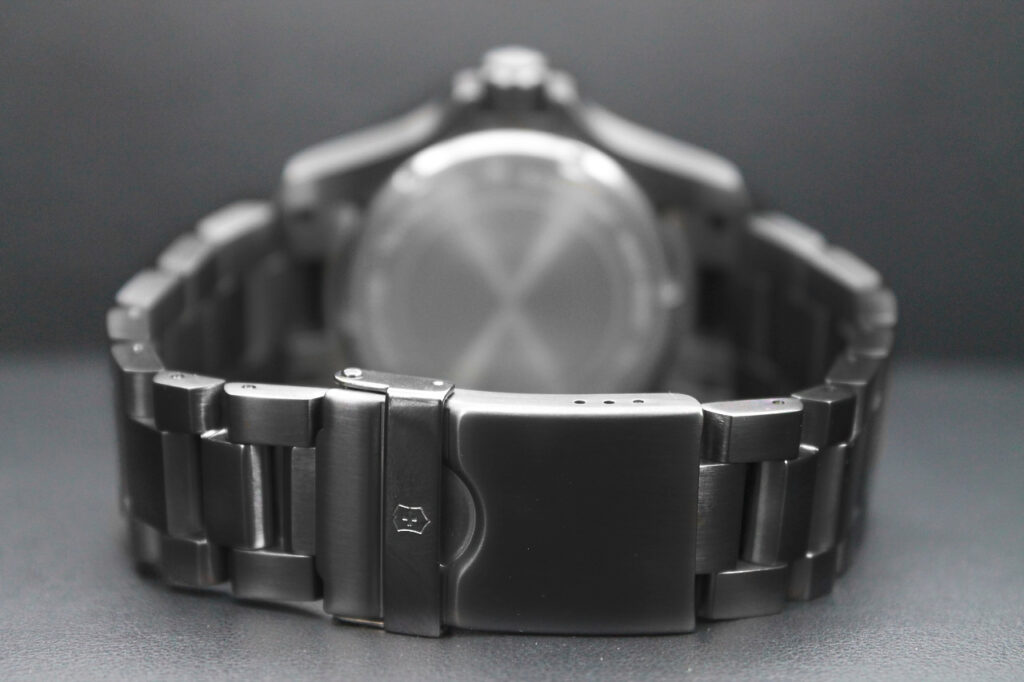 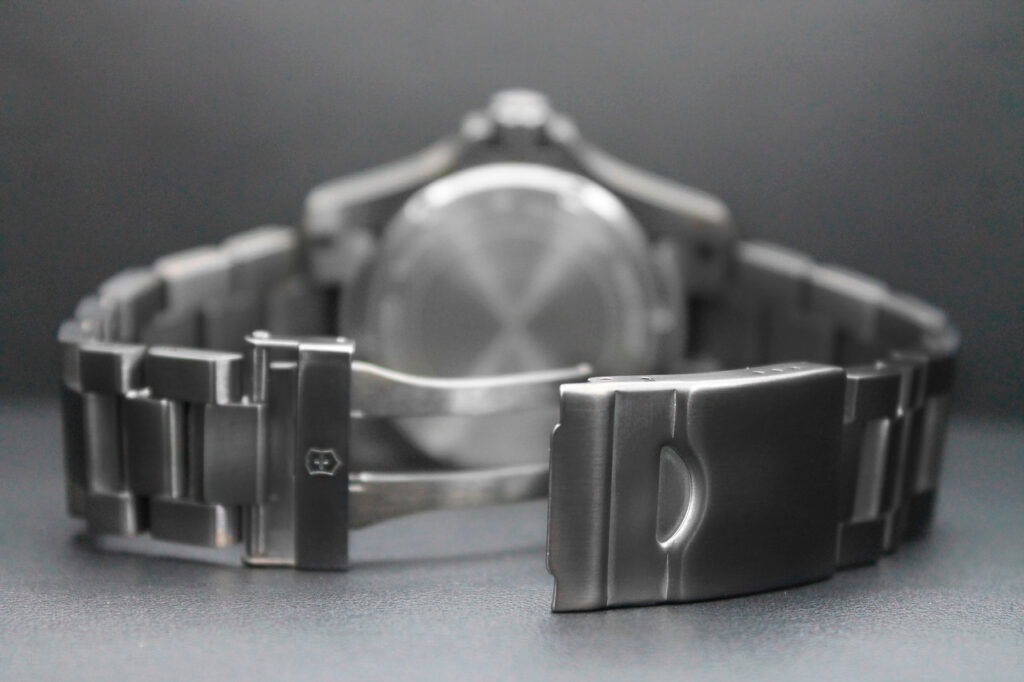 The bracelet with a folding clasp is 23 cm long - it is designed for an athlete's hand! Steel grade 316L, from which the bracelet and case are made, is called “surgical”, this alloy contains molybdenum, it is used in medicine for implantation into the human body, and outside it will definitely not hurt. 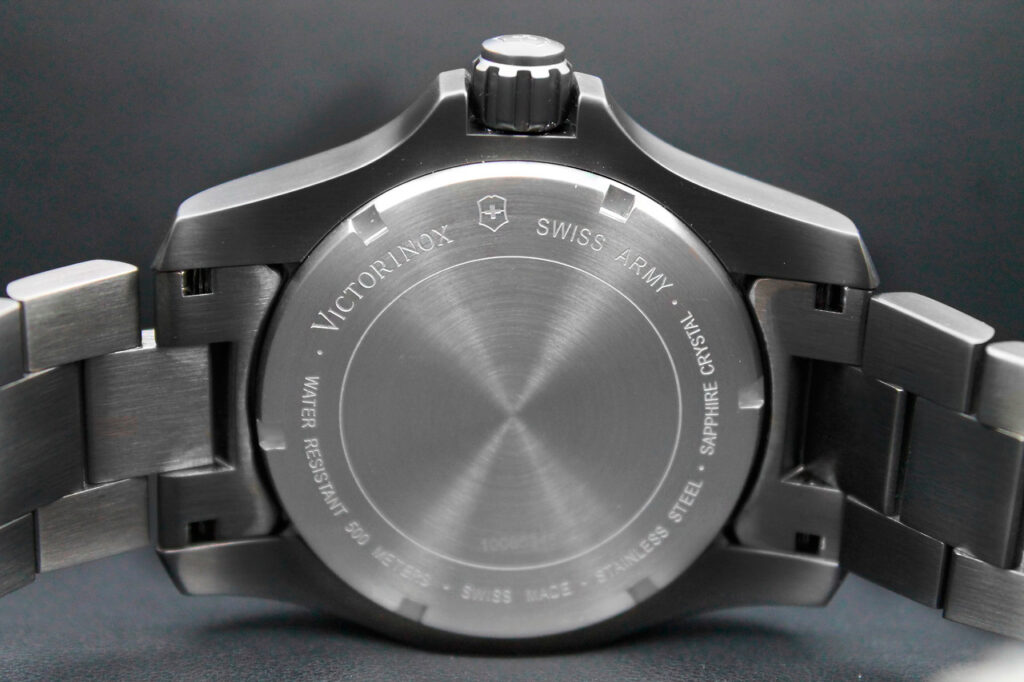 The Dive Master 500 Black Ice watch is equipped with the Ronda 715 quartz caliber by the Swiss company Ronda AG from Lausen. It is this caliber used by brands such as Luminox, Cimier and many others. 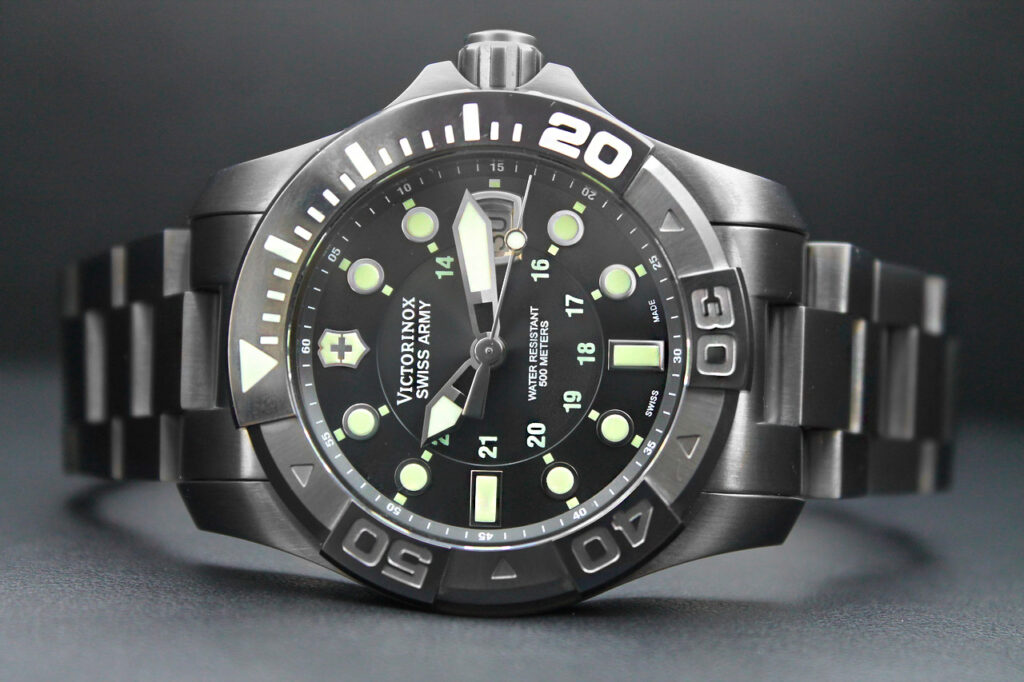 In general, Ronda calibers are very popular, the most common movements are the so-called 7-series: 705, 715, 732, etc. These are very compact, flat calibers, the tallest in the 7 Series at less than 3mm. The thickness of the Victorinox VRS-241429 watch is due to the numerous protective features of the case and the unidirectional bezel. By the way, WR 500 means the ability to dive to a depth of 50 meters - this is not an amateur, but a professional technique.

Visible to us on the cover of the case, the inscription Swiss made means that the caliber was assembled in Switzerland - which in itself is a guarantee. In general, the mechanisms of the 7th series are very easy to repair, assembly and disassembly does not require the use of special tools and work methods. This mechanism is designed for use in real extreme conditions! 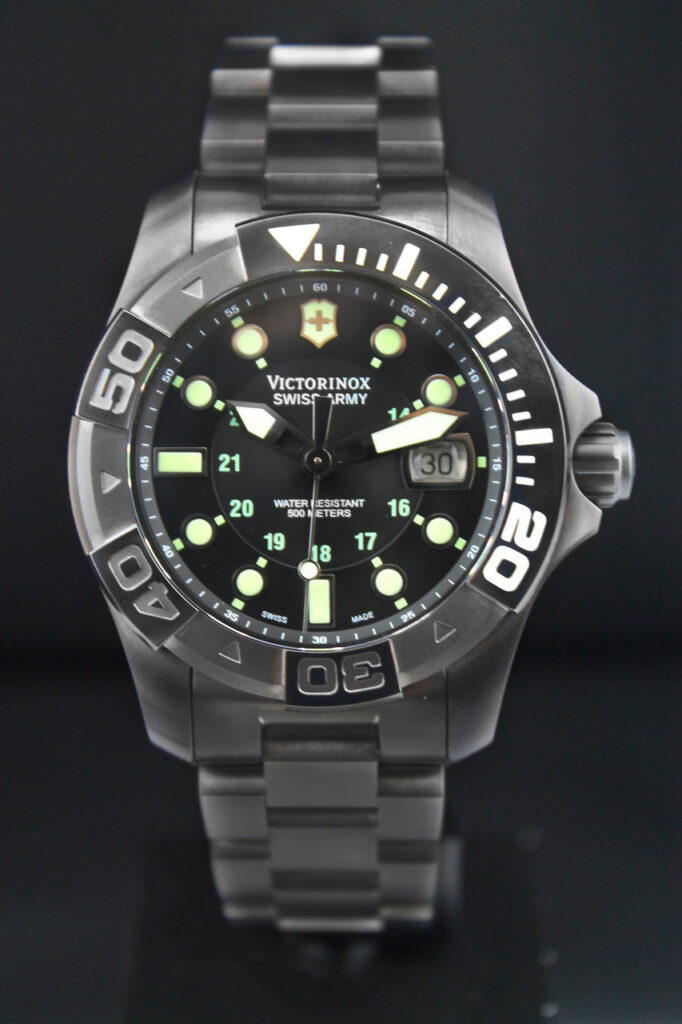 Glass - well, of course, sapphire, and with an anti-reflective coating. The hands are luminescent, as are the markers on the black dial and the numerals on the bezel. The watch has a calendar showing the date. The lithium battery lasts for 10 years. A successful military career fits in 4 batteries. 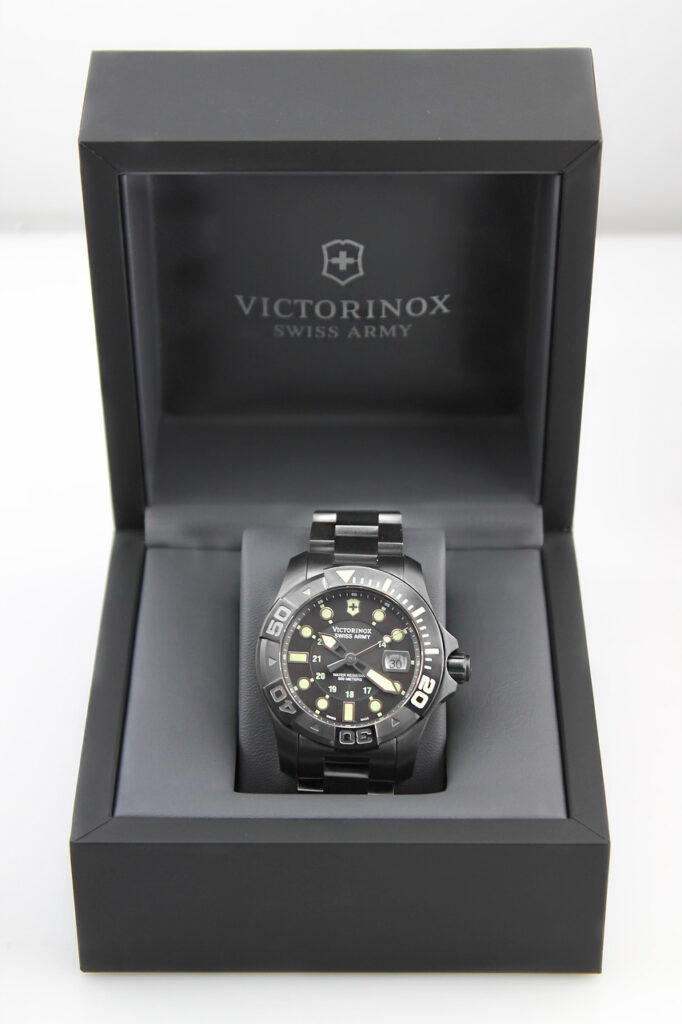 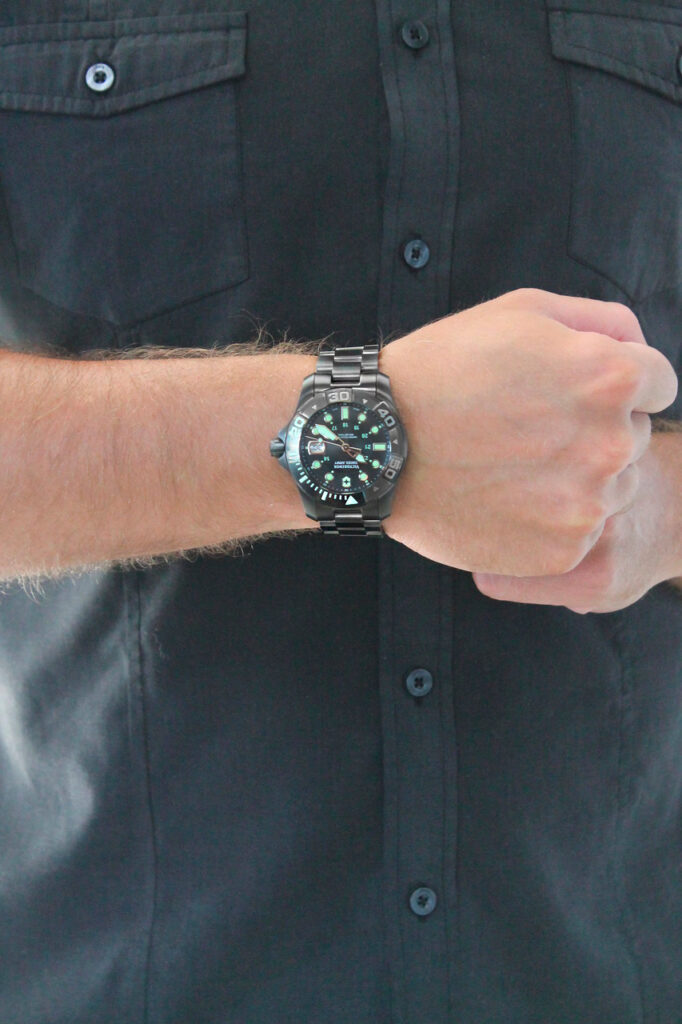 On the clasp of the bracelet there is a brand, a cross inside a shield, a symbol of the Swiss army, known to everyone. By the way, a Victorinox watch is a great gift for awarding the next title!