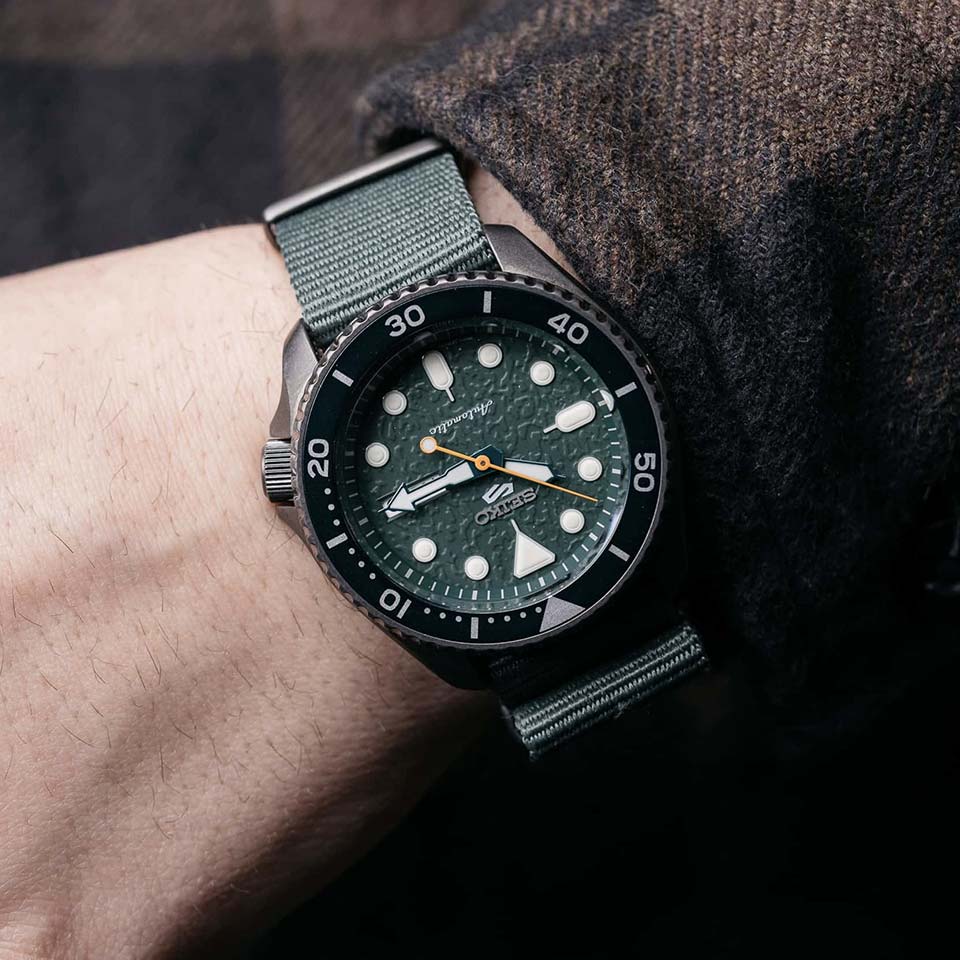 No, no, not a word about politics! We are talking exclusively about watches, and in this case - about watch straps! This is such a type of strap: NATO. However, the strap of the same name is still related to the military-political alliance - by its origin. It all started with the release of the next (third in a row) action movie about agent 007: in the film Goldfinger, James Bond played by Sean Connery wears a Rolex Submariner watch on a black and gray (and even with thin red stripes) nylon strap.

In fact, there was an era of rapid introduction of synthetics into literally all spheres of life ... Whoever caught it remembers, who didn’t find it - believe me: nylon stockings, nylon shirts, "dimensionless" socks, etc. were incredibly popular. Of course, the needs of the military are a priority at all ... And so the British Ministry of Defense ordered a strap for its naval special forces. It was made from a fabric referred to as G10. It soon became clear that nylon was also quite suitable. Straps from it began to be produced in the United States, put into service, sent to "fight". Ultimately, this type of strap was called NATO.

In addition to the material, there are other fundamental differences. An ordinary strap (or bracelet) consists of two parts, each of which is attached to its own bow, which is between the lugs on the watch case. The NATO strap is one-piece, it consists of two interconnected nylon bands: long and short. A long ribbon is inserted under one shackle, then under the watch case, and finally under the second shackle. A short band, thermally or laser-welded to a long one (sometimes sewn on, but this is not standard), holds the case and prevents it from slipping on the strap.

The NATO strap is equipped with three rectangular metal frames that serve to fix the bands and their ends. Of course, there is also a clasp (classic peg) and a number of holes. The straps are made long enough (28 or 29 mm) so that the watch can be worn not only directly on the wrist, but, if necessary, also over the sleeve.

We advise you to read:  Femininity and sensuality of the new Seiko Presage series

So, the main properties of the NATO strap:

Well, the benefits are obvious. Well, what about the cons? There are very few of them, and they are more of an aesthetic nature. The NATO strap does not go well with “suit” style watches, with “going out” models, and is suitable only for sports type watches. In addition, the strap obscures the back cover and does not allow you to admire, for example, the engraving on it or the operation of the mechanism (if the cover is transparent). They also say that nylon does not tolerate high temperatures well, but it can be argued that in a fire, skin is not good, and hot metal is also not a gift for the wrist.

Since we have noted the excellent suitability of NATO straps for sports style watches, we will show two Seiko lines with different options for straps and bracelets. The first is the Seiko 5 Sports models, offered on classic straps, on three-row and Milanese weave bracelets, on NATO straps.

In all other respects, the references starting with the letters SRPD are completely identical: these are “diving” models on the automatic caliber 4R36 (three hands, date, day of the week), in a steel case with a diameter of 42,5 mm, with a unidirectional bezel. The water resistance of the hull here falls short of real diving, amounting to 100 m (and at least 200 m is required).

It is worth saying here that by purchasing the strap separately as a spare, you can radically change the look of the watch without actually changing it. You just need to keep in mind that the key characteristic when choosing a replacement strap is its fit width, which should correspond to the distance between the fastening lugs. In addition, often the NATO strap is present directly in the standard delivery set, as an additional one.

The second line is three Seiko quartz chronographs from the CS Sports collection, on an integrated steel bracelet, on a classic leather-lined nylon strap and on a NATO strap, respectively.

The same complete identity, only with the exception of a certain price spread, obviously caused by specific features of the execution - such as the presence or absence of PVD coating on the case and bracelet, etc.

In conclusion, a few words about Zulu straps, very similar to NATO. The differences are simple: Zulu has more rounded frames, maybe three, like NATO, or maybe five. Zulu's three frame construction consists of a single nylon webbing, the five frame is similar to NATO.