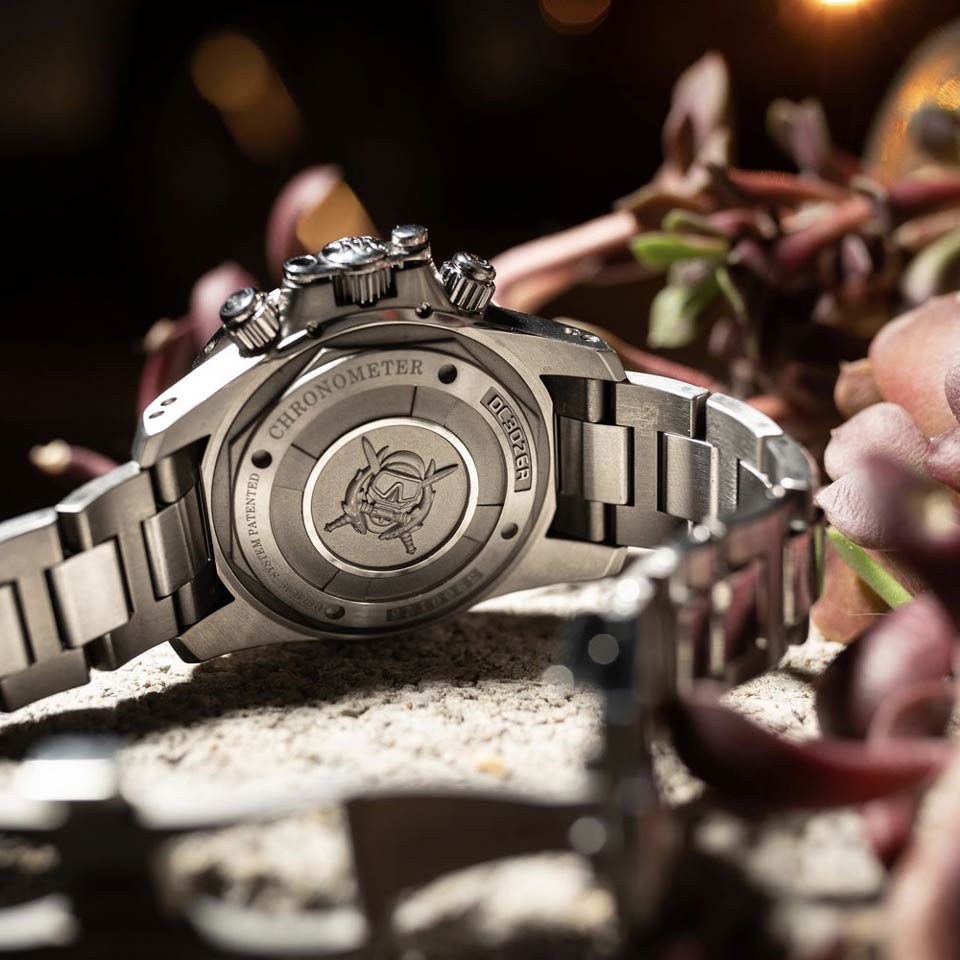 The word "caliber" has many meanings. The most commonly used is the size, the diameter of something. For example, firearms ... But we are interested in this term in relation to watches. It so happened that the caliber (caliber - French, caliber - English) is called a watch mechanism as such.

Let's talk about some of the most common watch calibers. But first of all, let us note the following. In the world of watchmaking, the so-called in-house calibers are most valued. This is another specific term inherited from the history of watchmaking. It means that this mechanism is designed, manufactured and installed in the product entirely within the walls of this watch company - manufactory.

It is clear that manufactory mechanisms differ from others, including in originality, but above all - in price. At the same time, there are a number of large companies in the world that produce calibers with one or another functionality for everyone who wants and can purchase and install them in their watches.

Many worthy watch brands are willing to take advantage of these opportunities. Often they refine the original mechanism, sometimes quite deep, and sometimes they are limited to minimal authorization - for example, marking the self-winding rotor with their logo. They often do without it...

The benefits of off-the-shelf calibers lie, as we have already hinted, in the more affordable price, and in the reliability and dependability of these tried-and-true workhorses. As for the accuracy of movement, which is so important for watches, the finished movements are supplied with guaranteed accuracy, which, through standard adjustment, can also be increased to a chronometric level.

So, here are some of the world's most popular mechanical calibers. In order not to repeat ourselves in the future, let's say: all the movements listed below are self-winding, all also have the option of manual winding.

The Swiss factory ETA is perhaps the most famous manufacturer of watch movements. The origins of the company date back to 1793, and now ETA is part of the largest Swatch Group. However, ETA movements are supplied to a huge number of brands outside the group - without exaggeration, all over the world.

ETA 2824-2, which is a modification of the original (also, of course, Swiss) Eterna 1427, can be called the best of the best. In its current version, it has been produced for 40 years - and does not become obsolete. The caliber has a diameter of 25,6 mm and a thickness of 4,6 mm, is built on 25 jewels, makes 28800 vibrations per hour and has a 38-hour power reserve. Functions - hours, minutes, seconds (central hands) and date (in the aperture). Automatic winding - bidirectional. Includes Incabloc impact protection. There are four classes of regulation, the highest of which (Chronometer) provides accuracy in accordance with the requirements of the Swiss COSC standard: -4/+6 seconds per day.

There are a lot of examples of using the ETA 2824-2 in watches. Two of note: Traser P67 Officer Pro Automatic and Wenger Attitude Heritage Automatic.

The company was founded in the famous Swiss town of La Chaux-de-Fonds, one of the recognized centers of world watchmaking, in 1950. SW 200-1 is essentially a clone of the ETA 2824-2 caliber. It differs from it in one additional stone and, of course, in marking, and nothing more, including quality - an equally reliable "workhorse".

As we have already mentioned, many watch brands, including the top ones, practice the authorization of finished calibers. Such, in particular, is the movement Oris 733, which runs a large number of models of this Swiss company - for example, the Atelier Date watch. Let's pay attention to the "zest" of authorization - the red self-winding rotor.

One of the characteristic tricks of the best watch brands in the world is the use of a ready-made caliber as a basis and its superimposition with a ready-made module. The Swiss company Dubois Dépraz, founded in 1901 and based in the town of Le Leu, in the heart of the Jura Mountains, has long specialized in the creation of such modules. The company has two workshops: in one, all parts are manufactured, in the other, modules of complications are assembled. The catalog contains chronographs, calendars and even repeaters.

Here is the caliber CYS 6420 of a wonderful brand Cuervo Y Sobrinos represents such a symbiosis: the basis of ETA 2892-A2 (in general, an analogue of ETA 2824, only a little later) is supplemented with a full calendar module and a second time zone Dubois Dépraz 5124. One of the results is the luxurious Cuervo Y Sobrinos Perpetual GMT watch line.

The base caliber ETA 2892-A2 has almost the same characteristics as the 2824-2, only with slightly fewer stones (21) and a slightly longer power reserve (42 hours). As for the calendar indicators provided by the Dubois Dépraz 5124 module, they (date, day of the week, month) are effectively implemented in an arrow format, like a 24-hour second time zone.

This is the most common mechanical (automatic) caliber with a chronograph function. It was first released in 1974 by the Valjoux factory, which later became part of ETA. And remains in production to this day. Yes, and the prospects for replacement are not yet visible ...

Switzerland is Switzerland, but Japan is also a force! And since we are talking about mechanics, the Seiko Corporation can be considered the first number in this part. Yes, its huge range includes both quartz and patented hybrid watch movements, but Seiko mechanical calibers occupy an equally worthy place. They are more than competitive with Swiss and any other and, moreover, as a rule, have serious price advantages.

We advise you to read:  Raymond Weil women's watch from the Maestro collection

One of Seiko's most reliable automatic movements is the 4R35, which powers many of the finest models from this fine brand. The 4R35 is an entry-level caliber but is of high quality and, like the ETA movements, can be finely adjusted to achieve chronometric accuracy. No wonder this caliber is the "heart" of such responsible instruments as, for example, professional diving watches. Seiko Prospex PADI (remember, PADI is the International Association of Diving Instructors).

Caliber 4R35 with a diameter of 27 mm and a thickness of 5,32 mm is built on 23 jewels, operates at a frequency of 3 hertz (21600 semi-oscillations per hour); the power reserve is 40 hours. The caliber is equipped with the Seiko Diashock anti-shock system, the self-winding rotor is bidirectional. Functions - basic: hours, minutes, seconds, date.

What is TMI NH35? And this is the same 4R35! The fact is that 4R35 is installed exclusively in Seiko watches. But the Japanese giant is actively and willingly supplying movements - including this one - to watch companies around the world. Just under a different designation. The caliber is prepared for delivery by Seiko's Time Module Inc., hence the abbreviation TMI. This "export version" is found, for example, in watches such as the American Invicta Pro Diver, the Australian Panzera, etc. and so on, a colossal list.

Wrist Watch 0 70 views
Citizen has unveiled a new line of watches based on the vintage Tsuno Chrono inspired by Star Wars. Collection

Wrist Watch 0 54 views
With the approach of summer, no matter where and how we will spend the long-awaited or