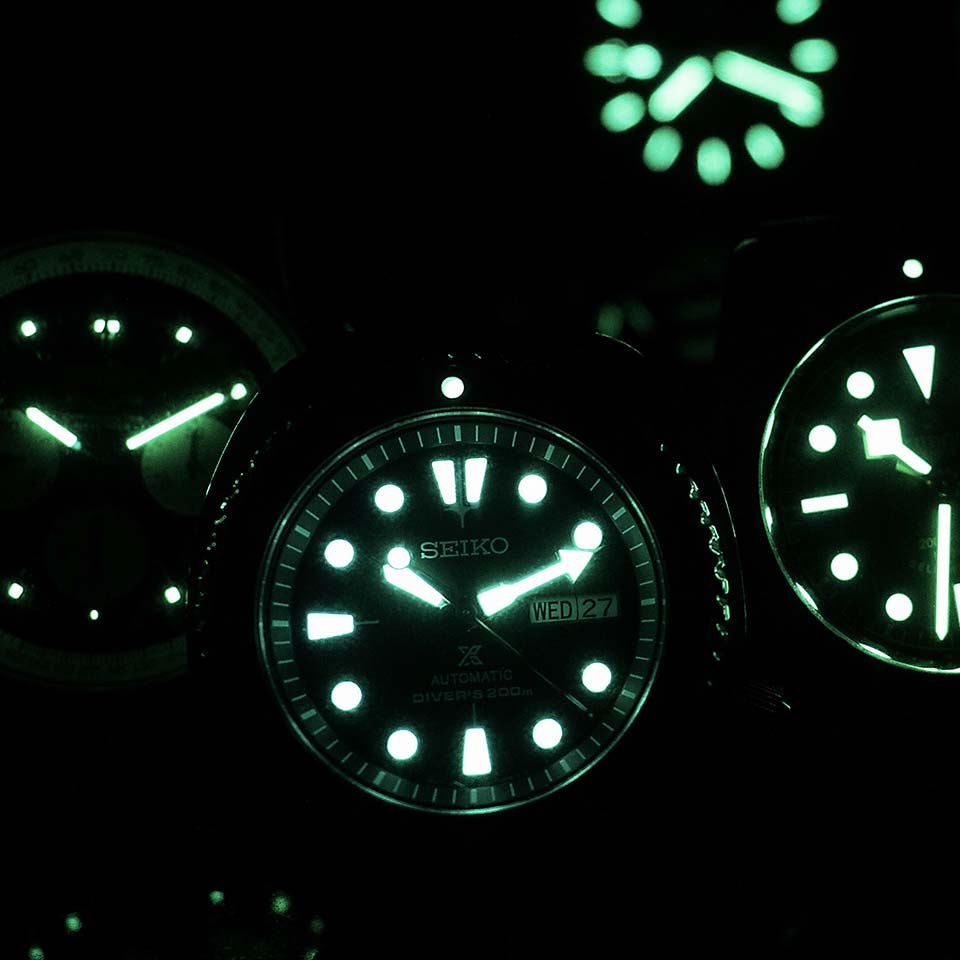 In conditionally dark times, that is, until electric light became the norm of public life, at night, with relative ease, only those who lived near the church or city chimes could find out what time it was. ), or those who could afford a watch with a repeater. Recall that the quarter repeater was created by Daniel Couar in 1680, but it will take another 70 years before the minute repeater is created - but, as now, such a contraption was available only to the elite, because it was expensive.

The substance that made it possible to read the dial in pitch darkness - radium - was discovered by Marie and Pierre Curie in 1898. Watchmakers appreciated the possibility of using luminous radium to paint hands and dials faster than others - luminous paint was invented in 1902 by William Hammer, who mixed radium with zinc sulfide, but Hammer failed to patent his invention, but George Kunz of Tiffany & Co did it ...

Despite the fact that the dangerous effects of radium were revealed already 2 years after its discovery, at the very beginning of the 20th century, it was destined for other great discoveries - like magnetism and electricity, radium became the solution to all medical problems. Radium was advertised as a cure for many diseases, toothpaste with the addition of radium, face cream, underpants and even condoms were released - with disastrous consequences (although you must admit that an organ glowing in the night is something). In those years, the use of radium paint was most common in Switzerland, where, according to Ros Malner, author of The Deadly Glow, “there were so many people working with radium in the country that even on a dark night they were recognized from afar: their hair shone like halo".

In the USA, for example, the use of radioluminescent paint began in 1914, and management hid from the staff (mostly women, hence the name, “radium girls”) the toxic properties of the material. In addition to painting dials and hands, for fun, the workers of three factories drew on each other's faces, painted their nails, and following the bad habit of licking brushes in order to give them the desired shape, they also swallowed lethal doses.

We advise you to read:  North of Little Italy - DNKY Nolita monochrome collection

When the problem became impossible to hide, and the "radium girls" went to court, the factory owners resisted justice and punishment as best they could, referred to vicious behavior and blamed syphilis for the causes of the diseases of the workers, but the "radium girls" were able to prove that the management was aware of the risks , but did not take action - the case ended with payments and pensions to the victims, as well as the establishment of labor protection rules. Radioluminescent paint continued to be used well into the 1960s, but workplace contamination no longer occurred.

The USSR, as one of the major watch-producing countries, also produced quite a few models with radium "luminosity", the most dangerous, according to numerous publications on the Internet, were the "Ural", produced by the Chelyabinsk watch factory, and "Kama" by the Chistopol watch factory. 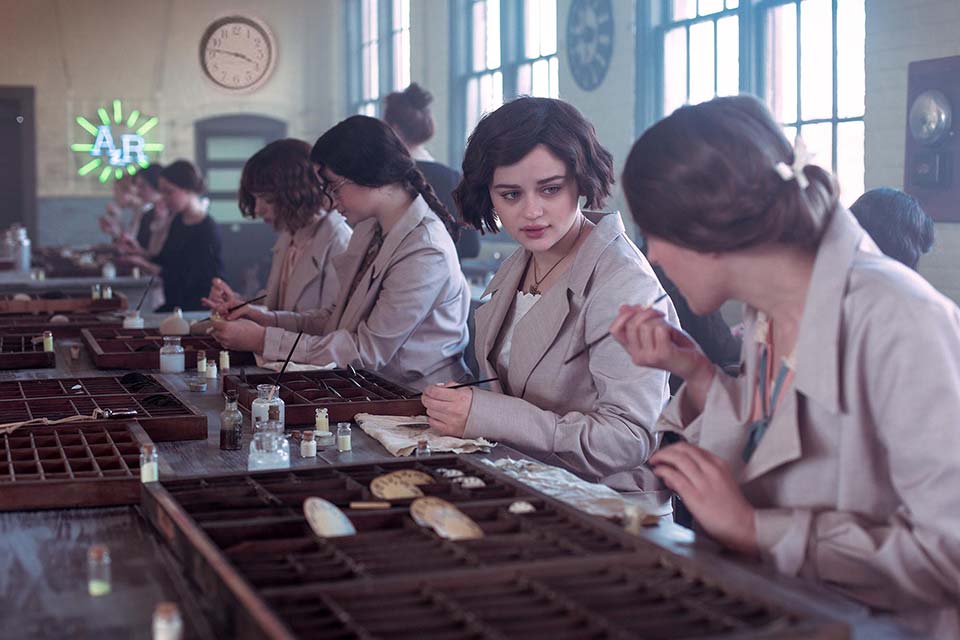 Even with security measures in place, it was clear that radium was dangerous. The alpha and beta particles remained inside the case, but the radium also produced gamma rays, which passed through the case and decayed, resulting in the formation of a highly carcinogenic gas - radon. In the 1960s there was a switch from radium to the use of "less dangerous" strontium.

Strontium was considered a good candidate for replacing radium, but it was not without problems - when it enters the human body, strontium penetrates the bones and causes bone cancer and other "troubles". In Swiss watchmaking, strontium was used by many, for example, Rolex - it “sneaked” into the bakelite (bakelite, aka carbolite, or polyoxybenzylmethylene glycol anhydride) rims of model 6542, as a result of which the watch was recalled and the rims were replaced with safe ones made of anodized aluminum.

Further, promethium and tritium were taken to replace strontium as sources of lesser radiation. Promethium markings - "P" in a circle - can be found on Seiko electronic chronographs commissioned by the UK Department of Defense (late 1980s), this radioactive element appeared on the hands and dials of the famous Blancpain Tornek-Rayville, issued for the Navy United States, a warning was engraved on the back of the case cover.

Promethium is a more active luminescent agent than tritium, it makes dials and hands glow brighter, but its half-life is only two and a half years, which greatly reduces the life of watches - literally. Promethium, by the way, decays into samarium, a very weak alpha emitter with a half-life of 106 billion years. Life is long, but not bright at all.

Tritium works more efficiently, it is a radioactive isotope of hydrogen with a half-life of 12 years and a low-energy beta particle emitter. It was very widely used in the watch industry, but the growing concern of the world community around nuclear weapons and everything radioactive led to a decrease in the tritium content in luminous paints. The “T in a circle” marking was used in watches commissioned by the same British military, the letter “T” itself indicates the presence of tritium. 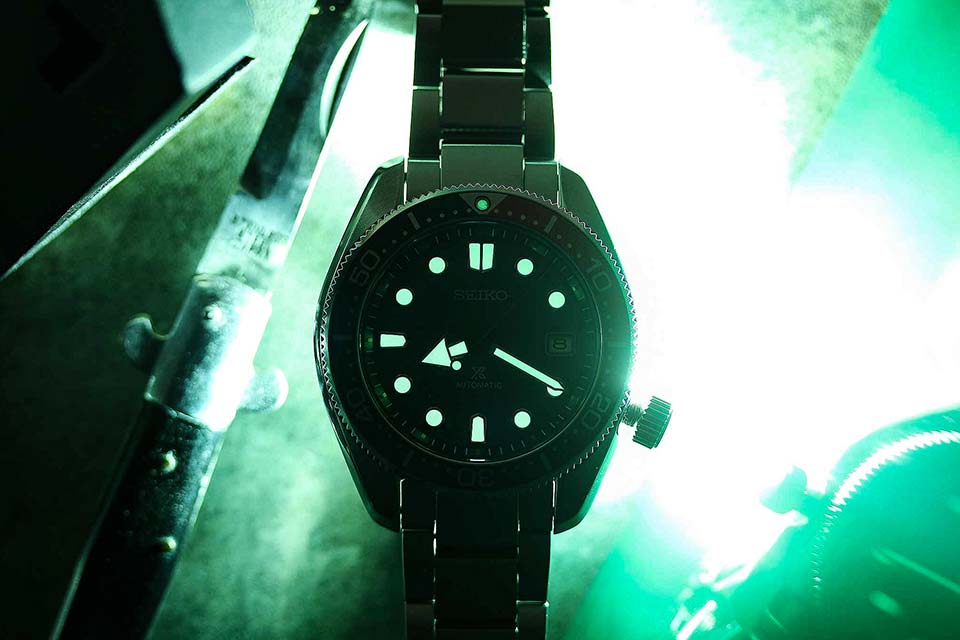 In 1941, when Japan entered World War II, one Kenzo Nemoto founded a company supplying luminous paint for military watch dials. Over the years, Nemoto & Co has kept pace with the times, using first radium and, after 1960, promethium. In 1993, the company developed an innovative luminous compound called Luminova.

Based on strontium aluminate, the new miracle material was not only radiation-free, but also brighter and more durable than any previous zinc sulfide paint, while Luminova does not emit light on its own like radioactive paint, but is photoluminescent. That is, it does not create light on its own, but works like a photonic battery - the material must be charged with light, which is then slowly released over time.

These days, Luminova is made by Seiko, as is their proprietary LumiBrite compound. The name Super Luminova seems more familiar to many of us, because it is more often found in the characteristics of Swiss watches. Everything is simple here - in the mid-1990s, the Swiss company RC Tritec AG entered into an agreement with Nemoto & Co on the production and sale of the Japanese composition in Switzerland, but under the Super Luminova brand. Of course, the company is constantly working on improving the composition and characteristics, but the essence of the invention remains the same.

We advise you to read:  New model of Seiko Novak Djokovic watch 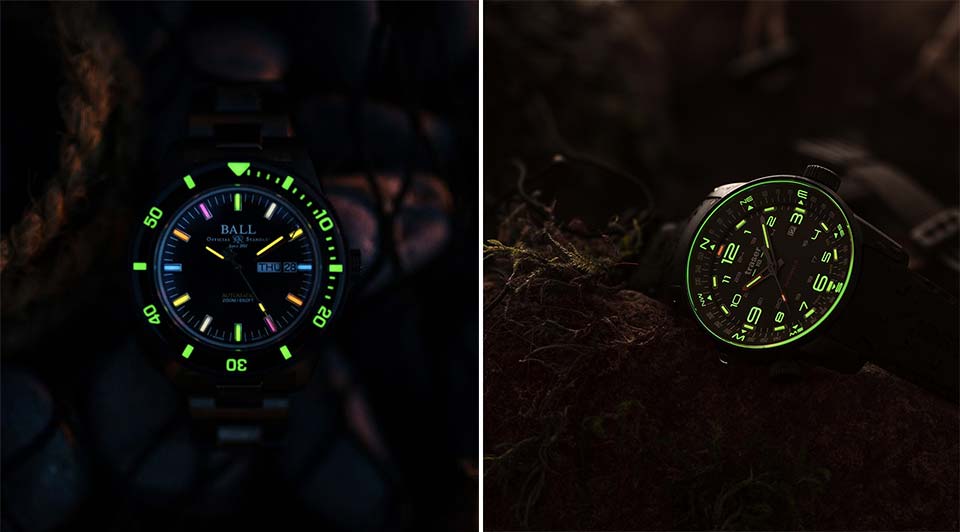 Gas luminescent backlighting is another way to solve the problem of illuminating clock readings. Who carefully reads our blog, probably knows that it is used in Traser and Ball watches, for example. Recall that the microtubes shining on the dials of these watches are a small transparent container, covered from the inside with a thin layer of phosphor paint, and filled with a gas, tritium, already known to us, hermetically sealed.

The beta decay energy of tritium is quite sufficient to cause the phosphor to glow. Such tritium backlight, as a rule, is very bright, it, by virtue of its nature, does not require “recharging” from a light source, and lasts twice as long as the more familiar Super Luminova phosphor. 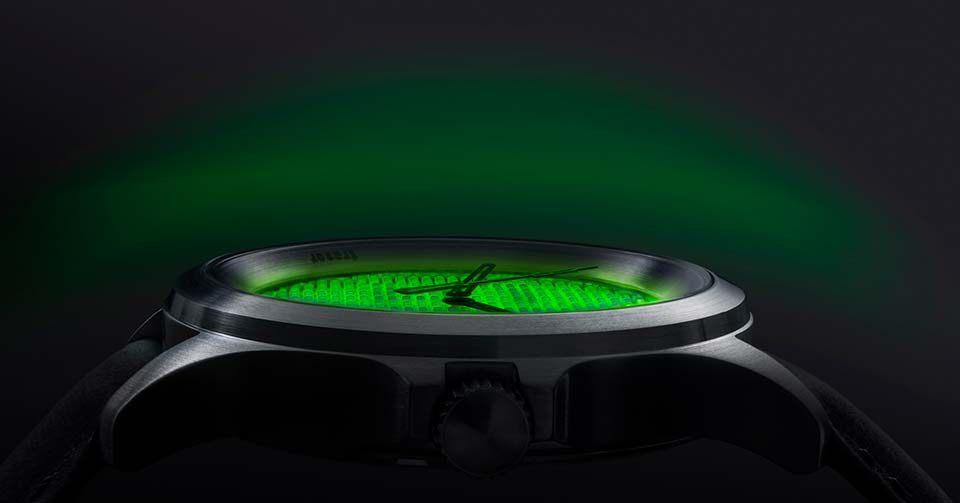 Few people now check the time by the clock on their hand, and even fewer think about what they see, besides indicating the time. But the dial to the same great extent forms our perception of the watch, as well as the case. Probably, work on already known methods of illumination will continue, offering us new options for color, brightness, activation, etc., following current trends not only in fashion, but also in technology.

I won’t be surprised if, over time, the dials begin to glow in the dark, catching the movement of our eyes, supplementing it with the transmission of an exact time signal directly to the brain - so that there is no doubt - even if it’s still dark outside, it’s time to get up for work.

Wrist Watch 0 19 views
Citizen has unveiled a new line of watches based on the vintage Tsuno Chrono inspired by Star Wars. Collection

Wrist Watch 0 15 views
With the approach of summer, no matter where and how we will spend the long-awaited or