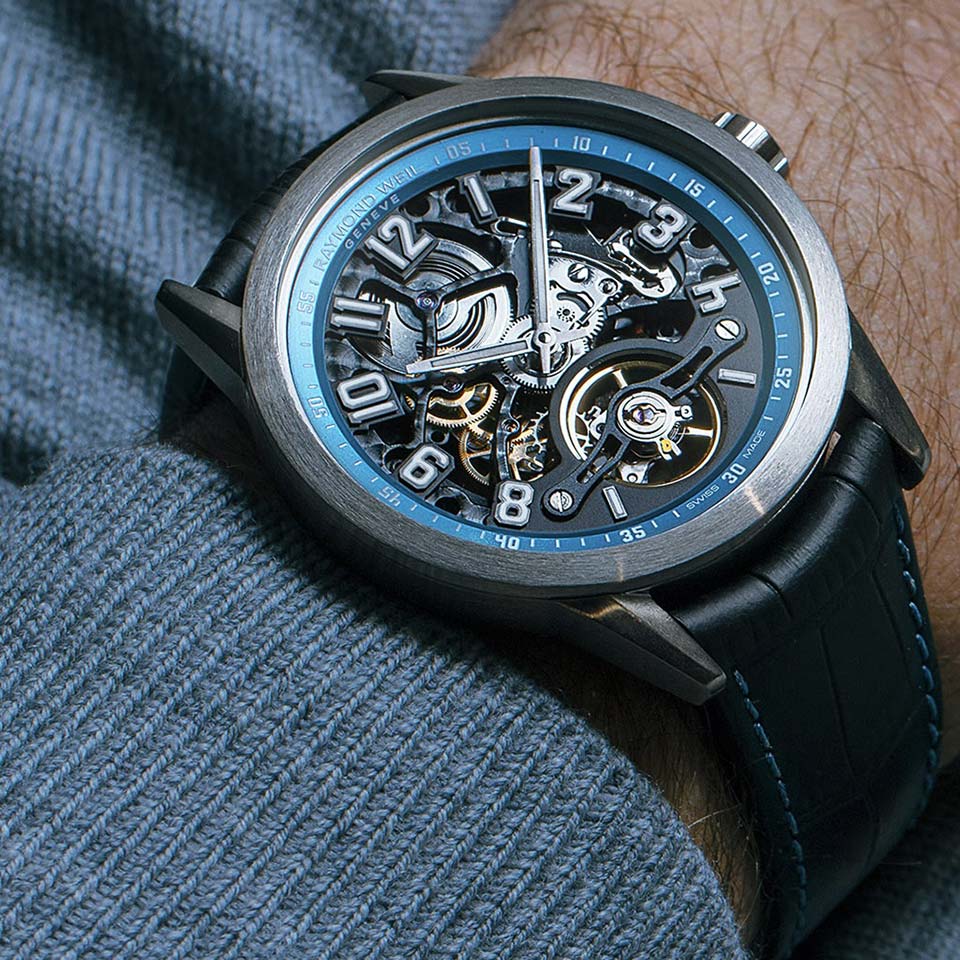 New materials and advances in metalworking technologies on CNC machines, as well as computer design, have made the once complex art of creating "openwork" mechanisms available everywhere. This, on the one hand, showed the world a lot of new and interesting solutions, including technically complex ones, and on the other hand, the skeleton watch has ceased to be something special, and a rare brand does not have something “transparent” in its arsenal. . 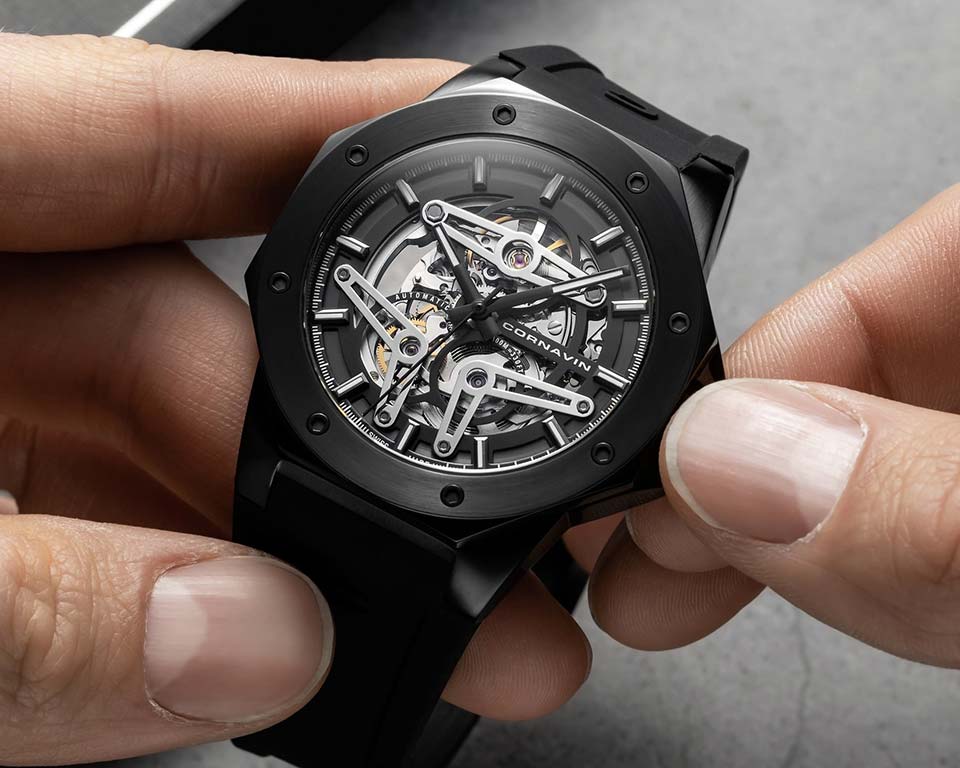 Watches with such an appearance could well have been released by some brand of a completely different price category. Regardless of the color of the case and mechanism elements, any model in this series looks high quality, everything in this watch is harmonious, modern and should not cause any complaints.

In the modern sense, a skeleton is a watch in which the moving parts of the mechanism are left open, visible from the side of the dial and from the back, the removal of excess metal in the details of the watch caliber is welcome, so that only the most lightweight supporting frame remains, the “skeleton” of the mechanism necessary for its functioning.

It should be noted that the first skeleton appeared simultaneously with mechanical watches - the layout of the mechanism parts forced watchmakers to look for ways to hide a large mechanism in a case that is convenient for use. Over time, the issue was resolved and the mechanisms were safely hidden from human eyes, but returned to the skeletons to demonstrate the inner beauties, the skill of polishing and engraving, and not only.

From the history of "transparent"

Among all the architectural structures of the world, the “transparent” ones stand out especially - in fact, is it possible to confuse the Eiffel Tower with something? It was conceived solely as an entrance arch leading to the Paris World Exhibition of 1889, but a revolution in architecture will come and the engineer Auguste Eiffel, who invented the structure of lattice supports and trusses, will proclaim it a prophet.

The tower was erected by about 300 workers, who, with the help of two and a half million rivets, managed to connect 18 steel structures together. The work took about two years.

Approximately the same amount of time is spent today on the creation of watches with complications. The watchmaker's and the architect's trades are somewhat similar: both there and there have long welcomed the desire for transparency. This is how air lancet vaults appeared in some and skeleton mechanisms in others.

Skeletonization or openwork (and, as a rule, with engraving on open parts) was subjected to even the very first, primitive instruments of time, as already noted above. But in our era of the post-quartz renaissance of watch mechanics, this trend has gained new meaning and new life. This happened, among other things, thanks to the innovative use of artificial sapphire glass. 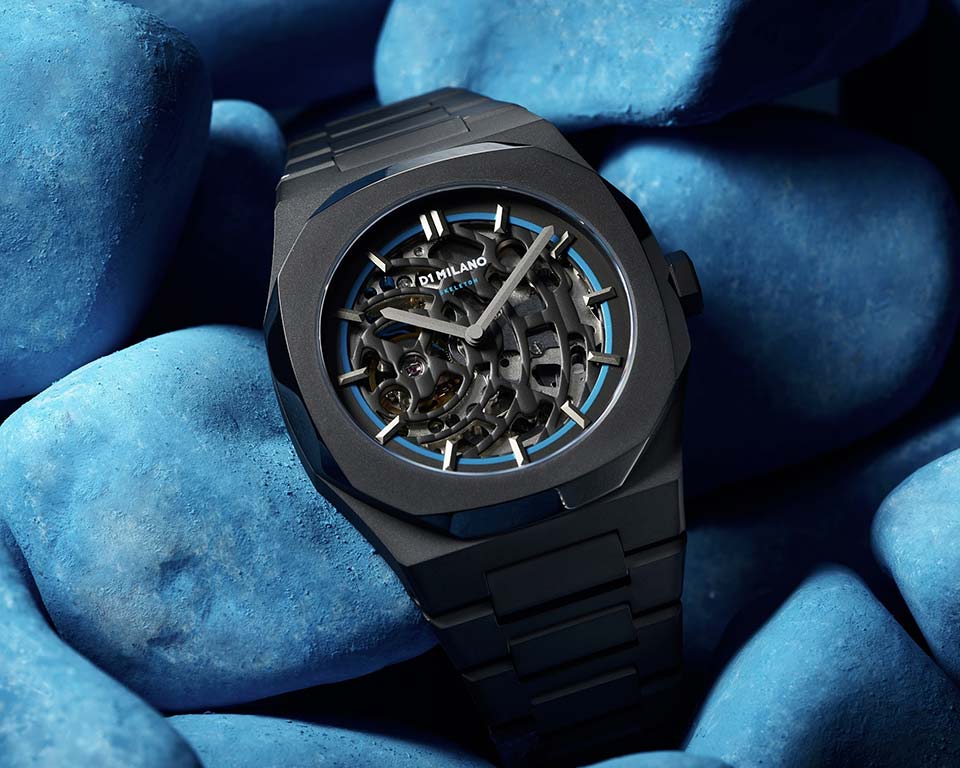 If "Milano" is about fashion and about "rapid consumption", then the D1 Milano watch is no exception. By fast consumption we mean the frequent change of accessories and we thank the brand for a large selection of inexpensive and fashionable watches, including skeleton.

The case-skeleton glazed with sapphire, as they say, opened from a new side. However, it is difficult to understand the significance of this innovation without knowing what it costs watchmakers to create sapphire crystals. The Verneuil method (named after the French chemist Henri Verneuil, who invented it at the beginning of the 20th century) grows a single crystal of colorless artificial corundum. It takes 100 years for nature to create corundum (including its precious varieties such as sapphire and ruby) - modern technologies make it possible to obtain corundum of a given size in 15 hours.

Only diamond is harder than corundum (10 versus 9 points on the Mohs hardness scale) - naturally, it is the only one that can cut sapphire glass. It takes a lot of time for this: a crystal, similar to a long loaf of bread, is cut into slices in 5-8 hours. The resulting blanks are turned to the desired shape (the permissible error is not more than 0,02 mm) and transferred to the hands of qualified specialists. Further - removal of thickening, formation of external surfaces, chamfering, cutting, giving a convex or concave spherical or cylindrical shape, polishing, cleaning and quality control - a total of approximately 20 different stages of the workflow.

We advise you to read:  Unbreakable union: watches and cigars

Between stages, the blanks are thoroughly cleaned from sapphire plaque, diamond dust and adhesives remaining after sawing with diamond discs. Each new form of sapphire glass requires its own equipment, and it is most often impossible to buy the necessary tools and machines, and in most cases they have to be specially designed. 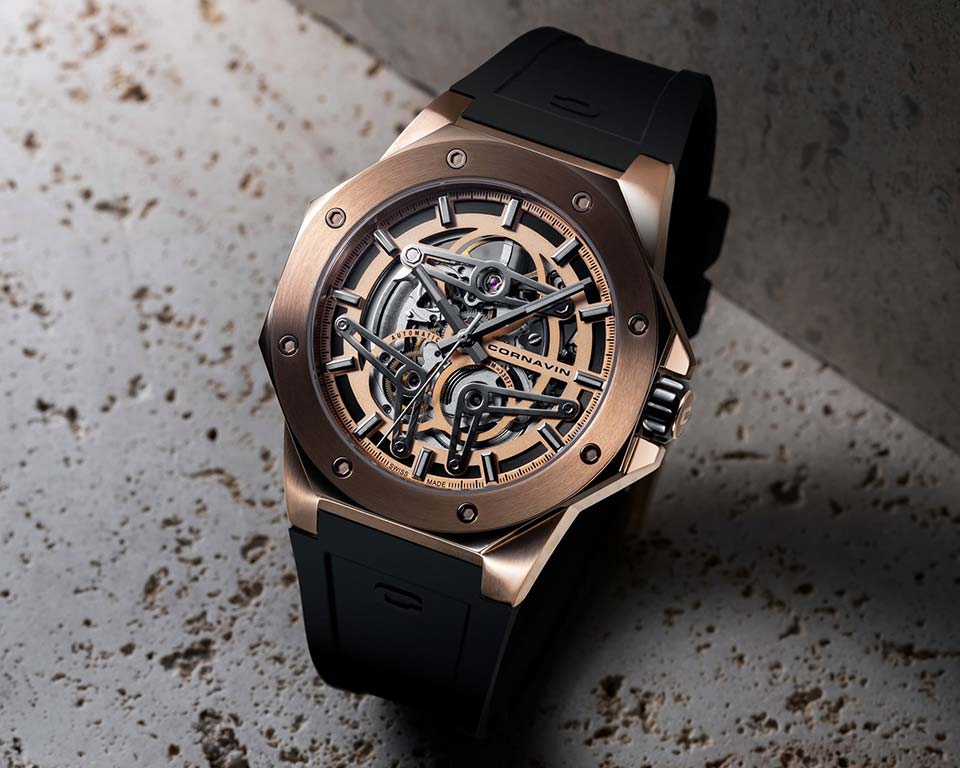 Whether you personally like these watches or not, in general, the international Internet community agrees that this series of the brand was very successful. The Cornavin Skeleton Automatic offers great value for money

Of course, the watch-skeleton does not carry any practical value and meaning for the owner - on the contrary, most of the dials of this type of watch are extremely inconvenient for reading. Also considered rather dubious is the attractiveness of the male hairline of the wrist, which often peeps through the “transparent” mechanism and transparent case back.

With all this, one cannot but admit that the skeleton instances themselves are very interesting, and it does not matter in which price group they appear. The reason is simple - we live in the era of watch designers, and just let them come up with something special! So the current skeleton is nothing more than an exercise in design, to a lesser extent they are an expression of innovative engineering. That, we will make a reservation again, does not detract from their attractiveness.

Choose those that you like with the purity of lines and shapes, patterns and other decorative elements, if we can give advice - look for modern options (like D1 Milano or Cornavin), because the classic-looking inexpensive skeleton does not fall far short of their “brothers” from the high echelon . 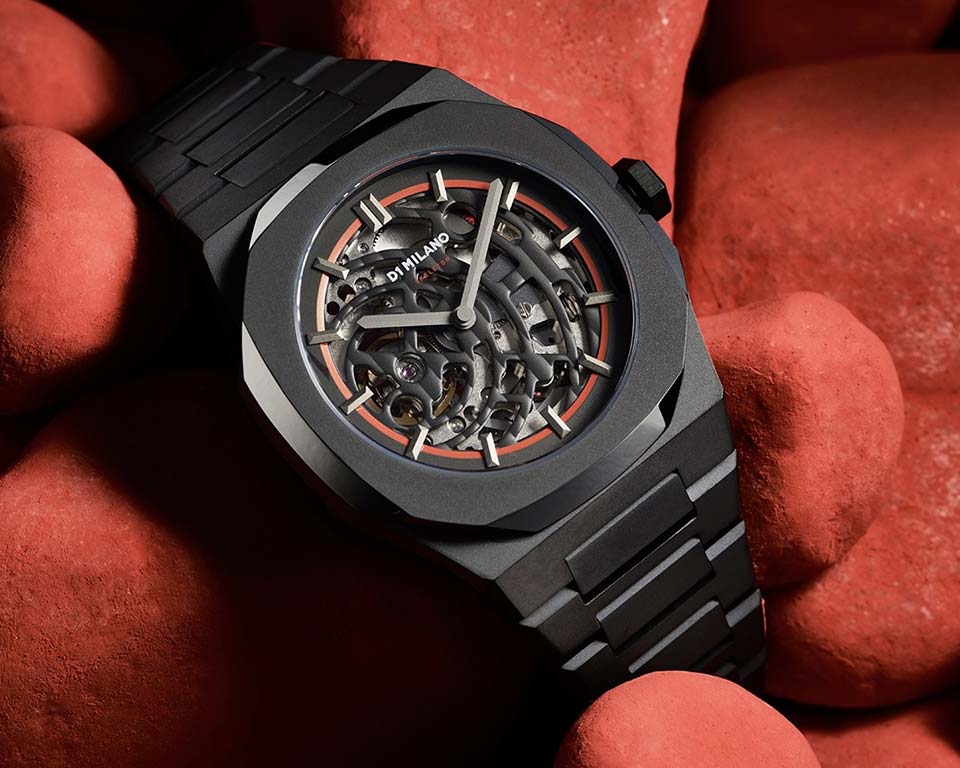 Looking at the mechanism is not about the skeleton D1 Milano, these models use the outwardly unremarkable Seiko NH70. Here I like the multi-level dial, try to count the number of "floors" and circles at your leisure - an amusing puzzle.

We advise you to read:  Please note - the most frequent malfunctions of the watch
Wrist Watch Source
You may also be interested.

Wrist Watch 0 29 views
Citizen has unveiled a new line of watches based on the vintage Tsuno Chrono inspired by Star Wars. Collection

Wrist Watch 0 22 views
With the approach of summer, no matter where and how we will spend the long-awaited or