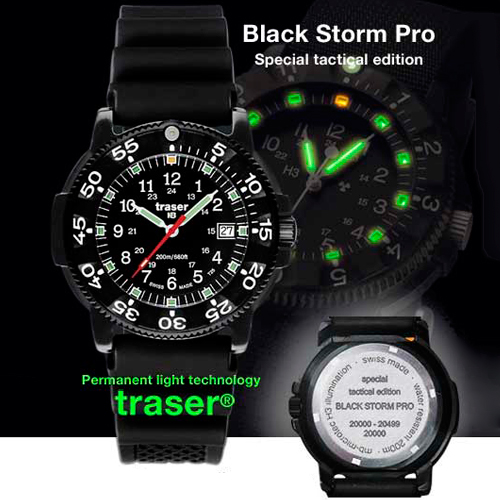 At the word tritium, many people think of a source of radiation and a weapon. In the meantime, it is used for peaceful purposes, such as in the watch industry. The unique tritium backlight is tried on in Traser watches.

Traser is a Swiss watch company. The realization of Traser's level of seriousness comes when the history of the origin of this brand becomes clear.

In 1918, Traser did not yet exist - then the newly created company was called "Merz & Benteli AG" (formed by adding the names of its two founders, chemists by profession, Walter Merz and Albert Benteli). They were mainly engaged in the creation of elements tritium backlight commissioned by several watch houses. Walter and Albert were generally one of the pioneers in the use of tritium in watches, and also helped the giants of science in every possible way. Among the latter, by the way, was the famous Maria Sklodowska - Curie, who discovered polonium.

Time passed, the year 1968 came. Yuri Gagarin dies tragically, humanity lives in the midst of the Cold War, and Mb-microtec AG opens in Switzerland. What is this new company? Not new at all, but simply renamed Merz & Benteli AG. The name of the company was decided to change immediately after the founders realized that they were ready to produce their own watches. It was Mb-microtec AG that became the ancestor of the Traser watch, which will be discussed. 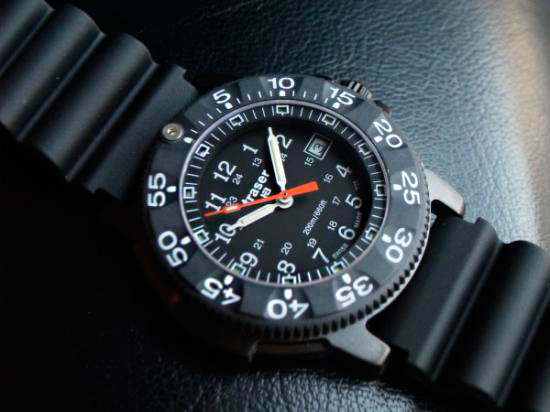 The watch was created for the wrists of true heroes, for those who are often forced to put their lives at risk. Not without reason, Traser watches are an indispensable attribute of many special forces units. 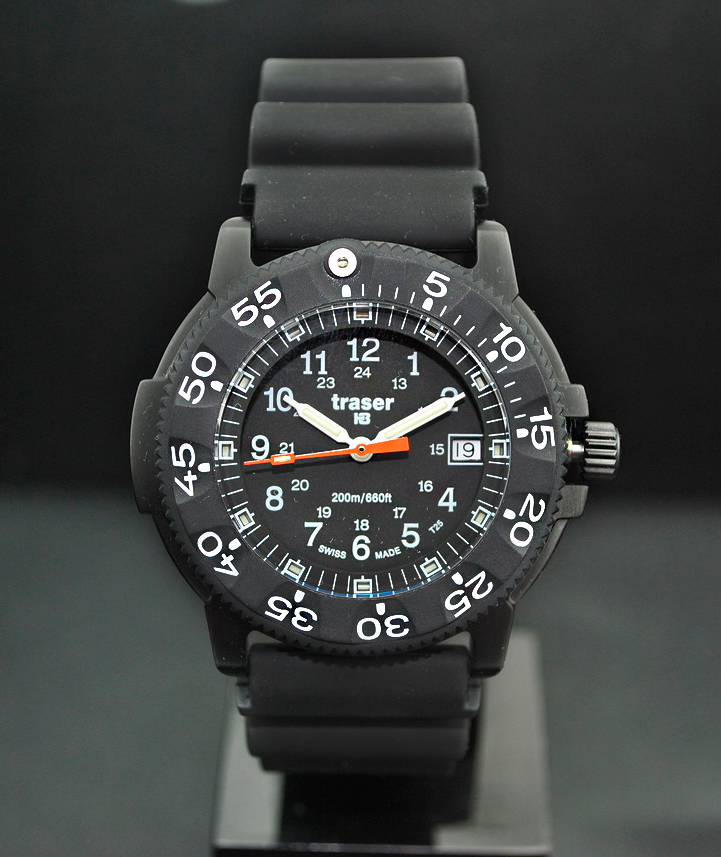 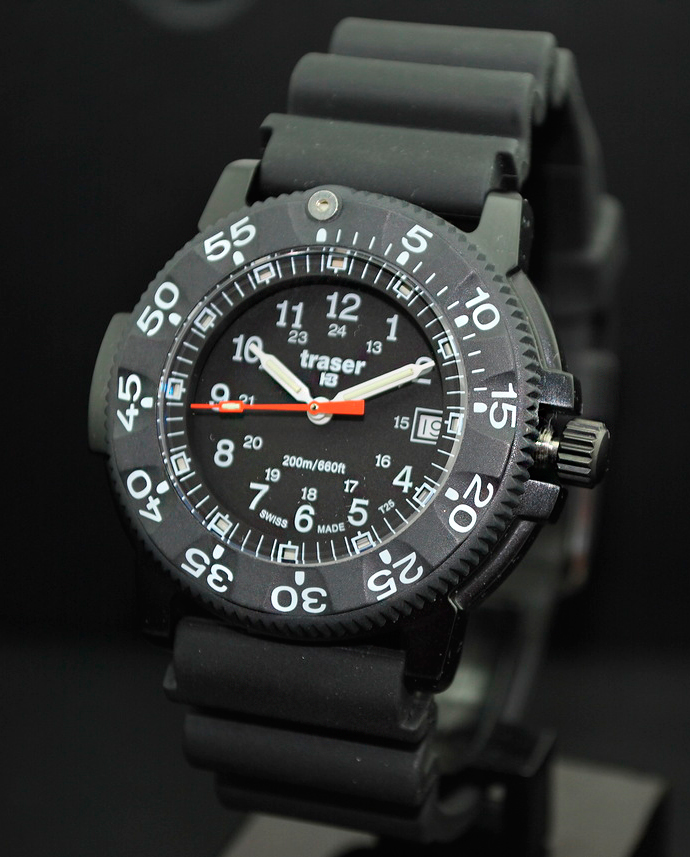 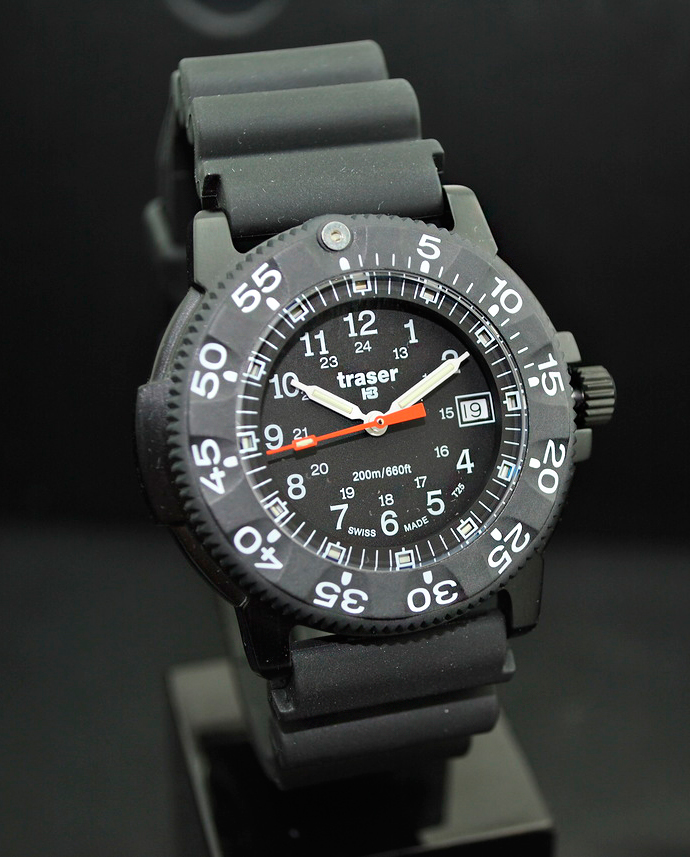 The watch case, as befits the watch of heroes, is made entirely of steel with PVD-coating. Case diameter - 43 mm. The carbon bezel rotates exclusively counterclockwise. The black dial is protected by a sapphire crystal. The Ronda 715 quartz movement ensures stable operation of the watch.

We advise you to read:  Femininity and sensuality of the new Seiko Presage series

The strap of the waterproof Traser watch is made of rubber, which is very convenient when diving. By the way, divers can dive to depths of up to 20 real meters, because the declared level of water protection is up to 200 meters. 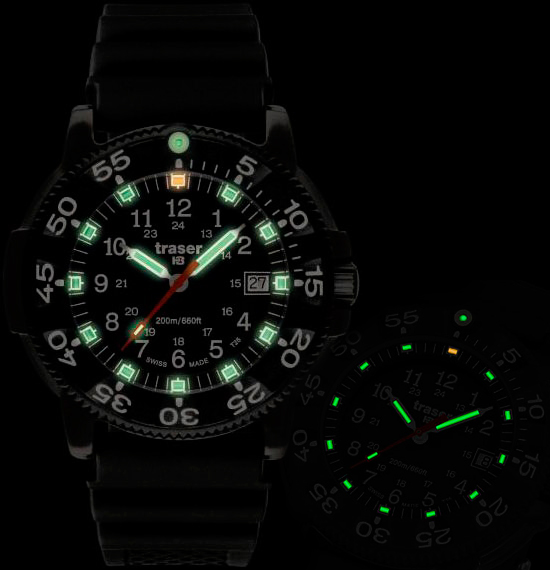 The dial of the Traser watch will be perfectly readable both in the dark depths of the waters and on land. All thanks to the use of the same Trigalight tritium backlight.

The technology consists in placing tritium gas inside small glass flasks, the inner walls of which are coated with reflective paint. This layer is bombarded with electrons emitted by the tritium, which causes the layer to glow (turning an electrical charge into light). No need to press any buttons, the dial itself will be brightly illuminated in the dark. That's what they are and the hero's watch - no extra gestures on the way to victory! 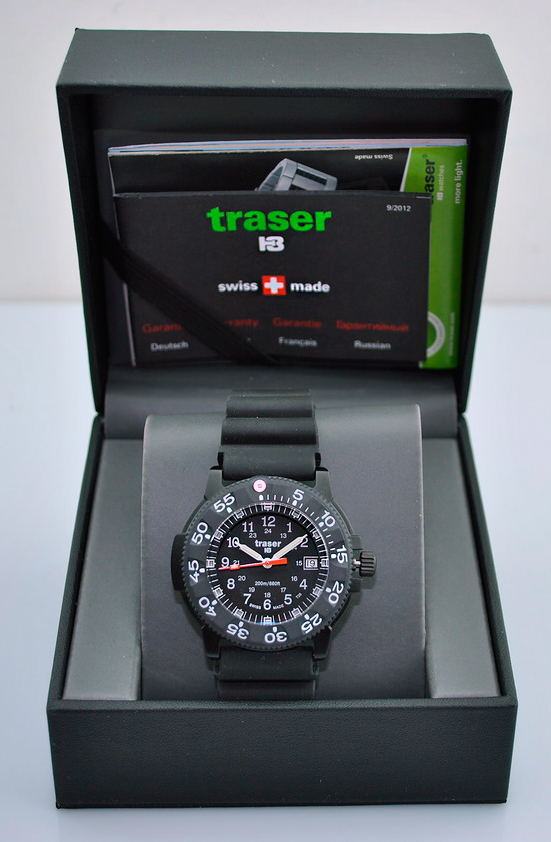 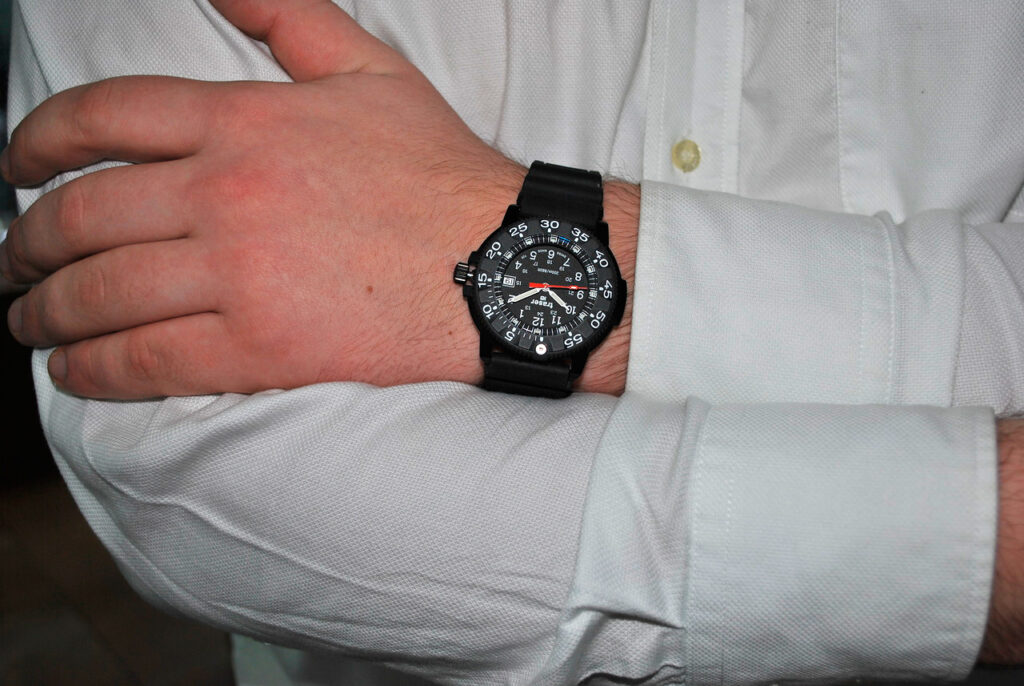 Wrist Watch 0 22 views
Citizen has unveiled a new line of watches based on the vintage Tsuno Chrono inspired by Star Wars. Collection

Wrist Watch 0 19 views
With the approach of summer, no matter where and how we will spend the long-awaited or