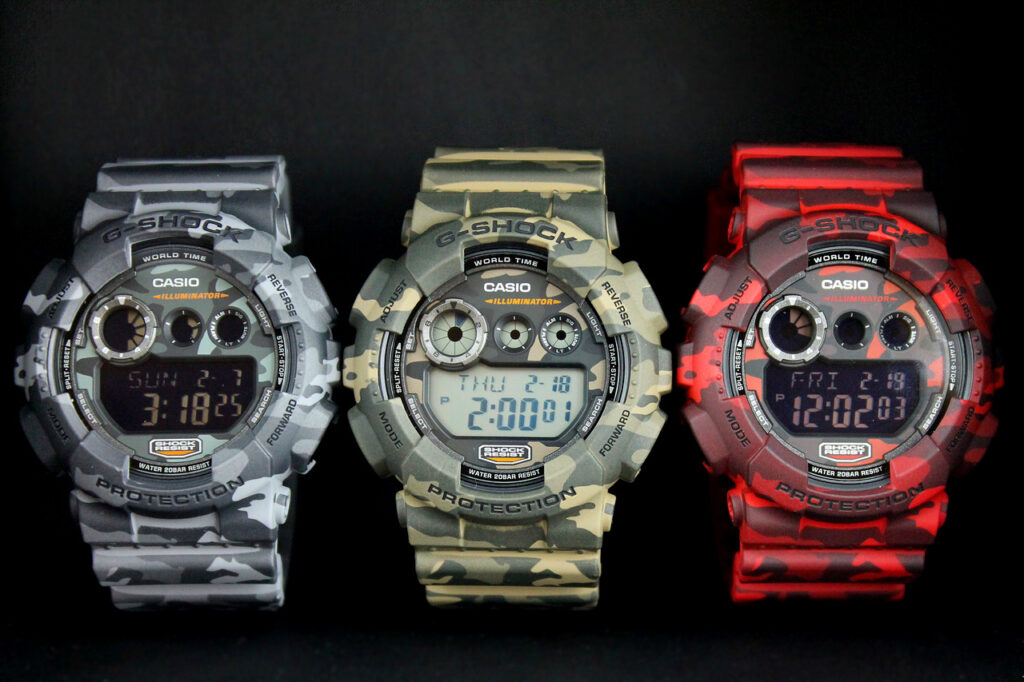 G-Shock again, you ask? Not “again”, but again! A new day has prepared for all of us one more proof that "G-Shock" is synonymous with the words "quality, reliability, durability."

G-Shock is one of the most popular lines of the Japanese brand Casio, a “daughter” if you will. Although, looking at this watch, you involuntarily think that this is not a “daughter” at all, but a “son”. Yes, even what! Brought up according to all the rules - strong in spirit and body, he will endure the tests of the outside world without losing his face, and will not be defeated. Yes, yes, you definitely need to buy a Japanese watch from the G-Shock GD-120CM series: in a shock-resistant case made entirely of a special polymer, in order to adequately go through all life's hardships. 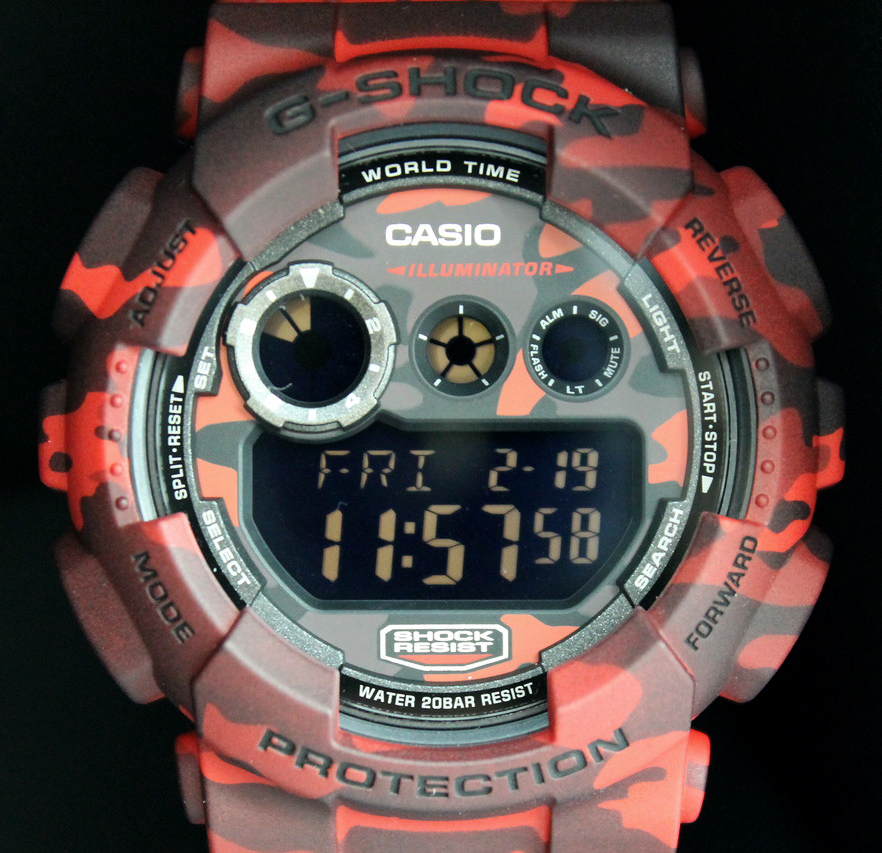 The dial of the G–Shock GD-120CM watch looks at the owner from under the tempered mineral glass. There were no shortcomings in the operation of the liquid crystal dial - all clock readings are read accurately. The bright illumination of the dial will work automatically, if the owner with a sharp movement of the brush “throws up” the watch to himself. 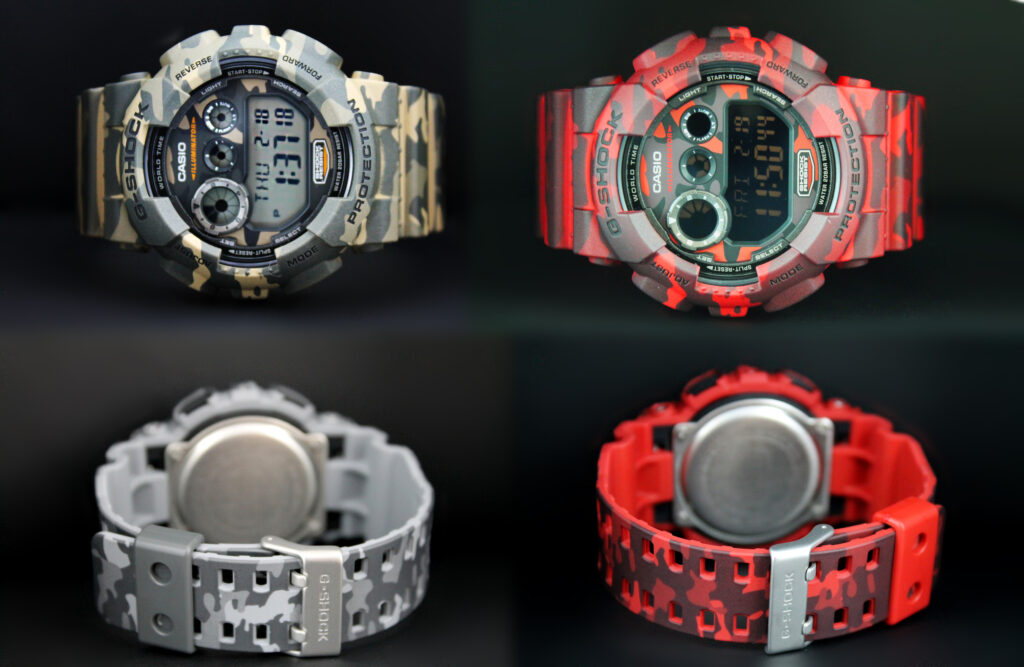 The watch has a built-in stopwatch with an accuracy of 1/100 second, as well as a countdown counter - from 1 minute to 24 hours, split chronograph, two time formats, world time. The model was not forgotten to be equipped with five (5) alarm clocks and an automatic calendar. 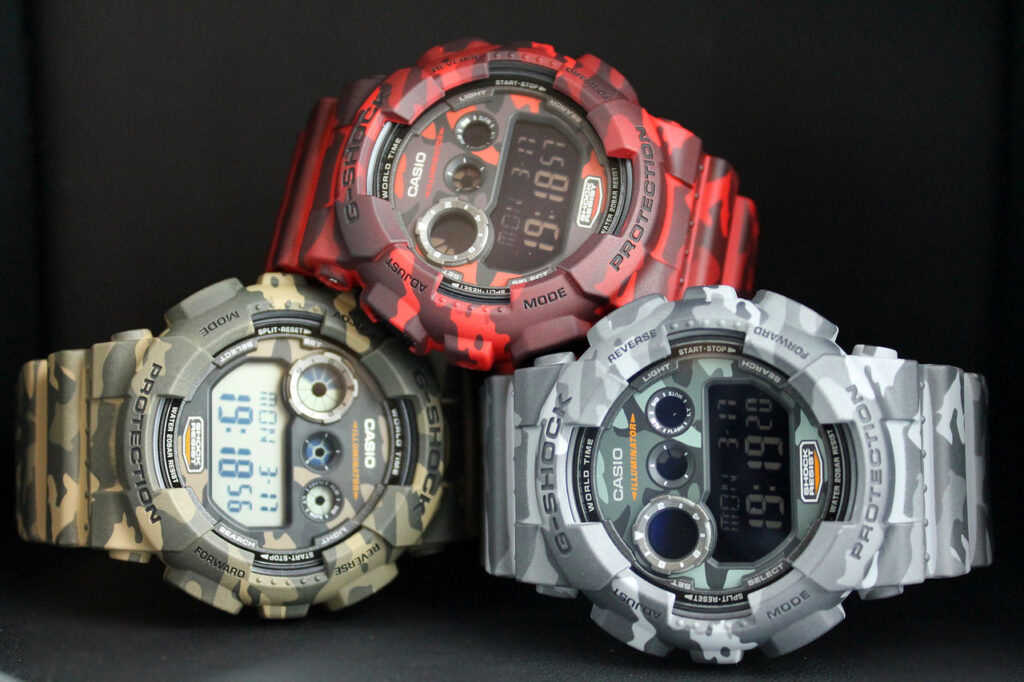 On the one hand, the appearance of the G-Shock GD-120CM is recognizable - these are classic "shocks" that cannot be called thin and elegant. Still, it is precisely due to such dimensions that it became possible to ensure the famous “indestructibility” of the men's Japanese G-Shock watches. Dimensions of this model: 57,5×53,9mm, thickness 20,4mm, weight 72 grams.

On the other hand, the recognizable appearance was fairly refreshed with a pleasant camouflage coloration, in its structure reminiscent of three well-known camouflage patterns at once - "tiger", "forest" and "woodland".

We advise you to read:  Gucci explores the world of watchmaking 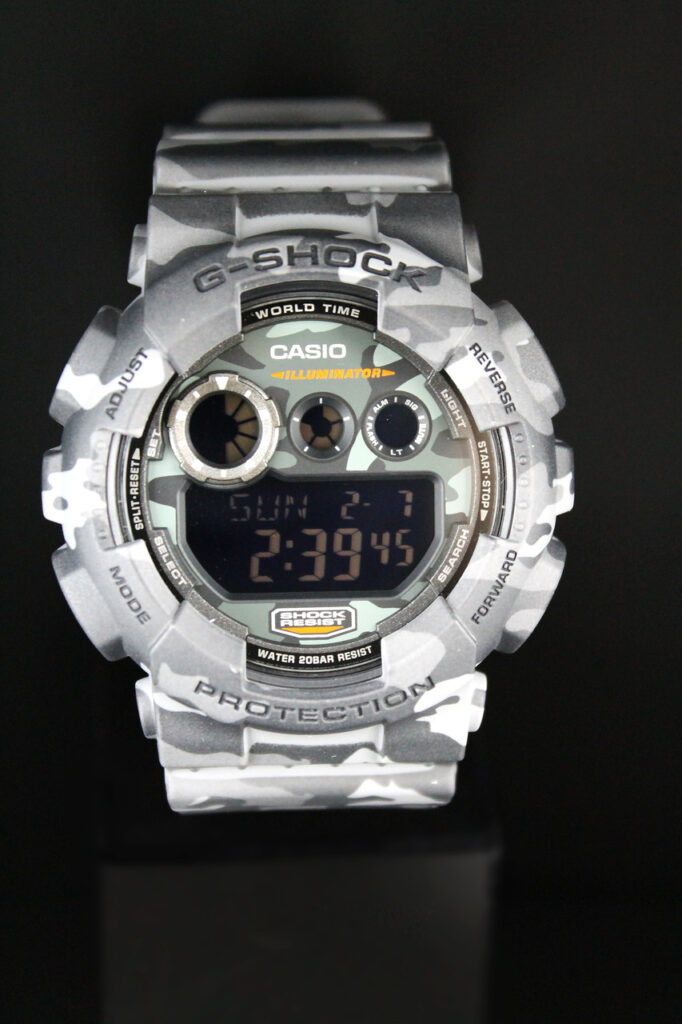 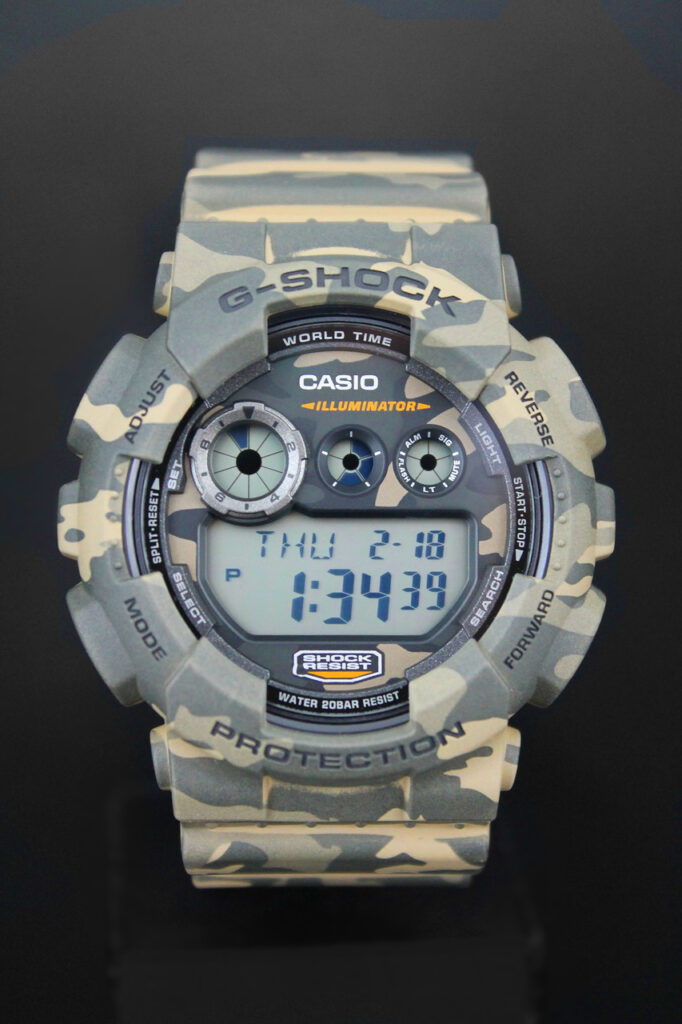 The fashion for camouflage is gaining momentum every year - these days you will see clothes with a camouflage pattern not only on the military. It remains only to assert that G-Shock released camouflage GD-120CM just in time - soon they can be seen not only at shooting ranges or paintball games, but also on the wrists of fashionable TV presenters, musicians, artists. Everyone loves camouflage, everyone loves it for their own reasons, but the fashion for it, like the fashion for G-Shock, will fascinate many. 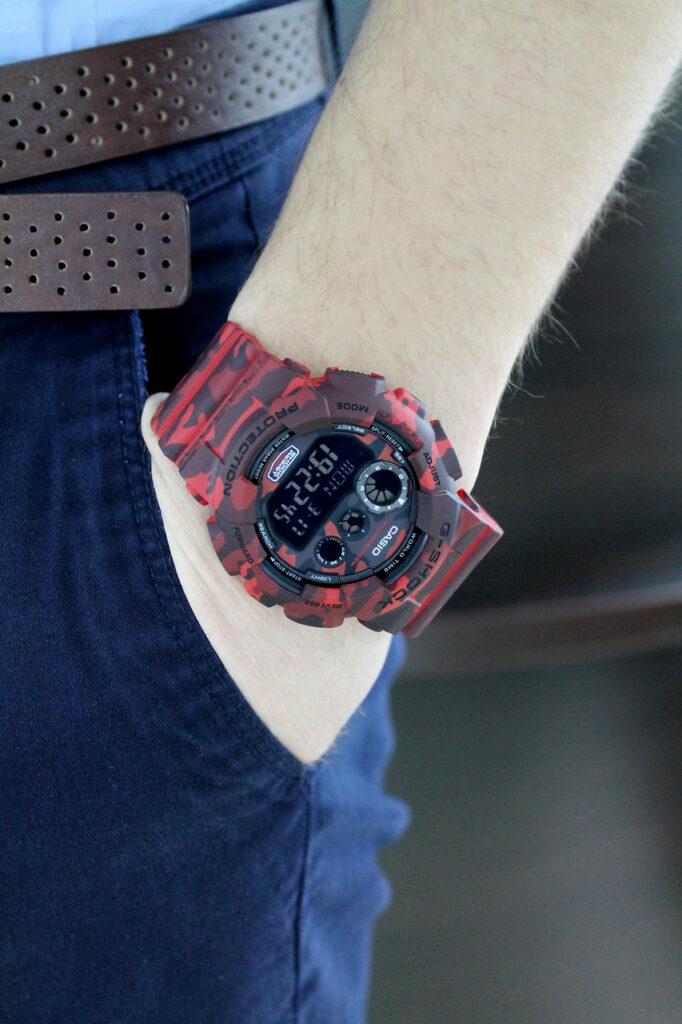 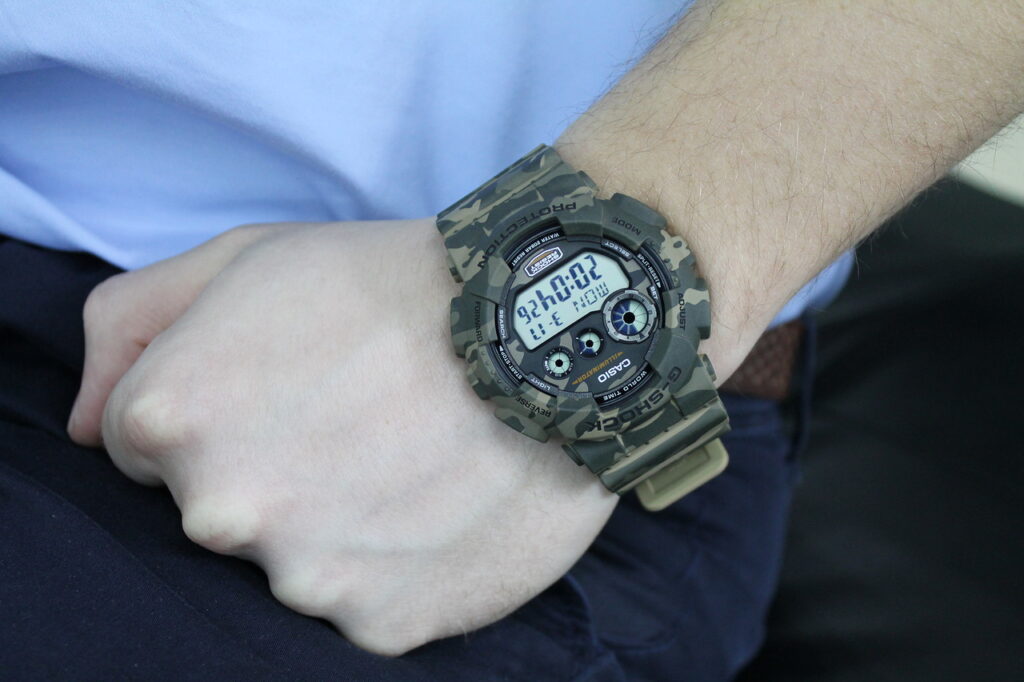 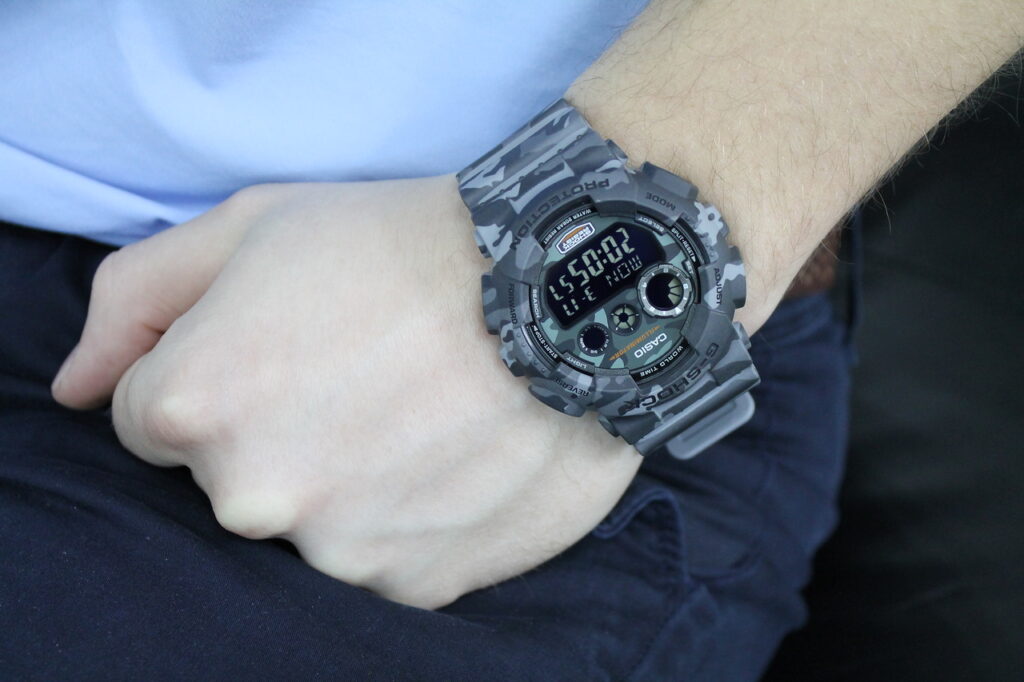 Wrist Watch 0 99 views
Delma has expanded the Cayman collection, which was first introduced in 2019, with new Cayman Bronze models with