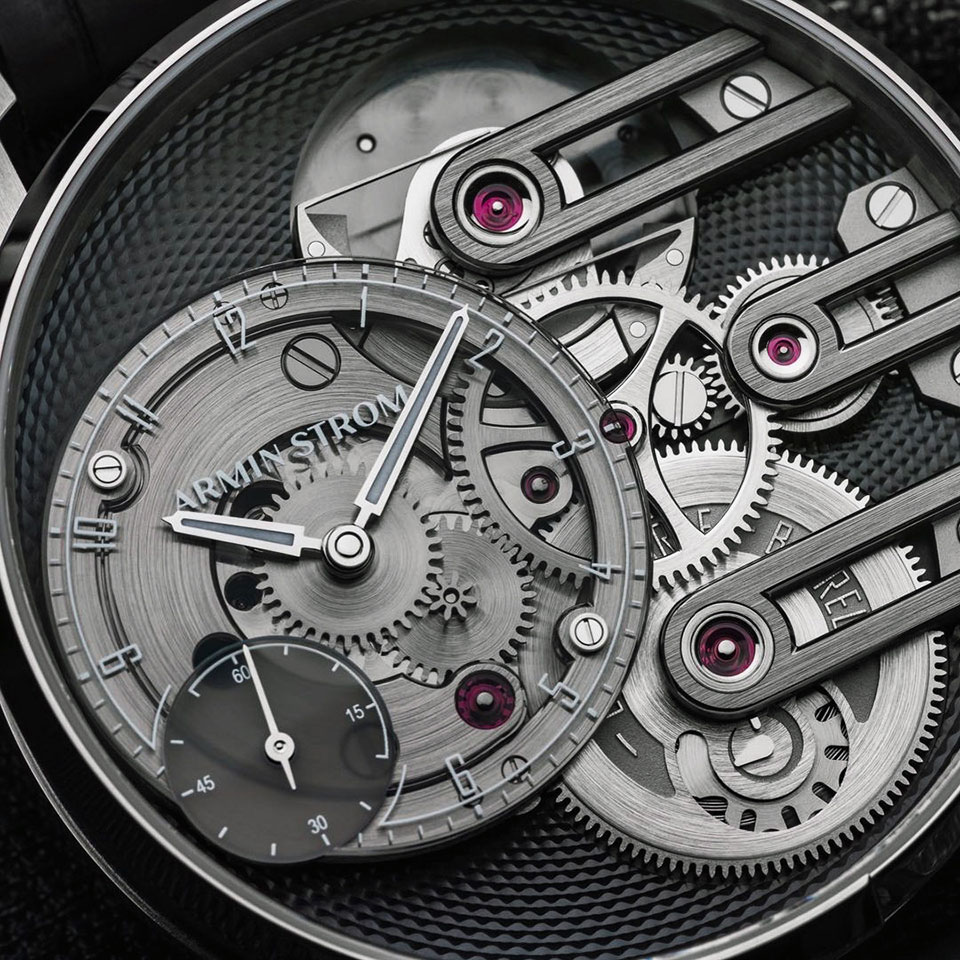 Buyer: Show me that watch ... How many stones are in it? Seller: Automatic movement on 25 stones, balance frequency ...

The dialogue, of course, is imaginary, and we will not fantasize further. It is clear that the buyer here is a person, in hours, to put it mildly, not very knowledgeable, but the seller ... We can not say anything about the seller. But instead, we will help you figure it out:

Stones - what are they for?

The clockwork is a very complex device with many parts, most of which are movable. The springs are compressed and unclenched, the wheels rotate, all sorts of levers move back and forth ... These parts mechanically interact with each other and with the fixed parts of the structure. So, the most important part of the mechanism, which sets the rhythm of its operation and, consequently, the accuracy of the movement, is the balance: a massive (by the standards of a miniature mechanism) rim that vibrates at a strictly defined (and sufficiently high) frequency.

These vibrations, then clockwise, then counterclockwise, and so continuously, occur, naturally, on an axis that rests on a stationary part (in watchmaking it is called platinum). Friction takes place in the support. To stabilize and minimize it, as well as to prevent premature wear of rubbing parts, bearings are used, as everyone knows.

These are the stones that are such bearings in the clockwork! Not only by them, the stones are installed in a number of places that are responsible in the sense of friction, but we will not delve into the specifics of watch micromechanics here - we have established the main thing.

Due to the diminutiveness of wristwatches, it is impossible to use the familiar ball or roller bearings in them. Even not only in wristwatches: craftsmen faced this problem even in the era of pocket watches. The mechanisms became small, the techniques of general mechanical engineering, suitable, for example, for tower clocks, ceased to work. And at the turn of the XNUMXth and XNUMXth centuries, the idea appeared - to use precious stones in this capacity, namely rubies. The great English watchmaker George Graham became a pioneer in this business.

We advise you to read:  Top 5 watches of the 80s that are still relevant

The friction of the metal against the ruby ​​turned out to be more than acceptable, besides, the ruby ​​is very hard (and therefore durable), but not too difficult to process, allowing it to be given the desired shape - prisms, hemispheres, with depressions and holes, etc. Moreover, ruby ​​has excellent wettability - this is also important, because lubrication is still necessary, and with good wettability, the oil is evenly distributed over the surface.

Finally, the stone does not corrode, which is essential both for itself and for the lubricant. All these qualities were inherited by synthetic stones, the time of which came in the twentieth century, and which radically reduced the cost of production of watch movements. In terms of its physical and chemical characteristics, an artificial ruby ​​is no different from a natural one. This is the same corundum, it is also crystalline aluminum oxide (Al2O3), with the addition of microscopic proportions of chromium, which gives the stone a red color. Note: in English, these stones are quite rightly called precious - jewels.

In science, dialectics - yes, it does. In nature, as a rule, too. But in technology and art - not always! And in watch mechanics, it is the art of watchmaking, this law is by no means constant. In the concept of a clock mechanism, which has been established for about three centuries, only 17 stones are needed. Let's refrain from detailing - what kind of stones and in what places - but simply note: only 17. Sometimes manufacturers save money by replacing one or two stones with a brass support, but in high-quality modern watches the number of stones often exceeds the classic 17. It is also increased by cars. winding, and various additional functions - calendar, stopwatch, acoustic, astronomical, etc.

The world's leading manufacturer of watch movements is the Swiss company ETA, a member of the Swatch group. The very famous caliber ETA Unitas 6497/6498 with manual winding, three central hands (hour, minute, second) and a date window works on just 17 jewels. And ETA 2824-2, with the same functions, but self-winding, has 25 jewels. Many watch brands, including elite ones, buy these movements, perform additional finishing, mark the product with their own logos, but in fact the “heart” of the watch remains the same.

Other companies, especially those outside the Swatch Group, purchase a completely similar mechanism from Sellita, for example, the SW 200-1. To make this clone in any way different from ETA 2824-2, Sellita supplements it with one more (optional) stone, bringing their number to 26.

But in the equally popular automatic movement ETA 2892-A2, representing the next generation of calibers, there are fewer stones - 21, with the same functions. The same number (25) of them are in another movement, basic for the entire watch industry, the ETA Valjoux 7750, although it is functionally more complex, because it also represents the capabilities of a chronograph for measuring individual periods of time. So there is no direct connection between the number of stones and the technical perfection of the mechanism.

However, as we have already said, there is a general pattern: the more functions a watch has, the more structurally their mechanism is, and the more stones it contains. For example, in the movement of the Patek Philippe Grandmaster Chime, with a perpetual calendar, a second time zone, moon phases, an alarm clock, a minute repeater, a power reserve indicator and other functions - there are 20 in total, including 5 acoustic ones, - 1366 parts, including 108 gems !

And the record-breaking Patek Philippe Caliber 89 pocket watch with 33 functions operates on 126 stones, out of the total number of movement parts - 1728. The same pattern, in general, obeys the use of certain non-standard technical or conceptual solutions.

Thus, the A. Lange & Sohne Zeitwerk Minute Repeater watch mechanism (Germany) is assembled on 93 stones, which is not surprising: the indication of hours and minutes here is digital (in the windows, "jumping"), there is a minute repeater, and even an invisible device of constant effort ensuring stability of the stroke regardless of the tension of the mainspring. 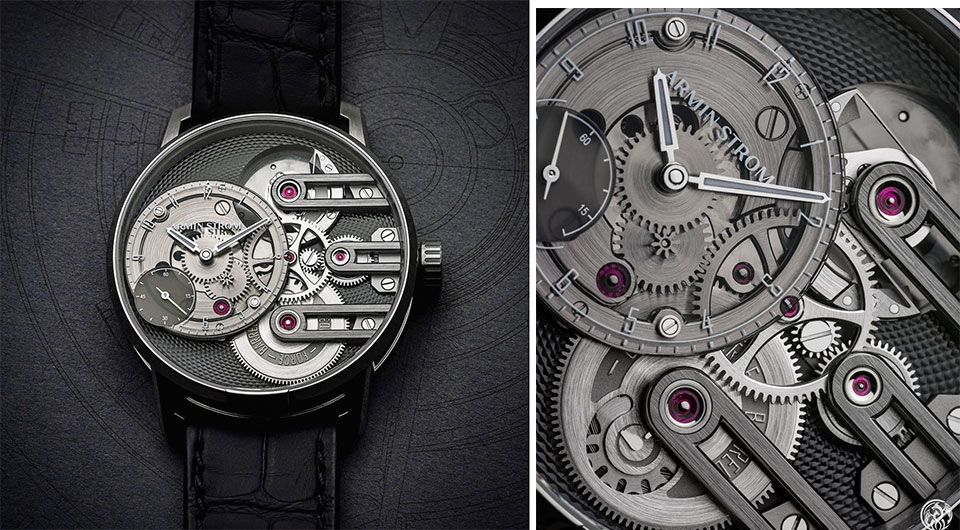 And nevertheless, our fictional buyer, who complained at the beginning of the review about a small number of stones (only 25, a friend had more - 31) was wrong at the very basis of his judgment. Moreover, the deliberate increase in the number of stones for purely marketing purposes should be called even malicious! There are known curiosities of this kind: in an effort to lure an inexperienced client, the company drills unnecessary holes - no less than 83 - in the self-winding rotor and installs a stone in each, which is also completely unnecessary.

Rather, it is needed only by this manufacturer, who, having increased the number of stones to 100 (of which 17 actually work), increases the price of the product disproportionately to the costs. By the way, in this anecdotal case, the company by mistake drilled not 83, but 84 holes - they miscalculated, but only 83 stones were put there: they thought that 101 would be too much ...

Of course, above we only talked about mechanics. And what about the stones of quartz watches? Let's say right away: there are much fewer of them, but at least one is still there. This is a support for the rotor shaft of a stepper motor that transmits high-frequency vibrations of a quartz crystal to a wheel drive. So, if you see the markings "1 jewel" or even "No jewels" (often with composites), this does not mean that the watch is bad. They are just different.