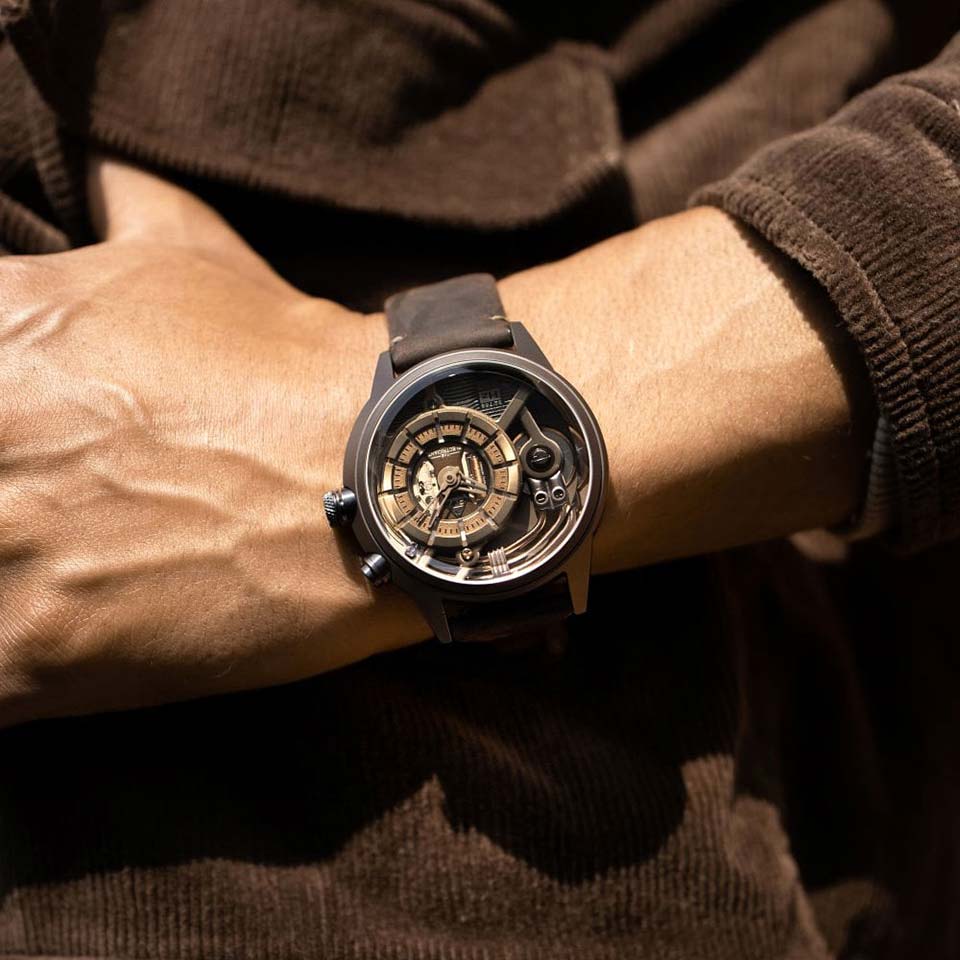 The Electricianz watch company is very young: the year of foundation is only 2021. On the one hand, she is the flesh of the flesh of classical Swiss traditions. But on the other hand, a group of daring enthusiasts set themselves an ambitious goal: to say a new word in such an established business as watchmaking.
The head of this group (his name is Laurent) calls himself the captain of the team, which includes engineers, designers and (by his own ironic definition) adventurers. Back in 2017, Laurent formulated his watchmaking philosophy. Here are her basics:

“The world is governed by repetitive algorithms that determine everything, even the fate of mankind. And this is a dead end, stagnation. We organize resistance! Moreover, it will come from the very heart of the old conservative world - from Switzerland. We will create watches that reflect the phenomenon of electricity as the main symbol of the coming new world, with all its transcendences and singularities!”

Actually, the very name of the company is translated as "Electricians". And their workshop is called the "Secret Laboratory".

It must be admitted that the idea that started with Kickstarter is a success. The thing is moving! True, for now we can say that The Electricianz watch models display quite traditional time (hours, minutes, seconds) with the help of equally traditional hands. And these hands are set in motion, too, in general, by traditional quartz movements. Another thing is that electronic modules are developed and manufactured by the company on its own. And most importantly, a really unusual design move: we have skeletons in front of us, but if mechanics (wheels, levers, screws, etc.) are visible in the usual skeletons, then in The Electricianz watches, the characteristic elements of electrics are open to the eye - multi-colored wires, terminals, coils , even shields with the designation of voltage.

We advise you to read:  Why do I need a lunar calendar in hours

Next, we will show five models of watches The Electricianz (or, for short, ELZ). In order not to repeat each time, we highlight the general. Cases of all five are made of steel, diameter 45 mm, water resistance 30 m. Everywhere there is a button (2 o'clock position) to activate the LED illumination of the dial. All have a back case decorated with ironic warnings about the dangers of high voltage (in fact, of course, the watch is absolutely safe). All have tempered mineral glass K1 (high strength). 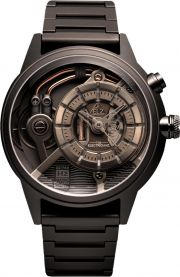 The steel case and bracelet feature a monochromatic brown finish with PVD coating. The dial itself has a bronze tint. There is also information about the frequency (32768 hertz - the standard for quartz), the type of battery (lithium) and its capacity. Solid thing! 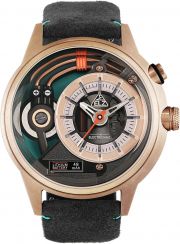 Here, the character, on the contrary, is bright, even festive - thanks, of course, to the color scheme (pink PVD coating, red, green, black electric elements). And it's true: in a good casino the atmosphere is always festive - but also electrified ... In addition - again, stylized characteristics of the power source. For the wrist - a leather strap. 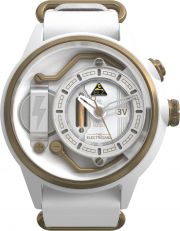 A tribute to romance: the impeccable snow-white case, dial and leather strap, favorably complemented by golden accents. Nowhere is it said about the frequency (and let it be), but there are formidable images of lightning like "Don't get in - it will kill you!". Jokes, of course. 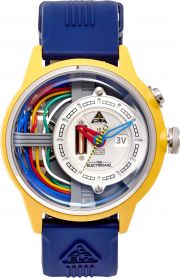 Stylization: like a watch for a master electrician. A yellow case, a blue rubber strap, and most importantly, multi-colored wires that are very familiar to the eye. Well, familiar to those who have had a chance to look at least into the electrical panel in their own apartment. It looks ordinary there, but in the watch it is unexpected and very impressive.

We advise you to read:  Fashionable, designer and revolutionary: watches that shape the future 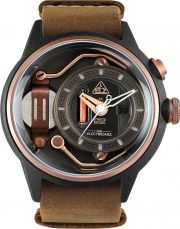 And here dominates futurism in all its glory. Brown tones, including the leather of the strap, stylish terminals and clips, an underlined “pill” power supply, and at the same time - an undoubted aspiration to the techno future.

Wrist Watch 0 65 views
Citizen has unveiled a new line of watches based on the vintage Tsuno Chrono inspired by Star Wars. Collection

Wrist Watch 0 53 views
With the approach of summer, no matter where and how we will spend the long-awaited or