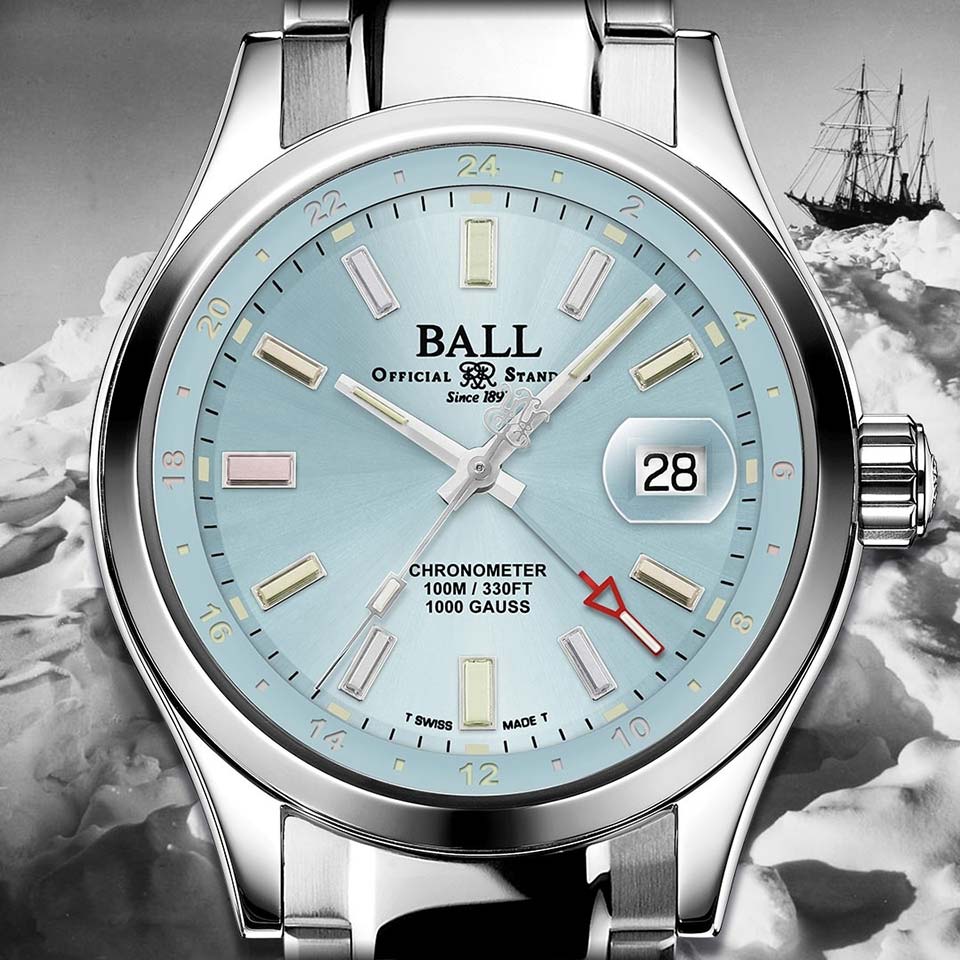 The new series of watches from the famous Swiss manufacturer pays homage to the Anglo-Irish Antarctic explorer and figure of the heroic age of Antarctic exploration, Sir Ernest Shackleton. In 1914, he organized the Imperial Transantarctic Expedition, which ended in disaster - the expedition ship "Endurance”was caught in the ice in the Weddell Sea and sank, but Shackleton managed to save the entire crew without allowing a single person to die.

As his leadership, courage and optimism continue to captivate researchers around the world, BALL Watch Company is proud to present the second series of four timepieces inspired by the legacy of Ernest Shackleton.

The 1917mm Engineer III Endurance 41 GMT is powered by the in-house GMT caliber RRM7337-C and housed in a 904L stainless steel case.

Limited edition - 1000 pieces of each model.

We advise you to read:  Titoni Seascoper 83600-S-BE-255 review: functional, versatile and reliable watch
Wrist Watch Source
You may also be interested.

Wrist Watch 0 10 views
Citizen has unveiled a new line of watches based on the vintage Tsuno Chrono inspired by Star Wars. Collection

Wrist Watch 0 10 views
With the approach of summer, no matter where and how we will spend the long-awaited or