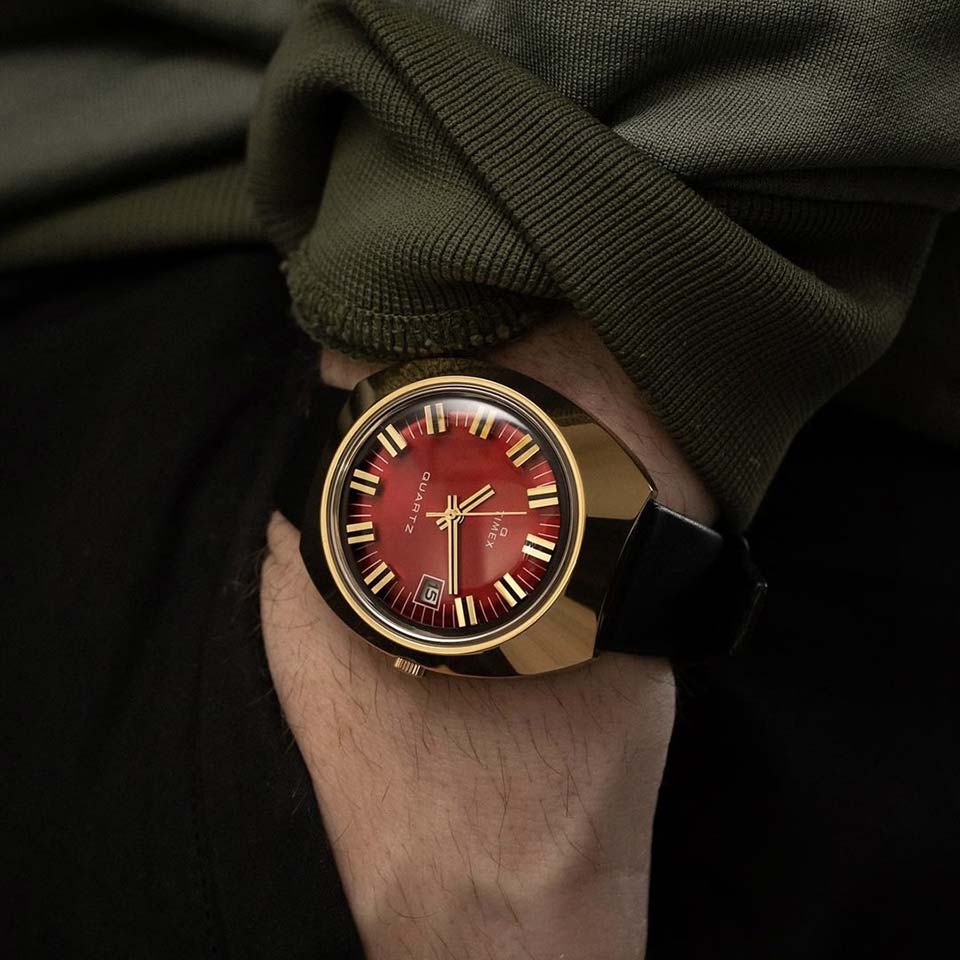 Timex is celebrating the 50th anniversary of its first quartz watch with the limited Q Timex 1972 Reissue, which is a modern take on the original Q series with minor tweaks. In particular, improvements in construction and design are notable, with a barrel-shaped stainless steel body and a clearer display of markers. A rather bold decision by the company not to put the hour markers directly on the dial deserves special mention, but to raise them a few millimeters above it, visually creating an effect of depth.

We advise you to read:  Ladies watch Perrelet Diamond Flower
Wrist Watch Source
You may also be interested.

Wrist Watch 0 22 views
Citizen has unveiled a new line of watches based on the vintage Tsuno Chrono inspired by Star Wars. Collection

Wrist Watch 0 19 views
With the approach of summer, no matter where and how we will spend the long-awaited or