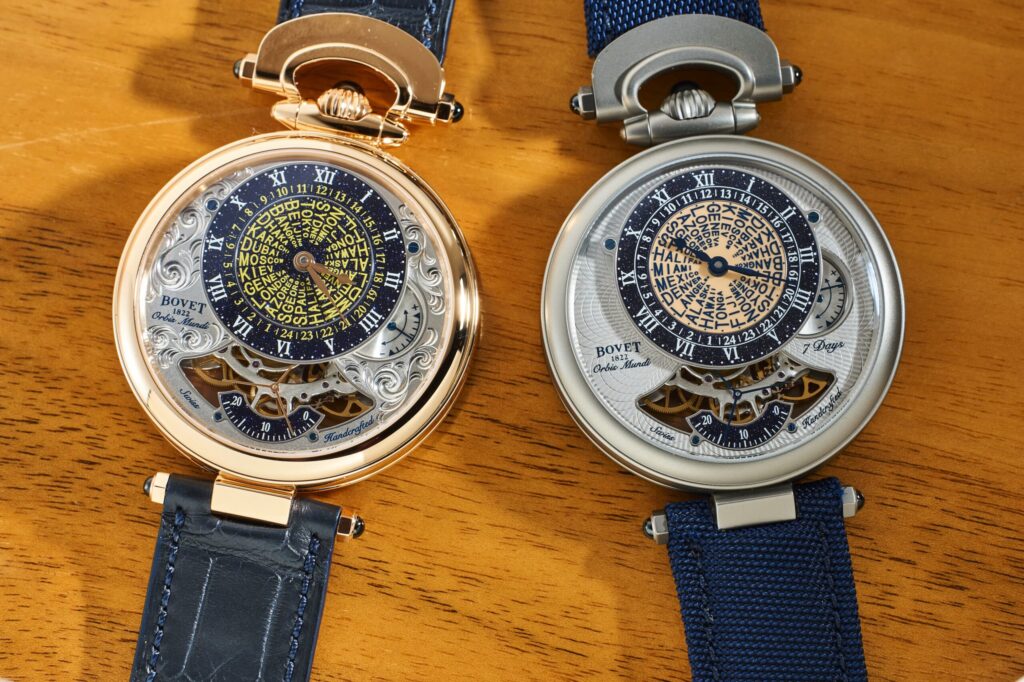 On May 1, 2022, the Bovet watch brand turned 200 years old. Exactly 200 years have passed since the Swiss watchmaker Édouard Bove founded the watch company of the same name in London with the intention of promoting and selling pocket watches in China. According to legend, the enterprising Swiss achieved his goal. Having reached the Middle Kingdom, without any connections in the country, he immediately sold 4 complex models, each at a price equivalent to today's $ 1 million. A brilliant start, isn't it?

To celebrate its 200th anniversary, Bovet recently announced a new watch as part of the Orbis Mundi line. The model with time display in 24 time zones will be released in two limited editions - in titanium and 18-carat red gold cases.

Orbis Mundi is far from a new name in the Bovet lineup. The company has been using it since the late 2000s in a series of wristwatches with two time zones. The brand's team was inspired by the Récital 26 Brainstorm Chapter Two watch to create this model. The model, presented in 2020, was awarded the Grand Prix of Geneva Horlogerie in the category "Exceptional mechanics".

One of the unusual details in the design of the watch was a spherical world time indicator with a through arrow that highlighted the “home” time zone. After about two years of development, this idea has been given a fresh spin in the Orbis Mundi with the new in-house caliber 15BM01HU.

Both local and domestic time are read on an aventurine glass disk, which is slightly offset to the top of the dial. Local time is read on a scale with Roman numerals on the periphery of the disk. Home - on a scale with Arabic numerals closer to the center of the disc. In the sector where the 3-hour mark is traditionally located, there is a power reserve indicator. At the bottom of the dial, you can see how the second wheel controls the triple pointer seconds hand that flies over a 20-second aventurine scale.

We advise you to read:  Women's watches Fendi Selleria

All functions in the watch are controlled by a sapphire cabochon crown, which, in keeping with Bovet's aesthetic, is encased in a gold shackle at 12 o'clock. By turning the crown clockwise, the watch can be set to the local time. By doing the same in the opposite direction, you can adjust the world time display. No additional buttons-correctors are required.

As you can see in the photo, the versions of the model differ not only in the case material. In the titanium version, the city sector is accentuated in a salmon hue, with a hand-crafted guilloche pattern of lotus flowers as the background on the dial.

In the pink gold version, the aventurine disc is fully finished in blue with shimmering sparkles. In combination with the inscriptions in yellow, it resembles the intro to the Star Wars films. The engraving on the metal part of the dial is more ornate.

Case dimensions - 42 x 11,25 mm. A bit unusual for Bovet, which traditionally draws its inspiration from mid-15th century pocket watches with their massive cases. Inside is the hand-wound caliber 01BM7HU, a new addition to the Bovet in-house movement family. The movement has a 3-day power reserve, which is supplied by only one barrel and works with a balance frequency of 246 Hz. The design of the caliber is assembled from XNUMX parts.