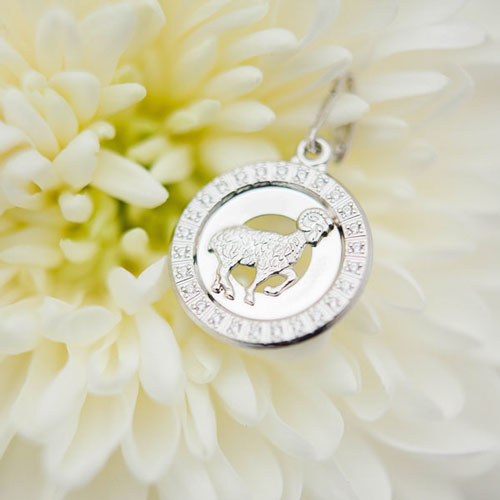 Precious and semi-precious symbols for those born in early spring - choose jewelry for Aries. 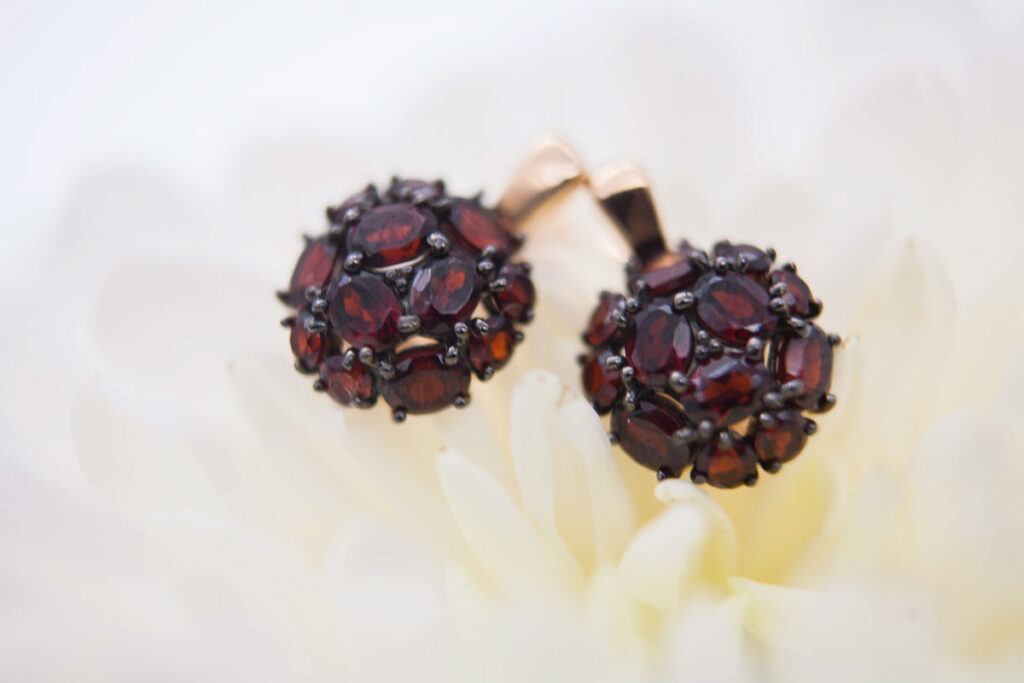 The end of March and the beginning of April is the time of the zodiac Aries. Those born under it love to discover new things: they are purposeful and enterprising charismatics. Their stones reflect the element of Fire, to which the sign belongs.

It is believed that Aries are passionate and violent natures that require control and even restraint from the outside. This is somewhat different from the perception of the Aries, or lamb, in Christianity, where he personifies the innocent victim. The zodiacal Aries is quite able to stand up for himself and not be offended.

Therefore, the stones that are considered to be the mascots of this sign are impressive: they are united by a sign of a bright color, and not just warm, but fiery hot: these are rubies, red pyrope garnets, scarlet and crimson jasper, red zircon, agate of a brick or reddish hue - cornelian and carnelian. 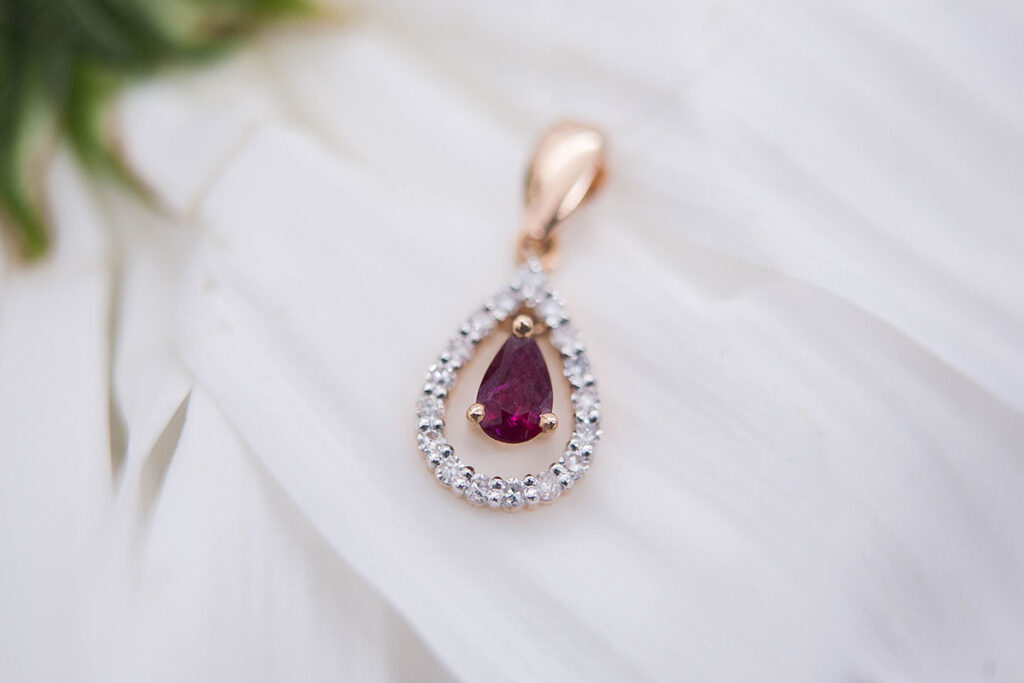 The most expensive stone of the listed - ruby, especially a variety of bright "pigeon blood" hue. The best rubies have been mined in Burma, but these deposits have already been mostly selected. Sri Lankan stones from Mozambique are also valued. It is believed that the ruby ​​is responsible for wisdom and restrains the reckless impulses of Aries. In ancient times, it was also a fertility stone.

Garnet-pyrope, according to astrologers, helps Aries achieve success in love, since it is a “stone of passion”. It is often found in kimberlite pipes - geologically it is a companion of diamond. Jewelry with garnets is a traditional souvenir from the Czech Republic, where they have been mined for several centuries. Also, these stones are found in Russian Yakutia - in the same place where diamond deposits are located. 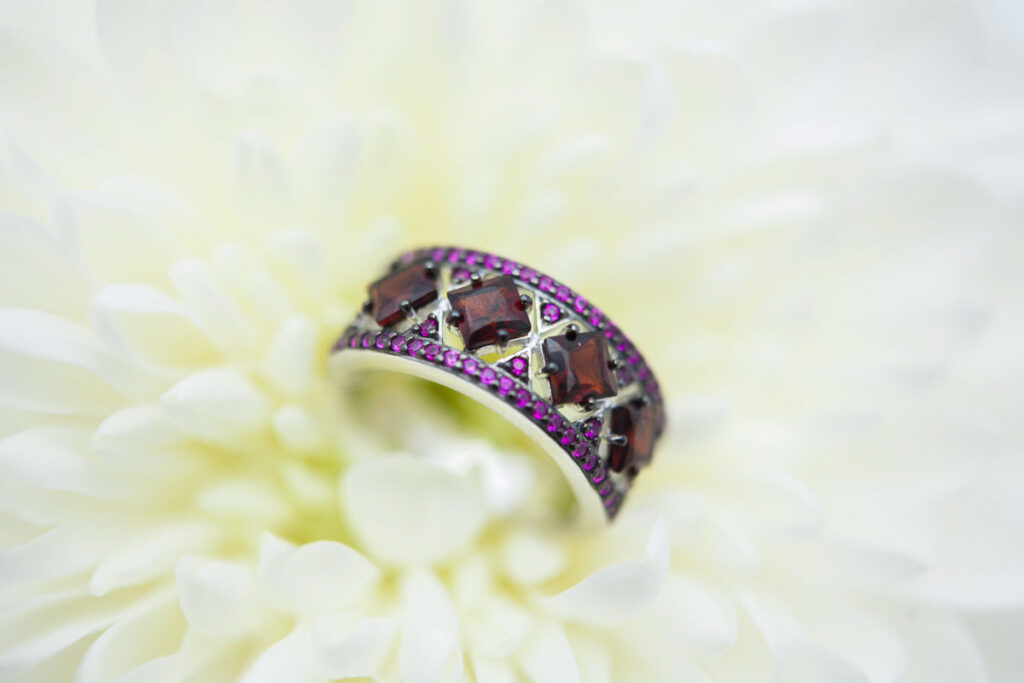 Zircon, namely its red variety - hyacinth - Astrologers consider it a talisman that adds endurance and clarity of mind to the owner-Aries. It is a natural stone of high hardness. It is sometimes confused with cubic zirconia, which should not be done: unlike zirconium, zircon stone - natural.

We advise you to read:  Aries stones: which are suitable for men and women of this zodiac sign

Jasper - not so much a jewelry as an ornamental stone: it is not a mineral, but a soft, easily cut rock based on quartz and chalcedony with impurities of other minerals. Due to impurities, jasper acquires, among others, a red or red brick hue. Jasper is used to cut blanks for brooches and pendants, figurines and other items.

Red agate, like all agates, is a variety of chalcedony, a soft stone often used for decorative glyptic carvings. A stone of a reddish-orange, somewhat blurred shade of salmon caviar is called carnelian, a rich red, "meaty" color - carnelian, or carnelian. One of the versions of the origin of the name is from the Latin carne, that is, "meat"; another version is from cornus, which means dogwood, the berries of which are also deep red.

What are they dressed in? 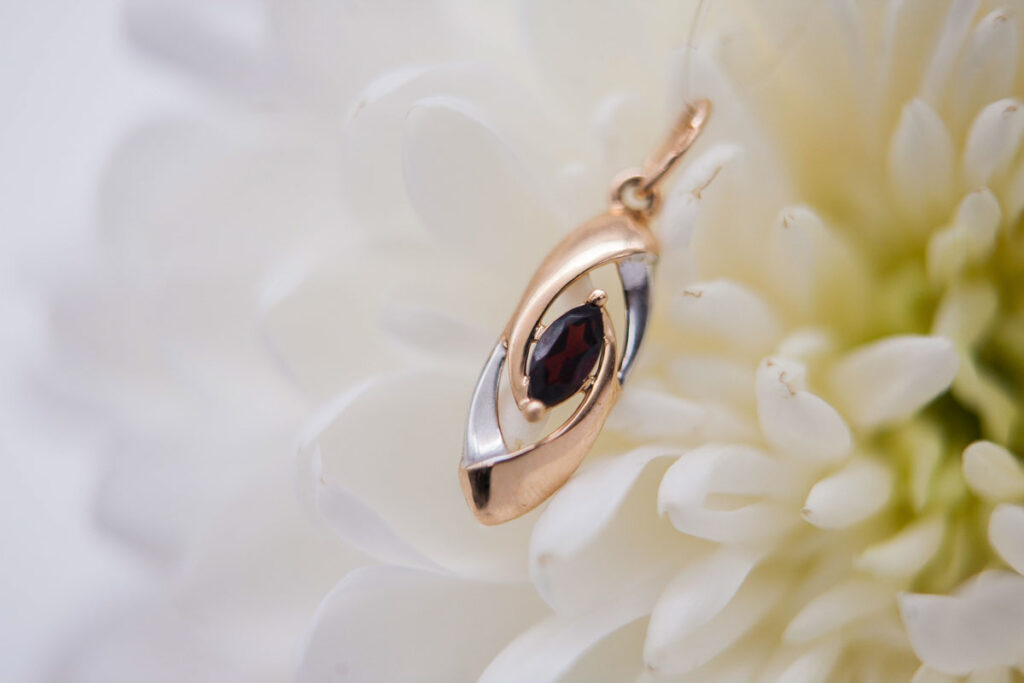 Precious rubies are set in rose and yellow gold. It is believed that the metal of warm shades better emphasizes the brightness of the ruby. With the increasing popularity of white gold and platinum, such combinations are not uncommon, especially since rubies are often combined in jewelry with diamonds, which are also considered the stone of Aries.

Inexpensive jasper, carnelian and carnelian are usually set in silver - primarily because of its relative cheapness. These stones look especially advantageous in the form of plates or flat cabochons set in blackened silver. Very beautiful agate gems from the so-called "ribbon" jasper, consisting of several tones differing in color, and plates of carnelian and carnelian with contrasting veins.

Pyropes are set in both silver and gold. In the Czech Republic, it is customary to set them in silver: the local variety of red garnet is rather dark, with a glassy sheen, and silver sets off the features of the stone favorably. 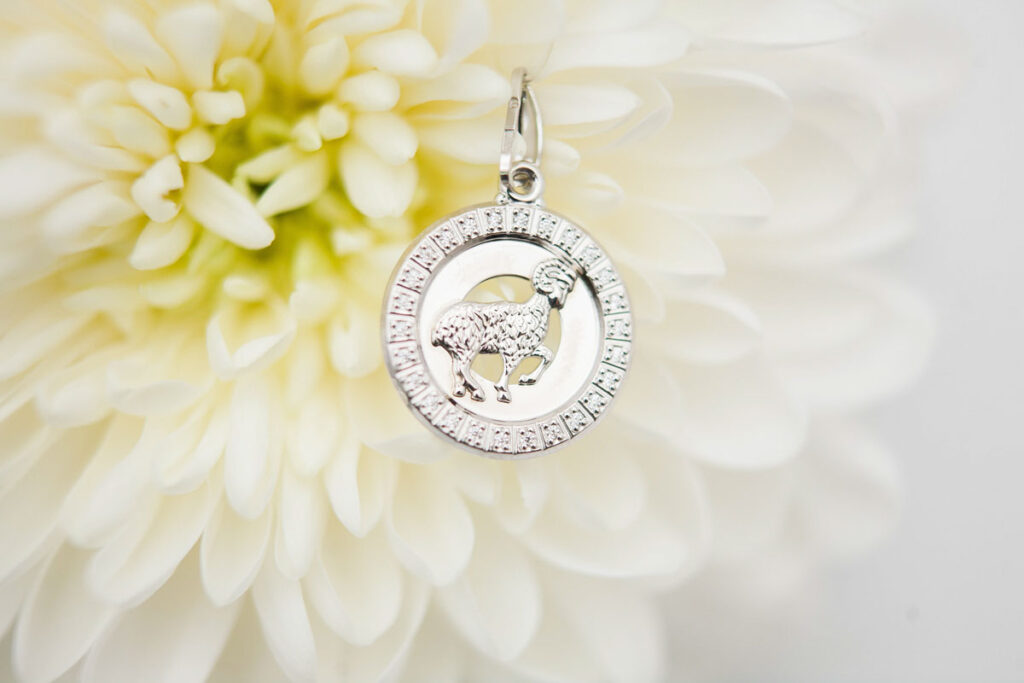 Aries is a frequent motif in jewelry. This is due to Christian symbolism: this is not about the image of the zodiac Aries, but rather about the biblical lamb. The most famous version of this theme is the Spanish-Austrian Order of the Golden Fleece.

We advise you to read:  Gemini stones: which are suitable for men and women of this zodiac sign

This dynastic insignia was established back in the 15th century by the Duke of Burgundy, Philip III the Good; from him the tradition of awarding the Golden Fleece passed to the Spanish and Austrian branches of the Habsburgs. The order is a golden image of a hanging skin of a lamb or lamb, which symbolizes the golden fleece, known from ancient mythology, found by the Argonauts in Colchis.

The image of lambs and lambs on pendants made of silver or gold, symbolizing the zodiac sign Aries, looks less formal. They can be naturalistic or stylized to the point of sketchiness. Alternatively, the zodiacal signs of Aries are in the form of a symbol resembling the letter V with dashes curved at the top, like ram's horns.

bijouterie zodiac Jewelry Source
You may also be interested.

Zodiac 0 3 views
To understand which stones are suitable for Cancers, you must first determine the personality traits of these representatives, their

Zodiac 0 3 views
Natural gems attract not only with their beauty. For a long time, people believe that stones are able to convey

Zodiac 0 4 views
Pisces is a rather controversial sign of the zodiac. It is no coincidence that one of its symbols is two

Zodiac 0 6 views
Today we will talk about the Virgo zodiac sign. By nature, Virgo is

Zodiac 0 4 views
The miraculous power of natural minerals has been known to mankind for a long time. It is believed that a simple pebble inserted

Zodiac 0 5 views
From time immemorial, people believed in the healing and magical properties of natural minerals. Someone still