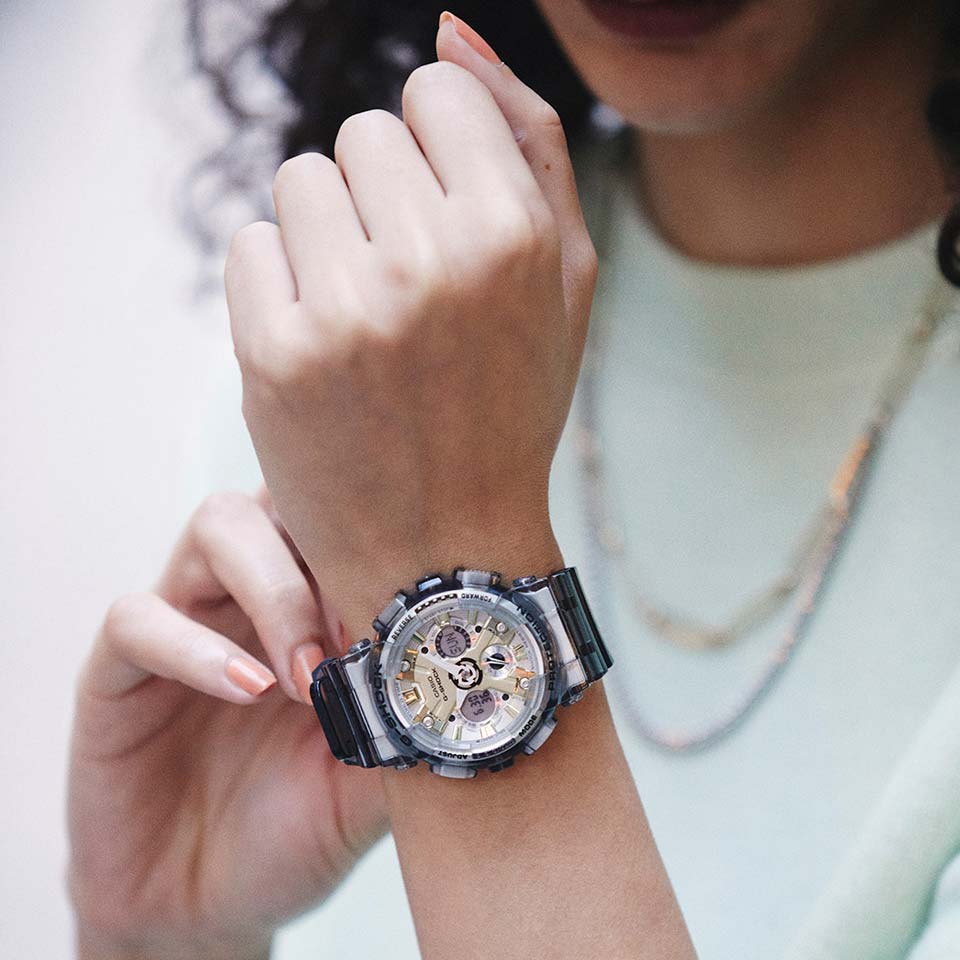 Imagine that you live in the early 19th century and are planning to travel from Beijing to New York or Cape Town. This road will take you many months. You will change horses, stay in dozens of hotels, board ships, ride in a carriage again and completely not notice how time zones change, because travel time is extremely slow. The world seems very big and it is difficult to even estimate how long the journey will last. You only have a sundial and geographic longitude at your disposal, which help you understand what time it is now in the place where you are. No time zones or zones.

Until the middle of the 19th century, people did not think about the fact that time in different countries and cities of the world works according to different rules. But when the British railways began to develop rapidly, employees began to think about how to schedule trains. You can get from one end of the country to the other during the day, but the cities live at different times. The management of the railway networks decided to standardize time zones in the UK so that the inhabitants of the country understand when trains leave and arrive.

So in 1847, the railway clearing house began to distribute Greenwich time in the UK. Then the countries of North America adopted the same system for counting time zones. And in 1884, at the World Conference, it was decided to use Greenwich Mean Time throughout the planet. The earth was divided into 24 zones, within which the time was the same, and the difference between adjacent zones was plus 1 hour. The farther the zone is from Greenwich, the more time there is. It was this decision that became the basis for the creation of watches that can show time in different countries and, accordingly, time zones.

We advise you to read:  Skeleton Sound Wave - Four new models from G-SHOCK

The first Worldtimer model with a world time system, which implied a 24-hour indication, was created by watchmaker Louis Cottier in 1931. Such watches received an additional hand, which must be set upon arrival in a new city or country to the desired time zone. Time in other cities is displayed on a 24-hour scale, which is colored in different colors to understand where it is day and where it is night. This feature was implemented by Patek Philippe in the 515 HU square case and the 96 HU Calatrava case. These watches are now worth millions of dollars.

Many modern watch manufactories still use this method of indicating the world time. Some manufacturers supplement watches with a separate dial with hour and minute hands. In electronic models, the time changes automatically, using a radio signal or a GPS receiver for adjustment. Today, the indication of world time is not a luxury or a rarity. Every traveler can afford a functional watch that makes life on the road much easier. 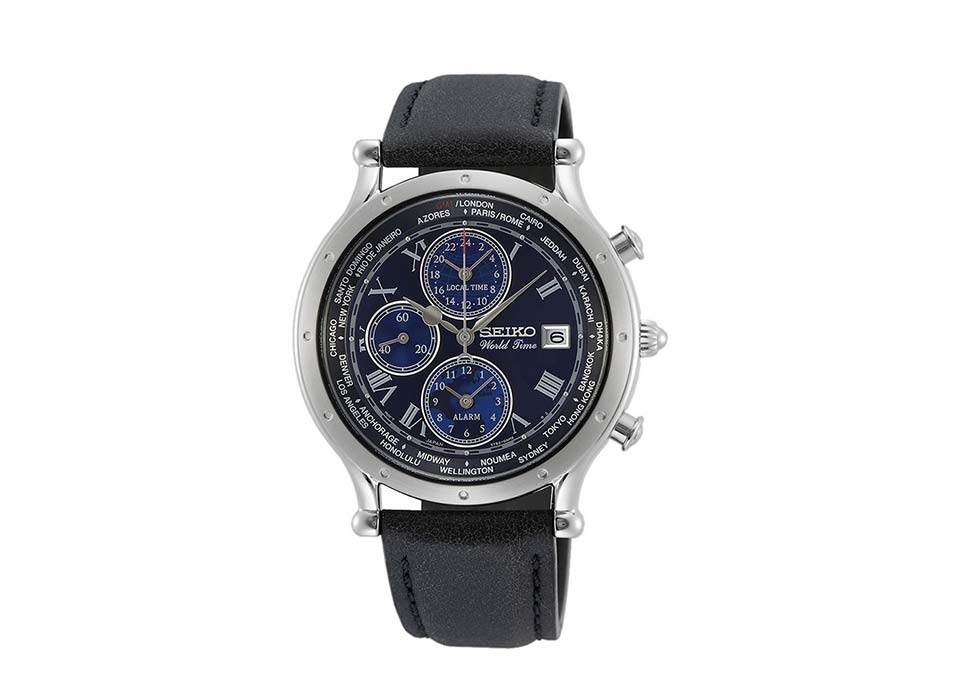 All Japanese manufactories love to create models with a world time function. The Seiko SPL059P1 watch has a 5T82 quartz movement. The case of the model with a diameter of 40 mm is made of steel. The dial, protected by a hardened mineral glass Hardlex, has a separate counter at the 12 o'clock position, where you can set the local time.

The scale next to the bezel reflects all 24 time zones for determining the time in any city in the world. Also, this model has an alarm function, so as not to oversleep an important meeting due to jetlag (time zone change syndrome). 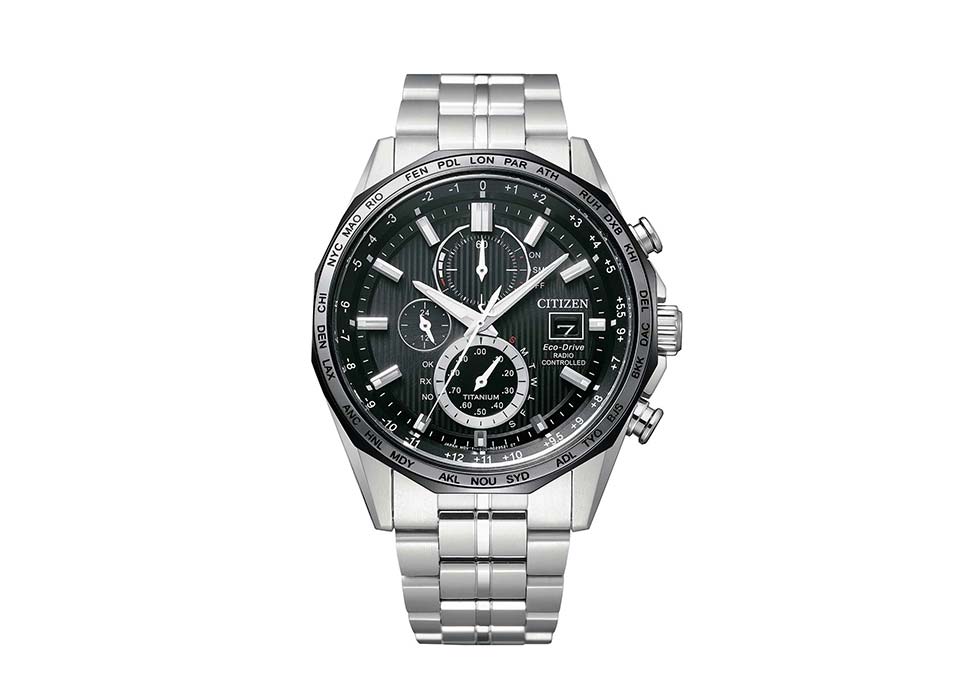 Seiko's main competitors in the Japanese market, Citizen, also keep track of world time. Model AT8218-81E received an indication of other time zones directly on the bezel. On the scale, you can see how the time in a particular city in the world (Citizen shows the time in 26 cities at once) differs from the local one. It is also based on a quartz caliber - Citizen H800, which is equipped with an Eco-Drive system. The watch is charged by solar energy and can work autonomously for up to 180 days.

We advise you to read:  Water in a watch: why is it dangerous and how to deal with it

With the energy saving function activated, the model will show the correct time for 10 months at all. The AT8218-81E is not just a chronograph, but also a perpetual calendar with day and day indications in a separate counter at 6 o'clock. The 44mm case is made of very strong and lightweight titanium. 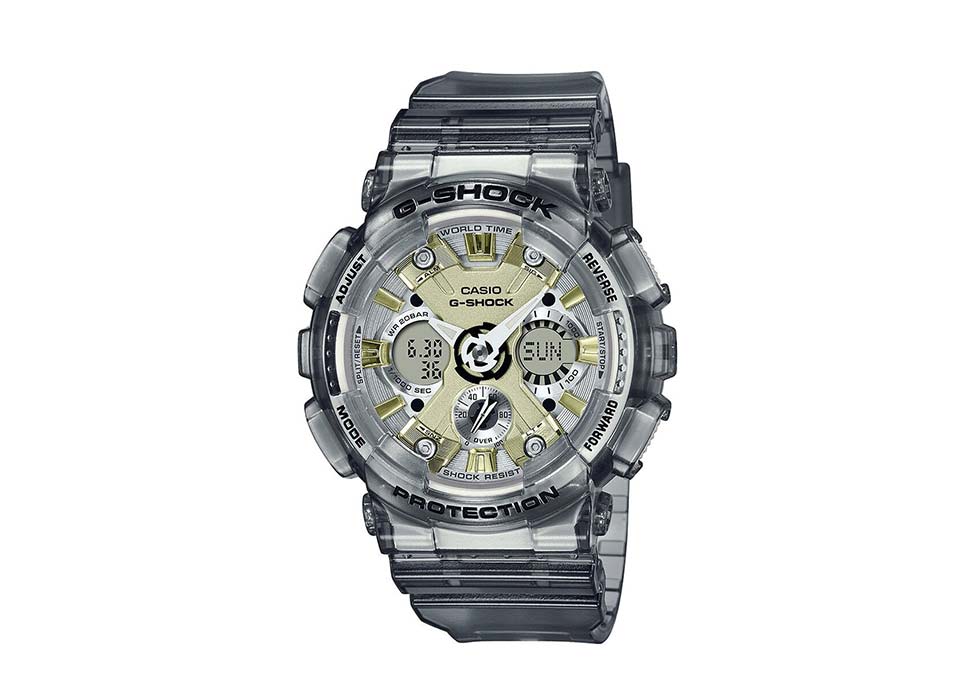 The Japanese Casio packs world time technology into heavy-duty G-SHOCK, with which you can go on the most extreme journey without worrying about the safety of the watch. The heavy-duty plastic case and mineral glass provide water resistance up to 200 meters, so the model is great for recreational diving. Even in scuba gear, you will know exactly what time it is in your hometown.

The model also allows you to switch between summer and winter time. The backlighting of the dial turns on automatically, one has only to turn the watch towards the face. Caliber Casio 5425 is not afraid of magnetic fields, it will always show the time correctly. The watch also received the function of a perpetual calendar, which does not need to be set up until 2099, and an alarm clock. 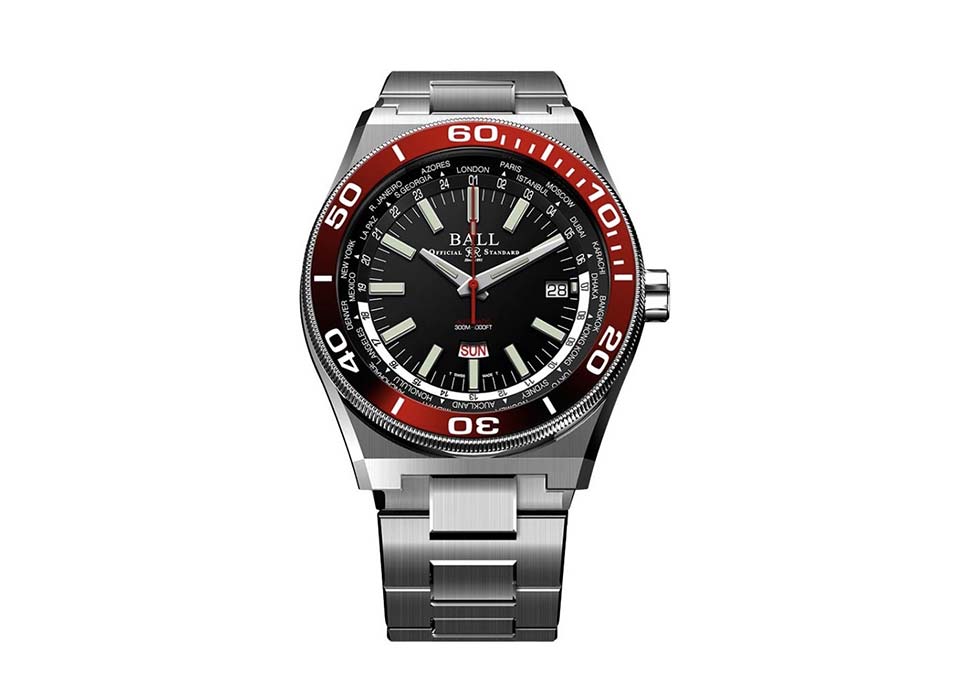 If you still like exclusively the Swiss, then take a closer look at the BALL manufactory. Model DG3032A-S-BKRD received a classic world time display (white and black on the scale are used to display day and night), while the watch is a professional diver with a water resistance of up to 300 meters.

The watch is equipped with the in-house caliber BALL RR1501 with a 38-hour power reserve, which is protected from magnetic fields. At the 6 o'clock position there is an indication of the day of the week, and the date can be seen at the 3 o'clock position. 15 gas micro tubes, which will last up to 25 years, on the hands and dial allow you to read the time even in total darkness. The 42 mm diver case is made of steel, aluminum bezel with fluorescent illumination rotates in one direction.

We advise you to read:  Must-have of the week: 10 most stylish pearl jewelry 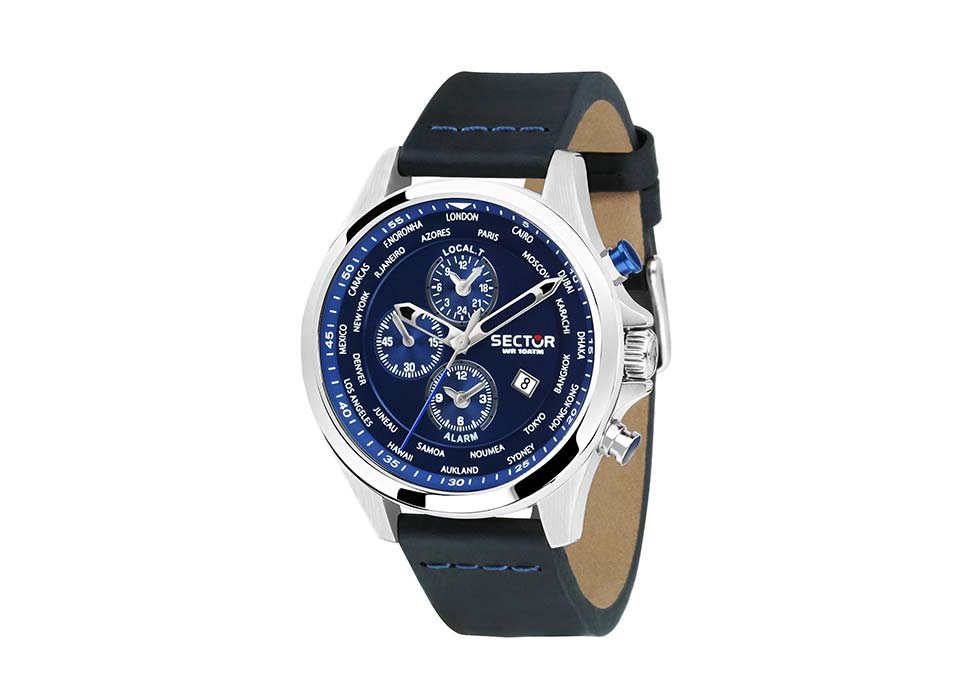 The Sector brand offers a more democratic European model - R3251180023 with a quartz movement. Local time is set here on a separate counter. Other time zones are located on the scale under the bezel. Also on the dial there is an indication of the day of the week, an alarm clock and a separate counter for the second hand.

This is a very massive model: the 46 mm case is made of steel, and its thickness is as much as 10,7 mm. One of the movement control buttons is painted blue, which coolly emphasizes the shade of the dial and the stitching on the leather strap.