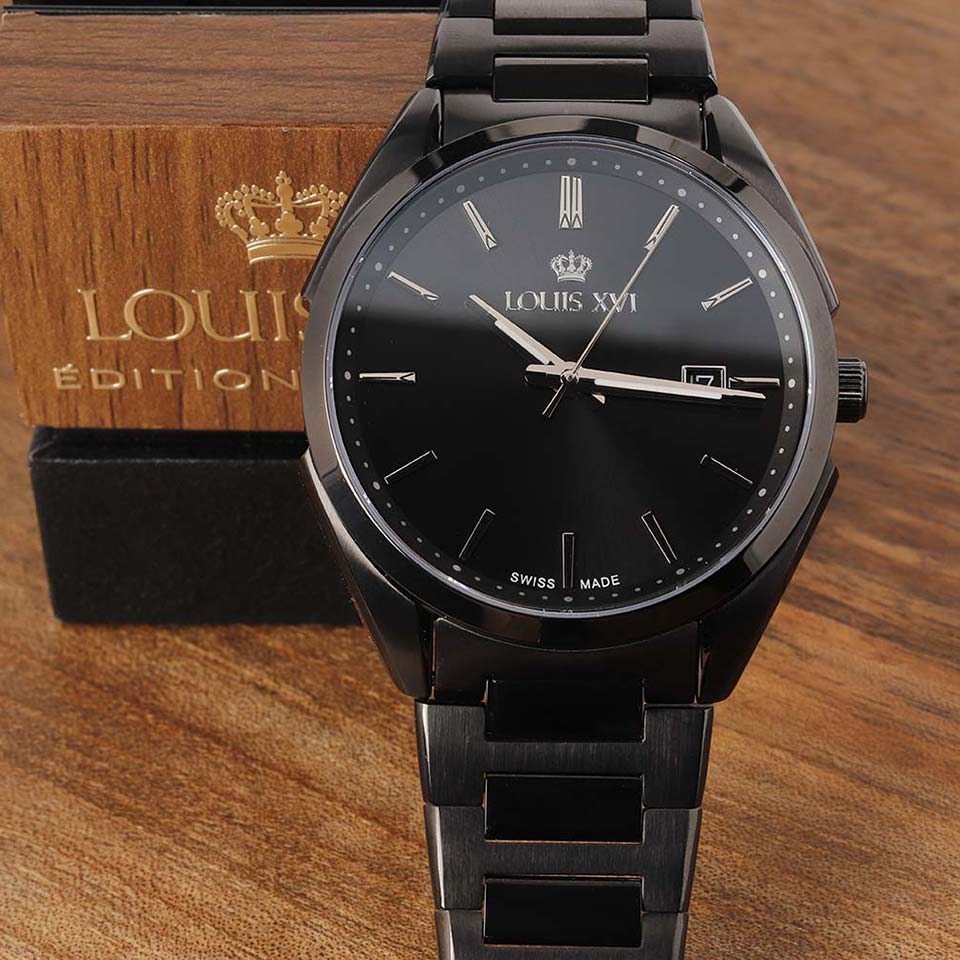 Model "Le-Voyage-1016" belongs to the line of watches in urban style. As stated in the brand description, this line is designed for progressive people who are open to everything new. It is characterized by a simple design and light outlines. And the reviewed model is a vivid example of this. The rule of three objects is clearly traced in it: it is this number that does not overload the general view, and the composition does not look too “liquid”. This does not mean that the remaining elements were saved or forgotten about, they are simply less pronounced for the sake of the general style. 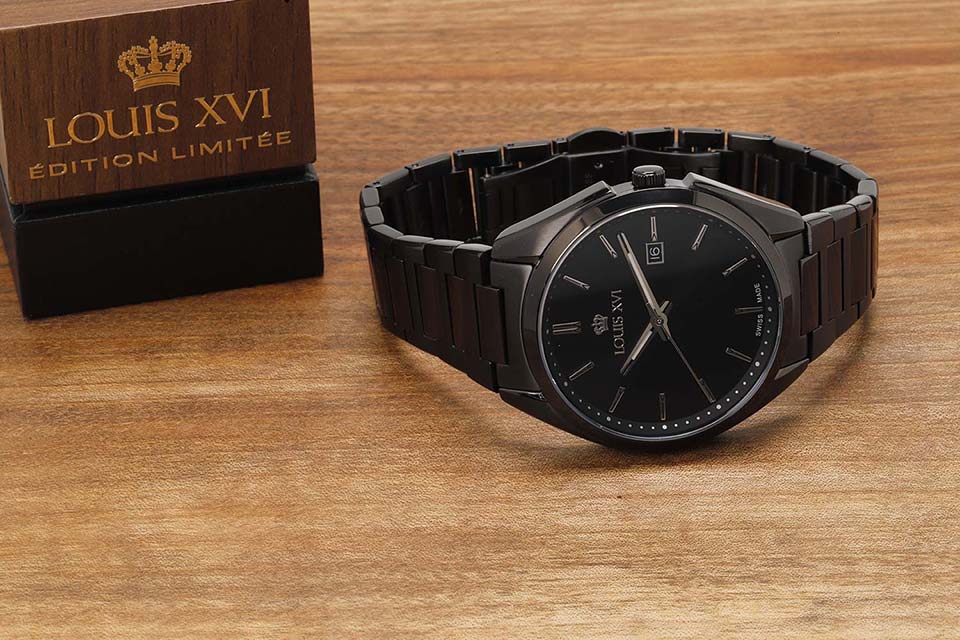 Let's jump right into the watch review and start with these three main elements.

First on this list, I would put the case, or rather the arms to which the bracelet is attached. Usually, if manufacturers constructively focus on any part of the case, they try to create the effect of a separate overhead element, highlighting it from the overall picture in various ways. For example, several types of processing or the presence of decorative elements that imitate its attachment to the body. Here everything is exactly the opposite. It is clearly seen that the protruding arms are part of the case and the overall design. 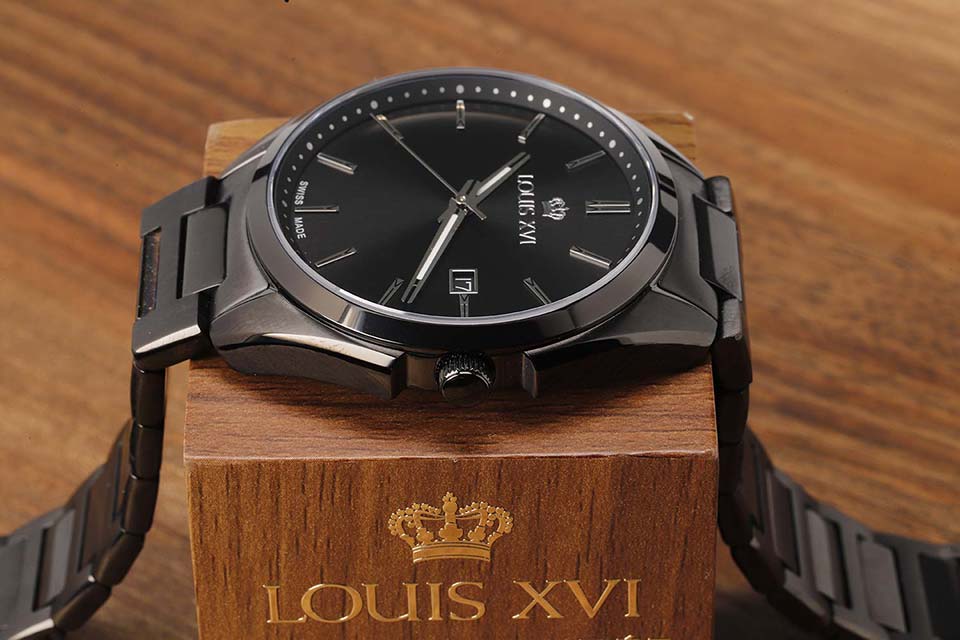 The second and central element (both literally and figuratively) are the arrows. The central white part is a strip of phosphor for determining the time readings at night. The black one, which seems to be an extension of the white part of the arrow, is actually a void. Through it, if you look closely, you can see the dial and marks. The side parts of the hands are located at a slight angle to the plane of the dial and to each other, creating the impression of freely floating elements. All this together allows you to determine the current time in almost any lighting conditions.

The third element is overlay marks. They are made in the form of an elongated trapezoid, slightly tapering upwards. Such a solution is interesting in that it is not common, it repeats the shape of the arrows, as if continuing them. The tags themselves are polished and engraved with black paint poured into it. And although they are the smallest of the three selected elements, they play their role in the overall style of the watch along with others.

We advise you to read:  New model from the Swiss brand Delbana Della Balda in gold color 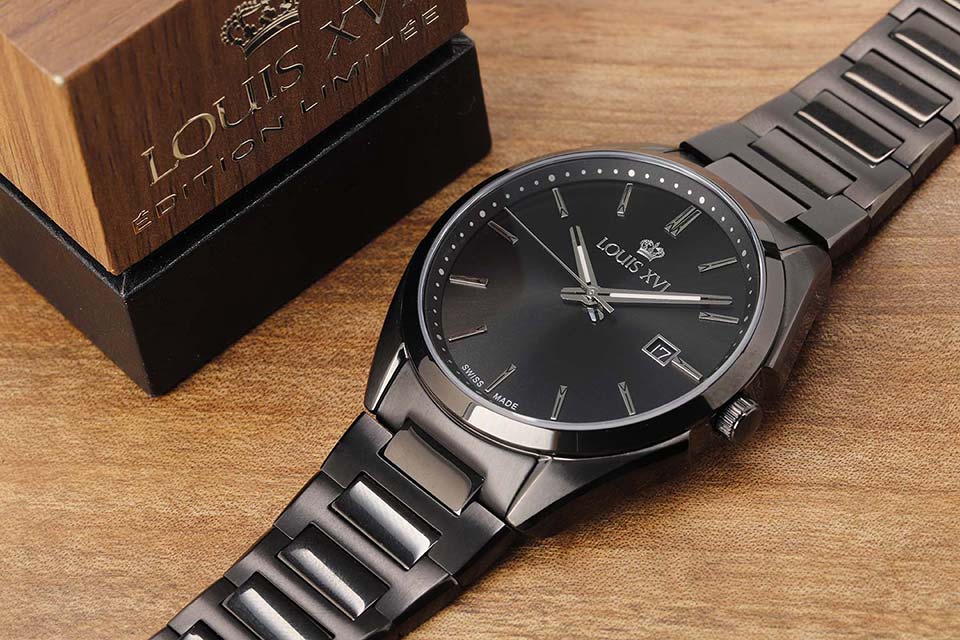 Having dealt with the main ones, let's move on to the rest of the clock elements.

The dial is made using the "Sunburst" technology, which means "sun rays". The essence of the relief pattern on it lies in the rays scattered from the center, similar to the sun. Such a dial itself looks beautiful and, in good light, effectively conveys the play of light and shadows. In our case, the rays are expressed dimly. The dial creates the effect of a matte structure, and "Sunburst" appears occasionally in certain lighting, as if flirting with us - no, no, and it will seem.

The minute markings are placed on the inner bezel, which makes the dial visually even larger, the general view is lighter, but at the same time does not affect the convenience and accuracy of reading the time. There is no phosphor on the labels as such, but to be honest, is it needed here at all?

All this minimalist design is diluted only by the name of the brand with an emblem, belonging to the country of manufacture and a date window. It is located at around 3 o'clock and is framed by a frame, to match the applied marks. The numbers are printed in white on a black background. Given the overall style of the watch, one could not expect otherwise.

The glass is scratch-resistant sapphire. 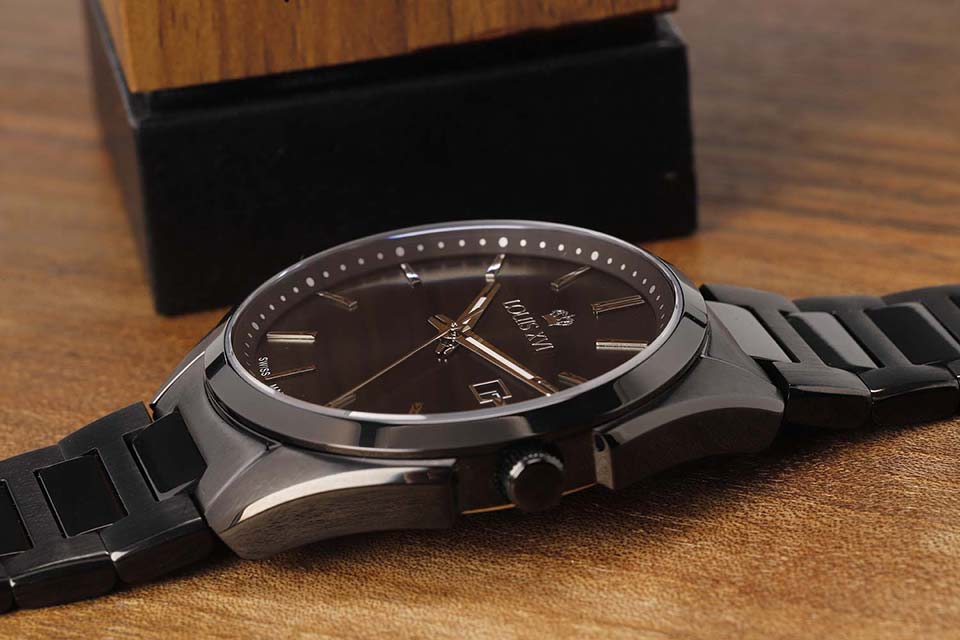 The case is made in the optimal size for most. Its 41mm diameter, combined with the anatomically curved lugs, will provide a great fit on most wrists. An additional bonus is the small thickness of the watch, only 8,5 mm, which will allow you to easily wear the watch with any type of cuff.

The crown is not threaded, which is understandable, given the degree of water protection of 50 WR (50 m). This indicator will save you from splashes and light rain, but no more. But the back cover is screwed. For an ordinary man in the street, this will seem illogical, but for production, everything is just the opposite. For the unification and standardization of watch parts and the resulting reduction in the range of necessary machine tools and equipment, the watches are easier to get "buns" from their older counterparts. The cover itself has an engraving, made, like the watch itself, in a minimalist style. In the center is a coat of arms with the name of the brand. Along the edges, on two concentric circles, the watch belongs to a limited edition with an indication of the serial number and other technical information.

We advise you to read:  Men's watch Stuhrling Emperor's Tourbillon 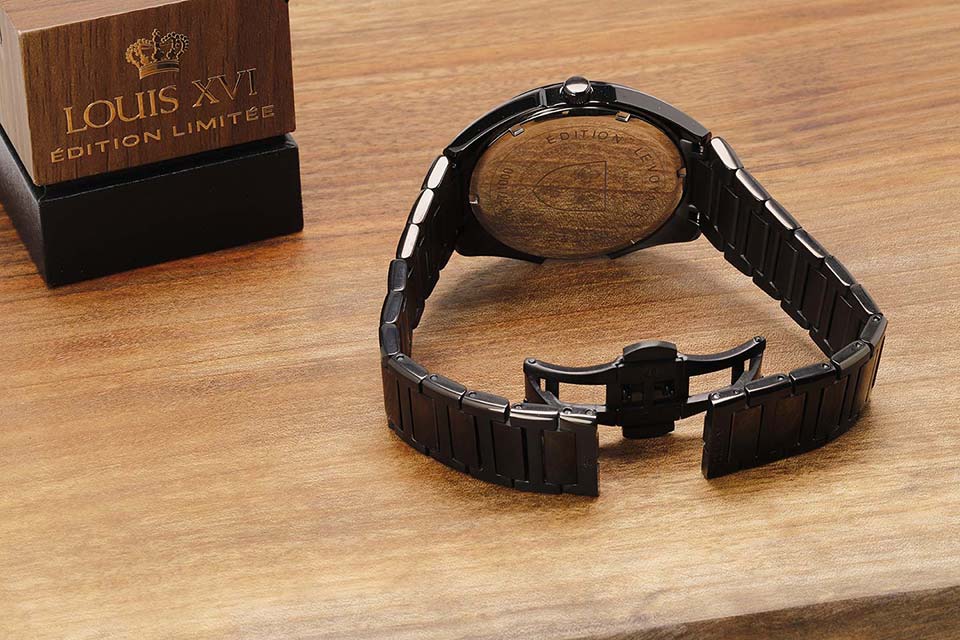 The bracelet has cast links, including those adjacent to the case, which is an indisputable plus. It is quite comfortable and due to the average size of the links fits the hand well. The clasp is a double-sided butterfly, on both sides of which the brand and logo are indicated. It is easy to use, fixed clearly, but does not have micro adjustment. 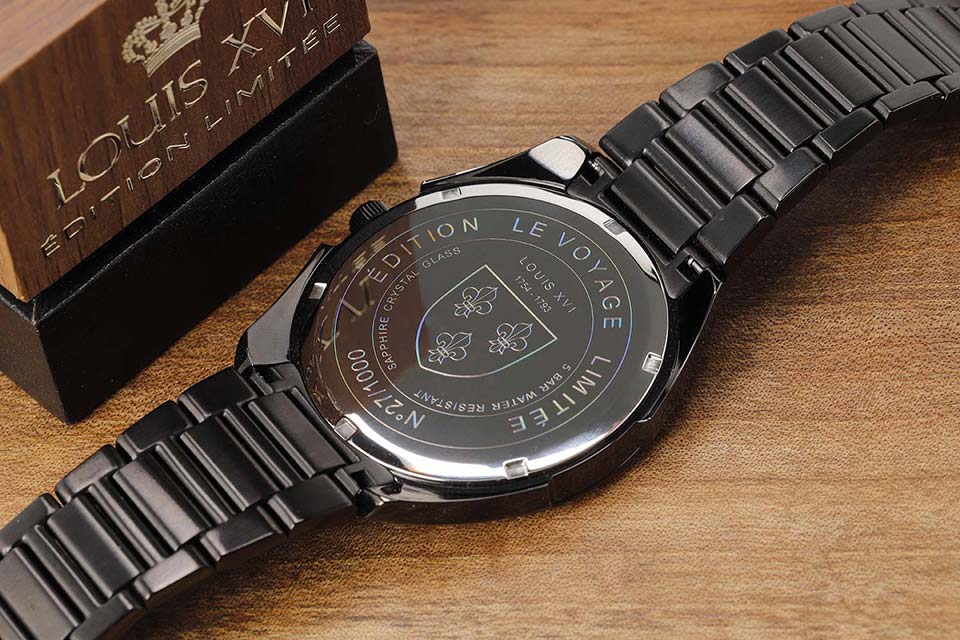 Reliable quartz movement "Ronda 715" with protection against shocks and falls will always please with accuracy and only occasionally, once every couple of years, remind you of the need to replace the battery. The second hand does not fall into all divisions. This is not a marriage and is inherent in the vast majority of quartz movements.

One of the company's basic principles is the use of PVD-coated stainless steel. I am skeptical about all kinds of coatings, so I specifically saved this part of the review for the end. Looking at the watch for a long time under various lighting conditions, I liked that the manufacturer initially did a good job on the finish. And after applying the black PVD coating, the elements of the case and bracelet are not just black, but also have a different structure. Yes, even though it is not as clearly visible as on a steel watch, but it is there! Glossy elements against a matte background give the impression of ceramic inserts, which makes the overall look of the watch even richer.

What do you want to say in the end. This model is unlikely to fit as a watch for every day. But if you love watches, love their diversity and carefully select your wardrobe, then Louis XVI Le-Voyage-1016 can be a good accessory that complements your look, and in some cases its highlight.